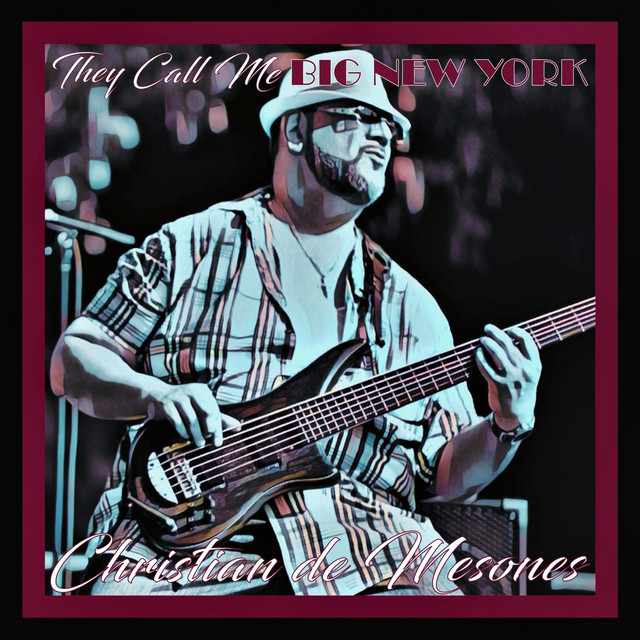 They Call Me Big New York

“Year of the Dragon”

Funk, rock, jazz and Latin influences flavor the original music of veteran bassist Christian “Big New York” de Mesones. A graduate of the Bass Institute of Technology in Hollywood, California, De Mesones studied with jazz greats including Ray Brown, Abe Laboriel, Steve Morse and Pat Metheny. And while he’s had chart success with his self-released singles, and has generated some excitement in the Northern Virginia area where he resides, and in D.C., where he sold out Blues Alley last year, de Mesones has just released his first full-length recording under his own name. They Call Me Big New York collects de Mesones’ singles, including “Latin Jive Redux,” which went to No. 1 on U.K. charts, and puts the bassist in the company of some of the top contemporary-jazz talent with whom he’s worked in recent years. His mastery of the six-string fretless bass is evident but not ostentatious on tracks such as “Year of the Dragon,” included here. Trumpet and guitar solos float through a lush orchestral bed, as de Mesones maintains a liquid rhythmic line and Chao Tian adds a lustrous shimmer on the yang quin, or Chinese dulcimer.