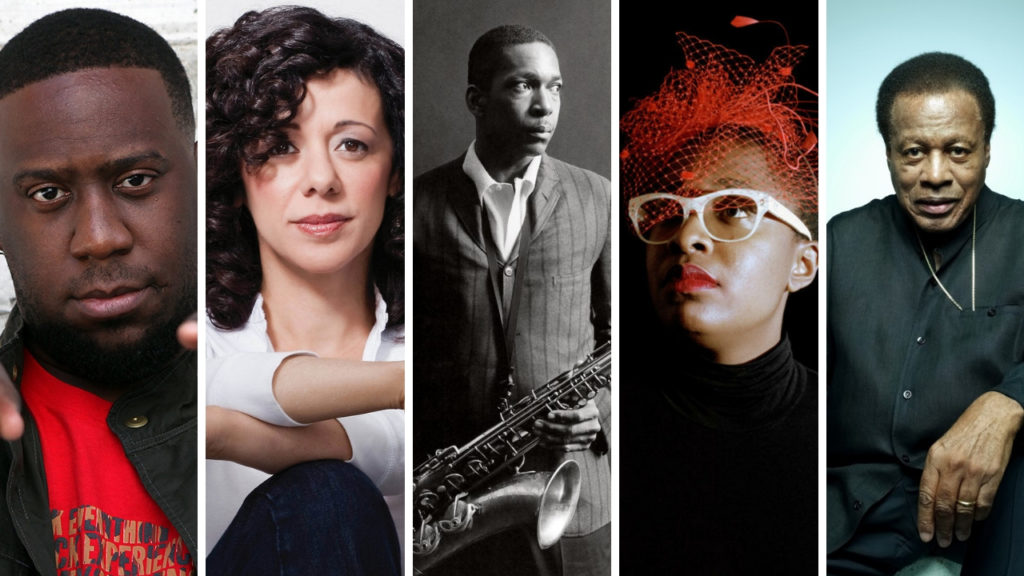 When it came to album releases, 2018 was anything but business as usual.  This year saw a slew of new releases that continued to expand the borders of jazz to its ever-increasing margins. These albums crossed genres, pushed envelopes and in some cases, rewrote history.

At JAZZIZ, we were fortunate enough to have hands-on access to much of this year’s new music. As the year winds to a close, we’d like to share some of that great music with you. We’ve assembled our favorite albums from each month and listed them below in chronological order. It was an arduous task, but one we were all too happy to undertake. After all, when it comes to jazz, looking back can sometimes help you understand where things are heading.

From new artists revisiting the work of jazz masters to living legends treading into unexplored territories, here are the albums that made 2018 one of the best years on record.

A pair of jazz titans — linked by their work in the seminal fusion band Return to Forever — reunite for a bracing set of electrifying new music.

Dr. Lonnie Smith, All In My Mind (Blue Note)

Comprising music from the organ legend’s 75th birthday set at Jazz Standard in New York City, All In My Mind is equal parts funk and festivity.

Jamison Ross, All For One (Concord)

Ross — a drummer and vocalist with a deep reserve of soul — offers a program of reinvented jazz standards and cool, unruffled originals.

The worlds of electronica, hip-hop, contemporary classical and acoustic jazz collide to delightful effect on this outing by the endlessly inventive British trio GoGo Penguin.

This two-disc album by pianist Keith Jarrett, bassist Gary Peacock and drummer Jack DeJohnette (also known as the Standards Trio) was originally recorded on November 14, 1998. It marked Jarrett’s first show in front of an audience since taking a two-year hiatus due to chronic fatigue syndrome.

This fantastic outing from Brill Frisell was the guitarist’s first solo recording in 18 years. Featuring new music and a handful of gems from Frisell’s past, this album is all about honesty, transparency and musical connection.

Halvorson, one of the most creative minds in modern jazz, marks her first foray as a lyricist with Code Girl. Her first-rate band — featuring Ambrose Akinmusire on trumpet and Amirtha Kidambi on vocals — brings Halvorson’s poetic visions to life.

Saxophonist Joe Lovano and trumpeter Dave Douglas join forces once again as Soundprints. Like everything else these artists do, the music on Scandal is guided by respect for tradition and commitment to innovation.

A songwriting legend teams up with the master of organ-jazz for a spirited program of new and classic material that is equal parts beauty, brain and brawn.

Nobody does jazz fusion quite like Peter Erskine, and this thrilling new double album is a showcase for the drummer’s unique brand of coolness. It also happens to feature some of the best artists on the West Coast.

Henderson’s sophomore album on the Smoke Sessions label finds this trumpet icon (and former medical doctor) revisiting funk-flavored gems from his storied past as a sideman to Herbie Hancock and others.

Diamond Cut is saxophonist Tia Fuller’s first recording as a leader since 2012. In the time since, she toured in Beyoncé’s all-female backing band became a full-time professor at Berklee College of Music. This album reflects the wealth of experiences she absorbed during her journey.

John Coltrane, Both Directions at Once (Impulse!)

Saxophonist Sonny Rollins said discovering this previously lost Coltrane session was like “finding a new room in the Great Pyramid.” This was indeed one of the most significant records of the year, one that enhanced our understanding of Coltrane’s career and made for some interesting changes in direction for jazz history.

One of the leading voices in straightahead jazz turns the lamp down low for this collection of beautiful, soul-bearing ballads.

Sanabria, a Bronx-born percussionist at the forefront of the Latin jazz scene, brings the heat to this creative reimagining of the classic Bernstein-Sondheim score.

Roberts, an ascendant tenor saxophonist from Australia, has shared the stage with giants like Wayne Shorter and Marcus Miller. His astounding technique and brilliant compositional mind are in full force on his eighth album as a leader.

The king of jazz-world fusion returns with this album of live cuts recorded during his Elegant Gypsy 40th Anniversary Tour from 2017. This timeless material still crosses boundaries and smashes genre walls.

Grammy-nominated vocalist Luciana Souza sets music to the work of Leonard Cohen and other poets — including herself — on her latest outing for Sunnyside Records.

Miles Okazaki’s monumental Work presents the complete compositions of Thelonious Monk on solo guitar, in six volumes. This is the first time the complete Monk songbook has been recorded on a single solo instrument.

An audio-visual feat of epic proportions, Emanon consists of a triple album of original music by The Wayne Shorter Quartet and the 34-piece Orpheus Chamber Orchestra. The music is accompanied by a graphic novel penned by Shorter with Monica Sly and illustrated by Randy DuBurke. Shorter, a modern-day superhero of the saxophone, proves he can still leap buildings with a single bound.

Salvant is as bright a star as they come in the jazz world. The 29-year old continues to wow critics and audiences alike with her unique blend of blues singer attitude, Broadway stage presence and modern jazz aesthetic.

Two stars of vocal jazz — one a certified legend, the other a legend in the making — unite to celebrate the music of George and Ira Gershwin.

In 2014, the Jazz at Lincoln Center Orchestra with Wynton Marsalis welcomed a special guest to their Manhattan stage: nine-time GRAMMY-winning singer, songwriter, actor, and activist Rubén Blades. This historic CD captures all the musical magic from that live event.

Ambrose Akinmusire’s latest project finds the trumpeter moving in a bold new direction, toward a place where contemporary classical music, hip-hop, jazz and the avant-garde converge.

Drummer Makaya McCraven has been at the forefront of jazz’s hip-hop-obssesed new wave since the very beginning, adamantly blurring lines between live performance and post-production. His latest project represents his most refined vision yet.

Pianist Frank Kimbrough turns his powerful interpretive powers toward the music of Thelonious Monk, releasing a six-volume set that spans each one of Monk’s 70 compositions. He’s joined in the effort by bassist Rufus Reid, drummer Billy Drummond and multi-instrumentalist Scott Robinson.

Myra Melford’s Snowy Egret, The Other Side of Air (Firehouse 12)

Snowy Egret features piano visionary Myra Melford alongside four of the most compelling musicians in progressive jazz: cornetist Ron Miles, guitarist Liberty Ellman, bassist Stomu Takeishi and drummer Tyshawn Sorey. The Other Side of Air makes art from the friction between dissonance and harmony, freedom and control.

This second installment in trumpeter Marquis Hill’s Modern Flows series pairs the hard-bop energy of an Art Blakey set with the hip-hop swagger of a J. Dilla track.

This recently unearthed collection of tunes from Fred Hersch showcases the pianist’s first concerts at the Village Vanguard, the Greenwich Village jazz club that, in the years since, has become his musical home.

Jazz wunderkind Jacob Collier’s follow-up to his acclaimed 2016 debut album, In My Room, is an ambitious project: a four-volume magnum opus titled Djesse that finds the vocalist/multi-instrumentalist tracing his roots while exploring a different musical fabric and feel.