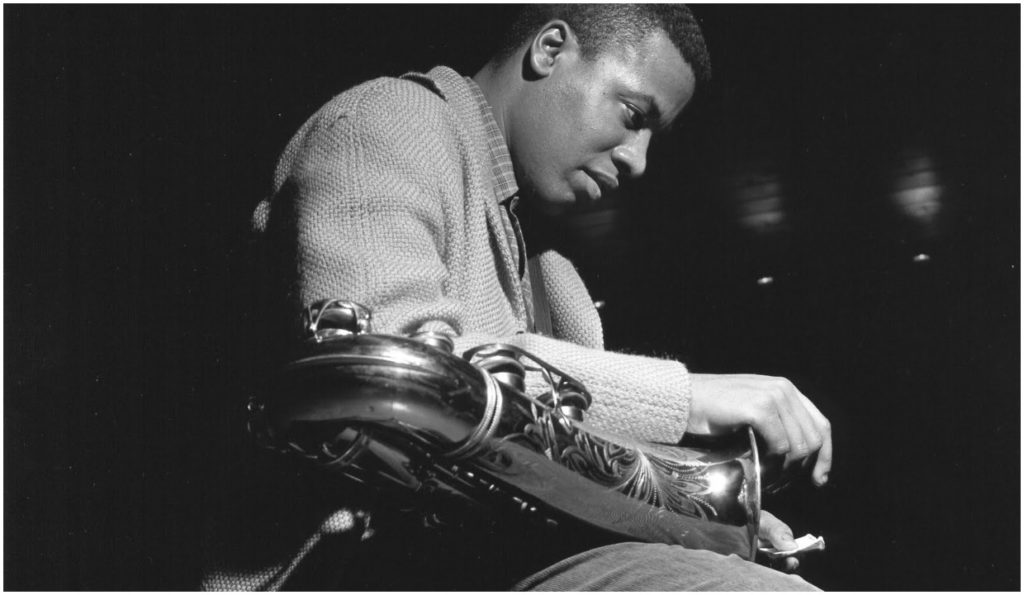 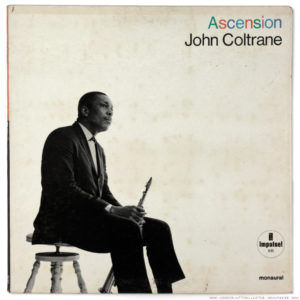 In 1966, John Coltrane kicked off what is now referred to as his “experimental period” with Ascension. This album was both a continuation of his compositional approach to the spiritual themes of A Love Supreme and an expression of his desire to distance himself further away from the traditional classic quartet of his earlier records. Ascension also moves beyond the traditional song form; it is a 40-minute composition and an experiment free from melodic, harmonic and rhythmic rules that recalls Ornette Coleman’s Free Jazz: A Collective Improvisation experiment from around four years earlier. Performed with an 11-piece ensemble – including three tenors, two altos, two trumpets, two basses, one piano and a drum-kit, Ascension’s caustic interplay and concatenation of solos placed Coltrane firmly into the avant-garde, where he would stay for the remainder of his life. 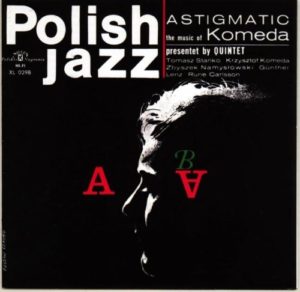 Astigmatic was greeted internationally upon its release as the work that established a new, distinctively European jazz aesthetic that differed from the dominant American one. Its three long-pieces showcased a dramatic lyricism, expressionist influence and symphonic sensibility that introduced not only a new way of playing jazz but also a new way of listening to jazz. Its bandleader/composer was a Polish self-taught pianist named Krzysztof Komeda who is not only known as one of the founding fathers of European jazz but also as the “Lost Father of Polish Jazz,” due to his early death three years after the release of Astigmatic. He was also a celebrated film composer and wrote original scores for the films of such acclaimed directors as Andrzej Wajda, Roman Polanski and Ingmar Bergman. 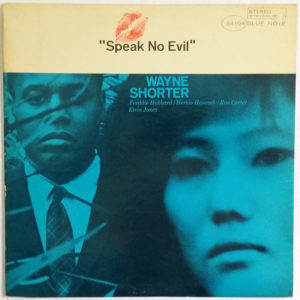 From 1964 to 1966, Wayne Shorter released a trilogy of albums that established his legacy as one of the jazz greats. The last of these, Speak No Evil, particularly different from his previous two outings, Night Dreamer and JuJu. This is partly because, aside from Elvin Jones on drumming duties, it featured a completely different ensemble, with Herbie Hancock on piano, Freddie Hubbard on trumpet and Ron Carter on double bass. The lineup change allowed him to distance himself from the moniker of “Coltrane disciple” that jazz critics had bestowed upon him, due to his previous band’s association with ‘Trane. It also allowed the saxophonist/composer to explore darker territories, inspired by such themes as witchcraft and nightmare and made Speak No Evil the moodier and most atmospheric of his classic Blue Note LPs. 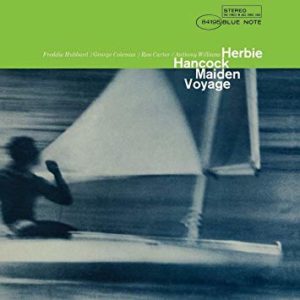 Maiden Voyage is one of the key albums in the development of modern jazz. It took further the freedom of expression discovered in modal jazz and was a concept album of sorts that aimed to capture the vastness and majesty of the ocean. The LP wasn’t only a major milestone in the career of pianist/composer Herbie Hancock; the almost immediate success of its title track and “Dolphin Dance,” both of which acquired jazz standard status, shows that it also made a huge impact on the jazz canon. Almost as a tribute to Miles Davis, who had sparked the “modal revolution” with his 1959 album Kind of Blue, Hancock’s Maiden Voyage band is his short-lived example with saxophonist George Coleman, bassist Ron Carter, drummer Tony Williams, and with Freddie Hubbard replacing him on trumpet. 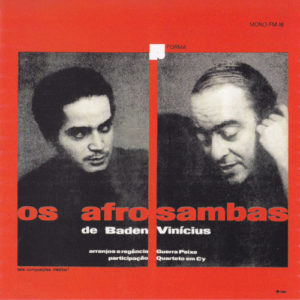 By the early ’60s, bossa nova had become a worldwide sensation; at the same time, one of its main figures, singer/songwriter Vinicius de Moraes, met a young guitar prodigy named Baden Powell at a club in Copacabana. The two embarked on a creative partnership that led to the creation of some of the most exciting and innovative music of the time. Together, they researched Afro-Brazilian music from Bahia and the sounds of traditional Afro-Brazilian religions, incorporating it into their compositions, which fused them into the cool, refined style of bossa nova. De Moraes and Powell wrote more than 50 songs together and included some of their best songs on their 1966 LP, Os Afro-Sambas, titled after the name of the music they had developed.