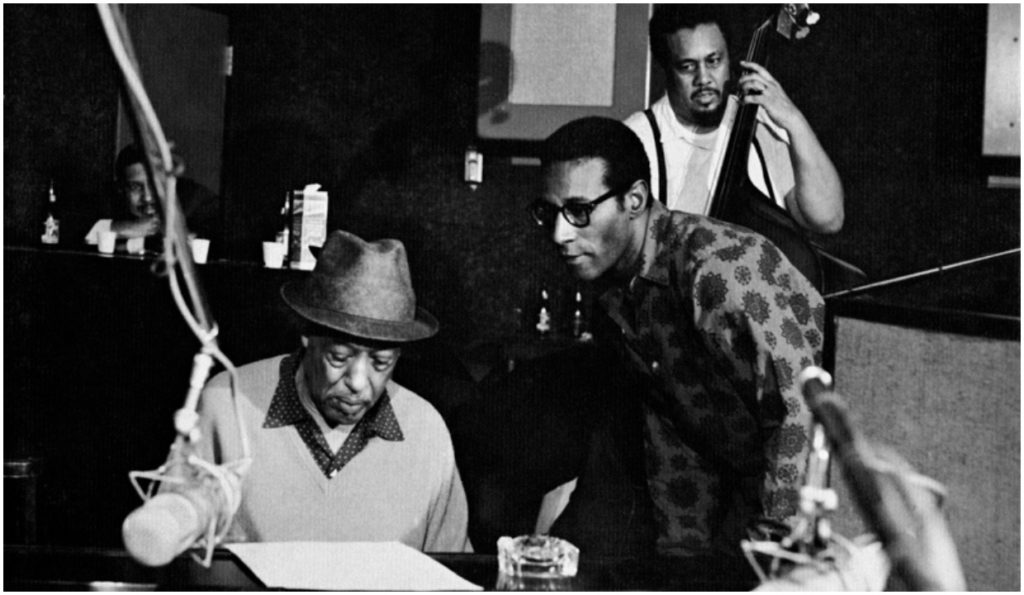 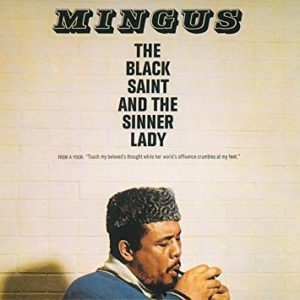 Charles Mingus, The Black Saint and the Sinner Lady (Impulse!)

Bassist-composer Charles Mingus grafted modal improvisation onto the big band format to give birth to his most powerfully realized extended work. The Black Saint and the Sinner Lady is performed by an 11-piece ensemble and influenced by Duke Ellington, but is also a work of modernistic individualism, strengthened and perfected by producer Teo Macero’s innovative splicing techniques. Originally conceived as a music program for a collective dance, The Black Saint and the Sinner Lady consists of a continuous composition, representing at once the plight of black life in American, the fight for freedom and Mingus’ struggles with his own inner demons. As his then-psychotherapist Edmund Pollock wrote in the album’s liner notes, with his album, he tried to “tell people he is in great pain and anguish because he loves.” 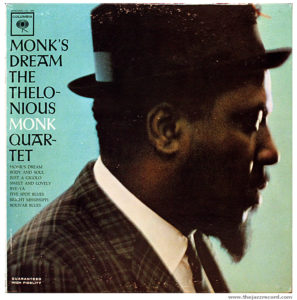 It’s hard to imagine that pianist-composer Thelonious Monk was once a polarizing figure in jazz. Though he had written many of his best-known works before the age of 30, he had also, for a long time, struggled to be taken seriously. By the early ‘60s, the public and the critics had all caught up with his music and accepted his status as one of the great artists of modern jazz. Monk’s Dream marked this consecration; it was also his first LP for Columbia, which saw him returning to the studio after a run of live albums. Monk’s Dream was also his most polished production to date. Here, he revisited some of his old music with a tight, new band, featuring his trusty sideman, saxophonist Charlie Rouse. Two of the tracks – “Just a Gigolo” and “Body and Soul” – stand out, providing an insightful look into the unique, angular piano improvisation he had been developing. 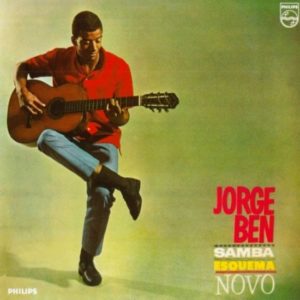 Jorge Ben is one of the pioneers of the golden age of Brazilian songwriting. His sound combined West African grooves with indigenous Brazilian music. It even defied social conventions by combining the working-class propulsion of samba with the elegance of the middle-class bossa nova. His approach to composition was also quite unique – it largely revolved around a personal guitar-playing style he had developed from an early age. Ben’s first full-length album, Samba esquema novo, is in retrospect lighter than his later ones, but was immediately successful and influential, thanks in no small part to the inclusion of his classic “Chove Chova” and the album opener, “Mas Que Nada.” The latter track was soon picked up and covered by many Brazilian artists, including Sergio Mendes, whose 1966 version would become his signature song. 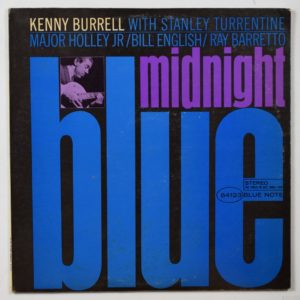 Midnight Blue is, quite simply, essential, late-night cool listening, and a crowning achievement of one of jazz’s greatest guitar slingers: Kenny Burrell. Recorded seven years after the release of his self-titled Blue Note debut as a leader, it perfectly captures the aesthetics of the label’s golden age with his fine blend of jazz and blues, evoking a sophisticated mood of a bygone era. Recorded without a piano, Midnight Blue features Burrell performing a program of his own compositions and features his guitar front and center, backed by a tight-knit unit including saxophonist Stanley Turrentine, bassist Major Holley, drummer Billy Gene English and saxophonist Ray Barreto. Opening with the minor blues classic “Chitlins con Carne,” the LP features such other highlights as “Mule” and B.B. King’s favorite, “Wavy Gravy.” 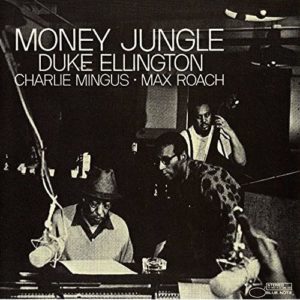 Duke Ellington will, inevitably, be forever associated with big band jazz. Nevertheless, his work within a small-group setting was just as impressive. Money Jungle, recorded in 1962, finds him playing piano in a trio with two legends in their own right: bassist Charles Mingus and drummer Max Roach, both of whom looked to him as a guiding light. Ellington also stepped up with four new compositions, including the explosive, album-opening title-track and the haunting ballad “Fleurette Africaine.” Throughout the recording, each musician remained true to his style and approach; in fact, Money Jungle has, since its release, been celebrated as a showcase of the potential for individual expression within small combos.

Song of the Day: Thelonious Monk, “Well, You Needn’t”