Pithecanthropus Erectus was not Charles Mingus’ first album as a leader. However, it was the one that established his reputation as a great artist. On this LP, he was finally able to, arguably for the first time ever, express the full extent of his potential as a bass virtuoso, bandleader and composer. The album is a meeting of past, present and future; Mingus drew on Duke Ellington’s “jungle sound” and the entire sonic palette of jazz history up to that point while delving into more obscure, unexplored territories, flirting with the avant-garde and projecting jazz right into the future. Nonetheless, the most impressive thing about Pithecanthropus Erectus is the way that Mingus was able to express not only the aesthetic vision of his music but also communicate its politically charged messages to the listeners. For example, the powerful 10-minute title tone-poem is a deep reflection on mankind and black life with reference to slavery, racism and other topics rarely mentioned in music up to that point, somewhat predating the social, cultural and political force that jazz would come to be in the following decade.

On August 12, 1956, the Hollywood Bowl hosted a Jazz at the Philharmonic program, having sworn to never host an event with the word “jazz” in it just over a decade earlier. Louis Armstrong and Ella Fitzgerald were part of this historic show, and the next day they met at the studio to record the first of their three studio albums together. Ella and Louis documents a meeting between two titans, backed by the Oscar Peterson Quartet, led by a young Canadian pianist that the producer of the album, Verve founder Norman Granz, had brought to the US. But the stars of the album were his two vocalists, and Granz made sure their voices would be up front as they interpreted familiar songs, many of them show tunes from Great Depression musicals. There was no time to rehearse but it didn’t matter: Fitzgerald and Armstrong shared unparalleled chemistry, whether sharing a lovers’ intimacy on “Cheek to Cheek” or bringing a philosophical depth to “Can’t We Be Friends.” On the year that marked the dawning of rock and roll, Ella and Louis captured people’s hearts, climbing the mainstream charts and even claiming the top spot of the Billboard Jazz chart.

Released just three years before her death, Lady Sings the Blues feels like a priceless document collecting versions of some of Billie Holiday’s best-known jazz-blues songs recorded in the best possible audio quality of the time by Clef, which would be absorbed by Norman Granz’ Verve just the following year. Indeed, the collection includes definitive versions of such Lady Day classics as “Strange Fruit,” “God Bless the Child” and the Herbie Nichols-composed title track, which was one of the four new songs introduced on the LP. Lady Sings the Blues was recorded over two sessions, one in Los Angeles in 1954 and the other in New York City in 1956, and with two different stellar ensembles. By the second session, Holiday’s voice had severely deteriorated and the difference in the quality of her voice is noticeable. Yet, it is precisely this crackle, full of pain and emotion, showing the marks left by a life of hardships, substance abuse and racial discrimination that makes Lady Sings the Blues seem all the more heart-rending as well as far more intimate and personal than the sensationalistic ghostwritten autobiography of the same name that was published that same year.

Different formations of the Jazz Messengers had been around since the late ’40s. However, it was arguably the line-up of their self-titled 1956 album that first captured the public’s ears and imagination; a line-up led by pianist Horace Silver and featuring drummer Art Blakey, saxophonist Hank Mobley, trumpeter Donald Byrd and bassist Doug Watkins. The Jazz Messengers includes many hard-bop standards, including Silver’s oft-covered “Ecaroh” and “Nica’s Dream,” plus a top-class take on “The End of a Love Affair.” Despite the group’s cohesion on the record, Silver left the band shortly after its release and took Watkins, Byrd and Mobley with him to start a new quintet with a different drummer. Blakey took over as “head” Jazz Messenger and over the years, he would also be known as a jazz ambassador by introducing many jazz greats to a wider audience through his incindiary band’s constantly changing formation for many decades, right up to his death in 1990. 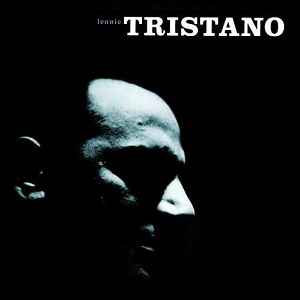 Pianist, composer and educator Lennie Tristano had a penchant for contrapuntal interaction of instruments, harmonic flexibility and rhythmic complexity. As a result, from the start, his music was criticized for lacking warmth and emotion. While he made small waves on the Chicago and New York jazz scenes throughout his career, he showed little interest in ambition and chose to remain true to his artistic vision. In 1956, he released a self-titled album that still remains to this day an oft-debated controversial jazz recording. Lennie Tristano is split into two pa: the first contains four compositions recorded in his home studio and the second consists of five live tracks with, among others, Lee Konitz on tenor. It was his use of extended studio techniques on the first four tracks, namely overdubbing and tape manipulation (of which “Turkish Mambo,” constructed out of four different piano played in different meters and recorded over a snare track, is particularly representative). This groundbreaking process was deemed controversial at the time, blurring the lines between composition and improvisation but also raising issues around artistic autonomy and authenticity.