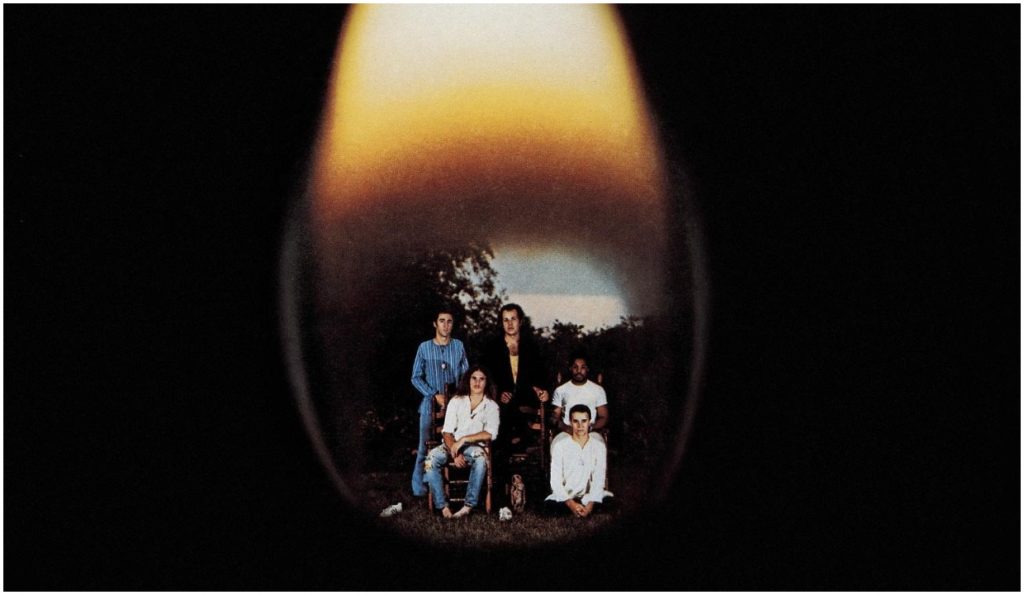 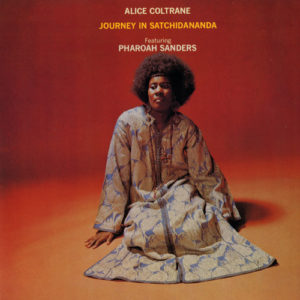 By 1971, Alice Coltrane had gained a reputation as a major music innovator and was developing her own musical language. On Journey in Satchidananda, she still made use of the compositional structures of her previous acclaimed Impulse! albums. However, this LP was also deeply influenced by the teachings of guru Swami Satchidananda, whose huge popularity at the end of the ‘60s became a symbol for America’s growing search for peace at the end of a particularly violent decade. Journey in Satchidananda created space for a meeting of cultures; its music was of great spiritual depth and a psychedelic fusion of modal jazz with Indian, African and Middle Eastern styles. It also featured a blend of instruments from the East and the West, with the former headed by saxophonist Pharoah Sanders (whose name appears on the covers) and the latter represented by the presence of such instruments as the oud and the tamboura, plus Coltrane herself leading and providing a modal core on piano or harp. 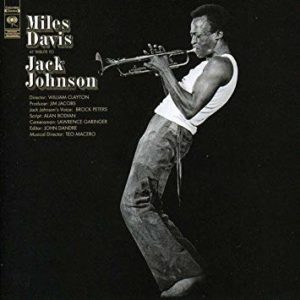 A Tribute to Jack Johnson, largely ignored at the time of its release, is now known as a landmark recording of Miles Davis’ fusion period, and one of the greatest jazz-rock recordings of all time. The music was composed by the trumpet legend for an Academy Award-nominated documentary on the life of the title boxer, who was the first African-American to become world heavyweight champion. While working on this score, Davis immersed himself in all things Johnson and concluded he had been a symbol of black pride. The genre-defiance of the album and, in some case, the fierce aggressiveness of the music itself not only represents the myth of Jack Johnson but also feels like a battle cry for racial freedom and personal emancipation. Consisting of only two tracks, spliced together by producer Teo Macero from four different sessions, this guitar-centric production also benefited from an A-list ensemble that marked an evolution in Davis’ band, especially via the prominence of guitarist John McLaughlin and the groove-oriented bass playing of Michael Henderson. 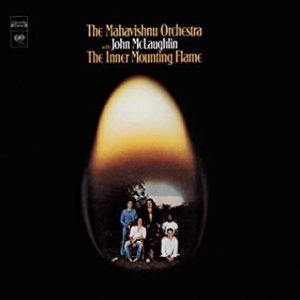 Having established himself as a pivotal figure of the growing jazz fusion scene, guitarist John McLaughlin became a household name via The Mahavishnu Orchestra, the band he formed in 1971 in New York City to bring his idiosyncratic musical vision to life. The work of his lifelong study of a wide range of genres and influences, the Mahavishnu Orchestra quickly became a major act with its first formation, which included Rick Laird on bass, Billy Cobham on drums and percussion, Jan Hammer on organ and keyboards, and Jerry Goodman on violin. The band was tightly-rehearsed and had already played several gigs before they entered the studio to record their debut album, The Inner Mounting Flame, which successfully targeted young rock fans and inspired scores of copycat acts. This hit recording, still beloved to this day, was a showcase of odd time signatures and rhythms reflecting McLaughlin’s interest in Indian music, but also his knowledge and understanding of jazz, funk, rock and electricity, encouraged and spurred on by a group of remarkable like-minded musicians as impressive in unison as on their own blistering solos. 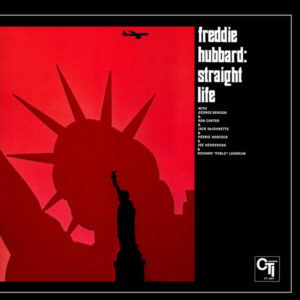 From hard bop to the avant-garde, trumpeter extraordinaire Freddie Hubbard had worn many hats before embracing jazz fusion, as so many of his contemporaries did, during the early ‘70s. He forged a partnership with producer Taylor Creed and would release during this period a series of records that rank among the best outputs of his CTI imprint. Straight Life may not be as well-known as Red Clay (1970) or First Light (1971). Yet, those who are familiar with it tend to universally agree that it is one of Hubbard’s very best recordings – remarkable right from that memorable intro on the 17-minute title track to the near-hypnotic groove of “Mr. Clean.” Straight Life is a stellar album. Featuring only three tracks, with two of them extending to just short of or over the quarter-of-an-hour mark, Straight Life features Hubbard offering a bridge between the old and the new via a fine, sophisticated performance and generously offering plenty of space to his fellow band members, including saxophonist Joe Henderson, keyboardist Herbie Hancock, first-call bassist Ron Carter, drummer Jack DeJohnette and a then-young and promising guitarist named George Benson. 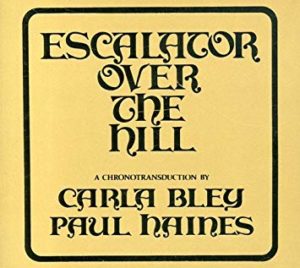 Escalator Over the Hill is one of the most fascinating large-scale music productions of its time – a collection of 3 LPs presenting music of colossal magnitude and creativity. Described as a jazz opera, the album was inspired by poet Paul Haines, who also wrote its libretto, and was produced/coordinated by Michael Mantler. However, it most importantly marked the affirmation of Carla Bley – who cited Kurt Weill, Erik Satie, and The Beatles as her primary influences at the time of its release – as a force to be reckoned with. On Escalator Over the Hill, she lets loose the full extent of her orchestral vision, drawing on a loose narrative set in a strange hotel populated by even stranger individuals. Each of the artists of the massive ensemble she assembled – billed as the Jazz Composer’s Orchestra – plays an active character within this narrative, including Gato Barbieri, Jack Bruce, Linda Ronstadt, Don Cherry, Viva, John McLaughlin, Mantler and Bley herself on piano, organ, celeste, chimes and calliope.