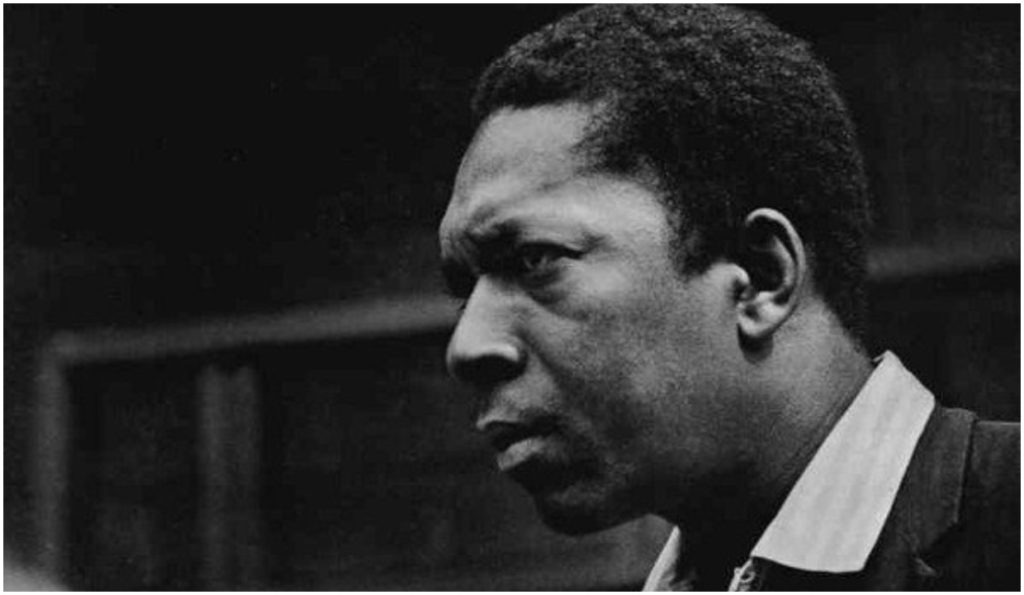 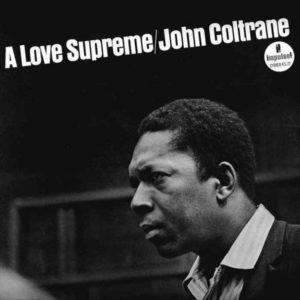 A Love Supreme, John Coltrane’s personal declaration of faith in God and affirmation of his spirituality, is one of the most celebrated jazz albums of all time. It is also the work of a passionate autodidact with a natural inclination towards discovery and pushing boundaries. To write this four-part prayer, Coltrane locked himself in a room for five days, repeating that painstaking process he had put himself through to kick his heroin addiction in 1957. The album was then recorded in one glorious night of 1964, with his classic quartet, including pianist McCoy Tyner, bassist Jimmy Garrison and drummer Elvin Jones. Kicking off with a gong sound, almost an invitation for assembling a congregation as well as a sound never-before-heard in a jazz record, A Love Supreme is an adventurous full-length masterwork and presents some of the most compelling spiritual music ever made. It also serves as the perfect midpoint between the saxophone legend’s earlier hard bop period and his later free jazz experimentation.

Perhaps not even Vince Guaraldi himself, a highly-respected West Coast jazz pianist/composer who had made a slight dent on the mainstream pop charts, could have predicted the success of his soundtrack for A Charlie Brown Christmas, an animated Peanuts TV holiday special financed by The Coca-Cola Company. Yet, his music for it, which was recorded in just over three hours for a quick paycheck, quickly became many people’s entry point into the world of jazz. Whether via Guaraldi’s original compositions or his rearrangements of traditional Christmas tunes, the work feels sophisticated, heartfelt and full of enriching surprises. Furthermore, such songs as the centerpiece “Christmas Time Is Here” and the famous “Linus and Lucy” – the latter one of the songs carried over from a botched documentary on Peanuts creator Charles M. Schulz, out of which A Charlie Brown Christmas was developed – have become piano trio standards. 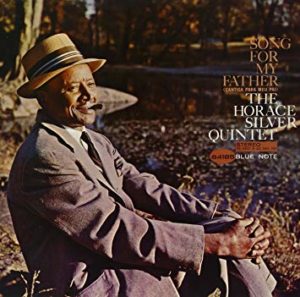 Pianist Horace Silver was already one of Alfred Lion’s most trusted musicians from the Blue Note roster before reaching a peak of creativity with Song for My Father, now known as his signature LP. Two major elements contributed to making this a recording for the ages: firstly, it documented his transition from his old group with Blue Mitchell and Junior Cook to his new one with Joe Henderson and Carmell Jones, featuring sessions with both ensembles; secondly, it was marked by Latin and African influences, particularly those of the vernacular music of his father’s homeland, Cape Verde. It was Silver’s father, pictured on the LP’s cover, a Frank Wolff shot, who encouraged him to create this blend, best represented in the funky title track, driven by a bossa beat, Silver’s percussive bounce and an inspired Henderson solo. All other tracks benefit from this light exoticism, from the Eastern-flavored “Calcutta Cutie” to the title song’s partner track, “Que Pasa?” 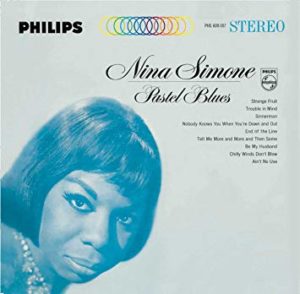 By the mid-’60s, Nina Simone had become increasingly vocal about racism in America in the violent wake of the Civil Rights Act. On Pastel Blues, she channels those emotions of anger and frustration and she sounds more focused than ever, despite each of the tracks being its own different incarnation of jazz, blues and soul. With this LP, Simone affirmed her artistic independence and distanced herself even more from commercially viable music. It is no wonder, therefore, that Pastel Blues should be one of the most elusive of her Philips outings. However, it is also a showcase of her musicianship; her unparalleled ability to meld her classical piano training with the expressivity of jazz, and her vocal prowess that allowed her to make each song her own. Such is the case from the blues chant “Be My Husband, on which she accompanies herself only with clapping, to the damning adaptation of Billie Holiday’s signature anti-lynching song “Strange Fruit,” to her adaptation of the spiritual, traditional tune “Sinnerman,” a 10-minute epic that closes this powerful record. 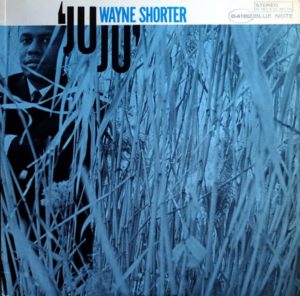 Wayne Shorter proved his chops as a stellar composer early in his career by writing the bulk of the key tunes of Art Blakey’s Jazz Messengers during his tenure with the legendary ensemble. From 1964 to 1966, he broke out as a bandleader and released a trilogy of albums that solidified his reputation as one of the greats. JuJu falls in-between 1964’s Night Dreamer and 1965’s Speak No Evil, and are standouts of his hard bop/post-bop period. On JuJu, he is supported by an all-star band, with McCoy Tyner on piano, Reggie Workman on bass and Elvin Jones on drums. The tracks showcase the saxophonist’s knack for writing catchy, piercing melodies with an exotic, and sometimes oriental twist – as the famous title track shows. Much has been said about John Coltrane’s influence on Shorter’s sound, yet JuJu also stands out as arguably his first album on which he began to master his own, distinctive sound that would, in turn, influence generations of saxophonists to come.