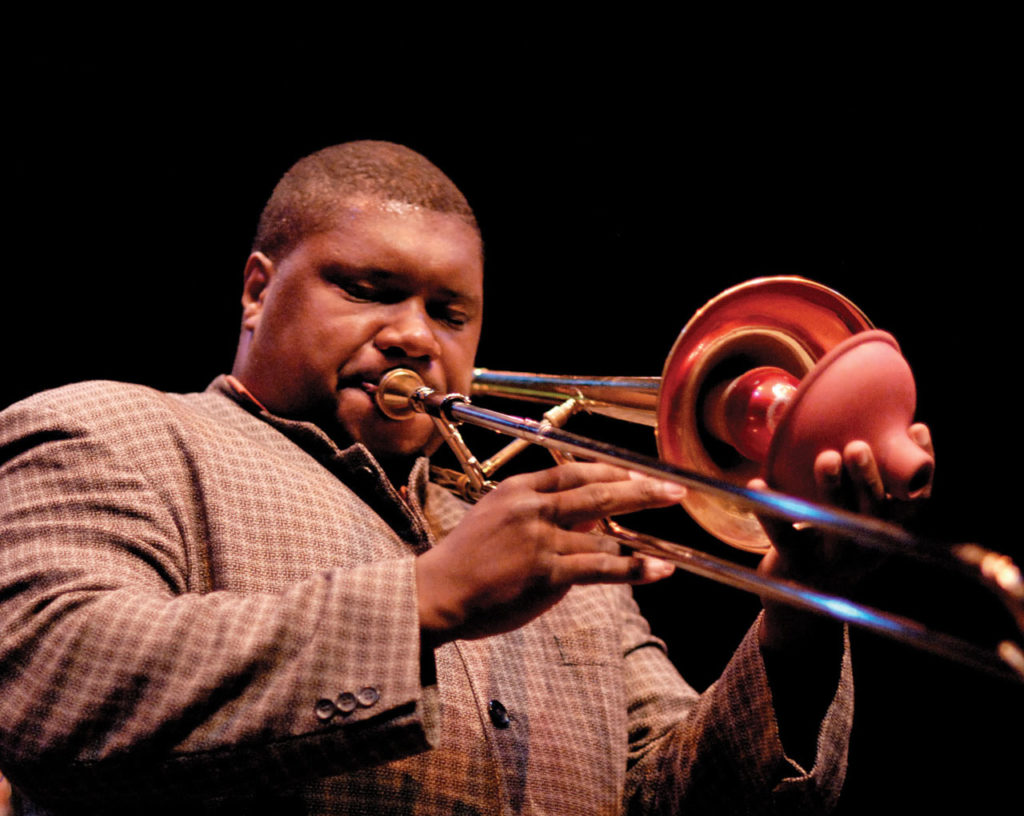 Trombonist (and occasional slide trumpeter) Wycliffe Gordon, a longtime member of the Jazz at Lincoln Center Orchestra and one of today’s leading interpreters of the music of Louis Armstrong, was born on this day (May 29) in Waynesboro, Georgia, in 1967. Gordon’s interest in music began early. His father was an organist in the family’s church and a great lover of classical piano, and Wycliffe himself was able to play an arsenal of instruments — from the clarinet to the tuba — before he turned 12. But it was by listening to old recordings of Louis Armstrong with his great-aunt that he first became inspired to pursue a life in jazz. After graduating from Florida A&M University (and playing in their world-famous marching band), Gordon moved to New York, where he formed indispensable partnerships with the likes of Wynton Marsalis, with whom he continues to perform and record. Today’s Song of the Day comes from Gordon’s 1999 album Slidin’ Home. It’s a cover of the classic W.C. Handy tune “St. Louis Blues,” one of Armstrong’s earliest hits.

JAZZIZ Essentials: Was Louis Armstrong Born on the 4th of July? (VIDEO)

Song of the Day: Louis Armstrong “They Say I Look Like God”