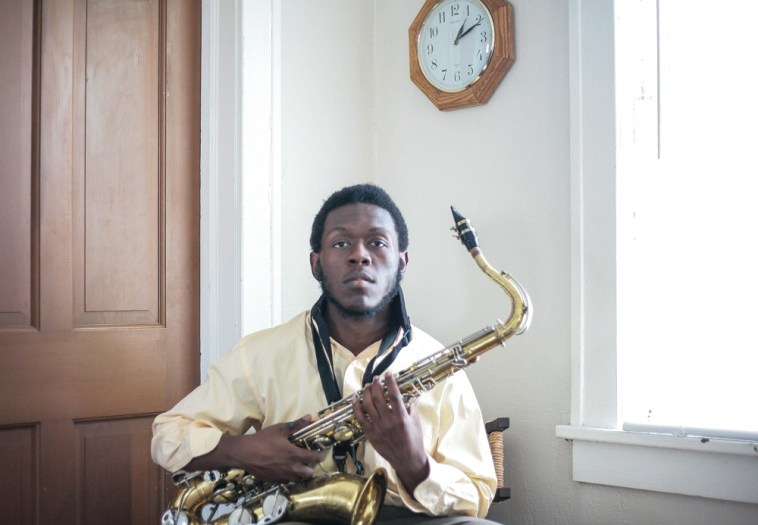 Accepted at Berklee College of Music in Boston, tenor saxophone standout Ernest Melton opted instead to continue his education on the bandstands of his hometown, Kansas City, Missouri. Like one of his heroes, John Coltrane, Melton was born in the Carolinas (Goldsboro, North Carolina) and grew up in the church (his father is a Primitive Baptist preacher). Naturally, he gravitated to the music of Trane, as well as Pharoah Sanders, Dexter Gordon and Kenny Garrett, all of whose playing reflects the raw expression he heard from the pulpit. 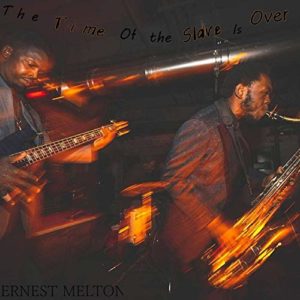 Those influences are readily apparent in his two self-released recordings, Alive at Weights and Measures and its followup, The Time of the Slave Is Over. Recorded with his trio of bassist Deandre Manning and drummer Brad Williams, the latter release evinces the energetic “fire music” of the late ’60s-early ’70s, albeit fed through the sensibilities of its 20-something leader. The rhythm section lays down a walloping backbeat on “P.B.S.,” with Manning’s elastic bass lines providing a joyous bounce and Williams sounding quite free as he boosts Melton’s smoldering lines. Like Sonny Rollins, the saxophonist maintains a strong rhythmic sensibility, even as his improvisations flow red-hot and he testifies with apocalyptic fervor.

We recently spoke to Melton over the phone from his home in Kansas City. The following is a transcript of the conversation that has been edited for length and clarity.

These days, it’s rare to find a player of your caliber who comes from a self-taught background. When did you start playing tenor sax?

And who first got you into it?

I kind of always wanted to play the horn. Specifically, I wanted a gold horn, whether it be a trumpet or sax or what have you. I might have even asked for a trumpet first. I just wanted to play something.

Did you come from a musical family? Were your parents playing a lot of records in the house?

No, my father was a preacher, so he comes from a gospel background. My musical background had nothing to do with jazz at all. We would always go to church with my dad, and so we were exposed to music that way, hymns and things like that, but it wasn’t jazz. I didn’t really hear instrumental music until I started messing with the saxophone. And even then, up until I was 14, most of my training on the saxophone was classical.

So how did you find your way to jazz?

I had a teacher who introduced me to it while I was taking lessons.

How did you make the decision to start gigging?

I literally started gigging out at 15. I left school at 16 or 17, when I was in 11th grade. And it just came from a desire to keep playing, to keep learning about jazz.

You mean you were just learning from cats on the bandstand?

Yeah, the bandstand, mostly. But I’d be listening to albums all day, too. Transcribing stuff, studying scores, just looking stuff up on my own. Just shedding entirely on my own.

Was there a saxophone player who served as a major influence at the time?

The person who made me really want to learn jazz was John Coltrane. I loved hearing his stuff, man, because it just made me want to play. Even though I couldn’t quite understand it yet. But he opened so many doors for me, just directing me down different paths. 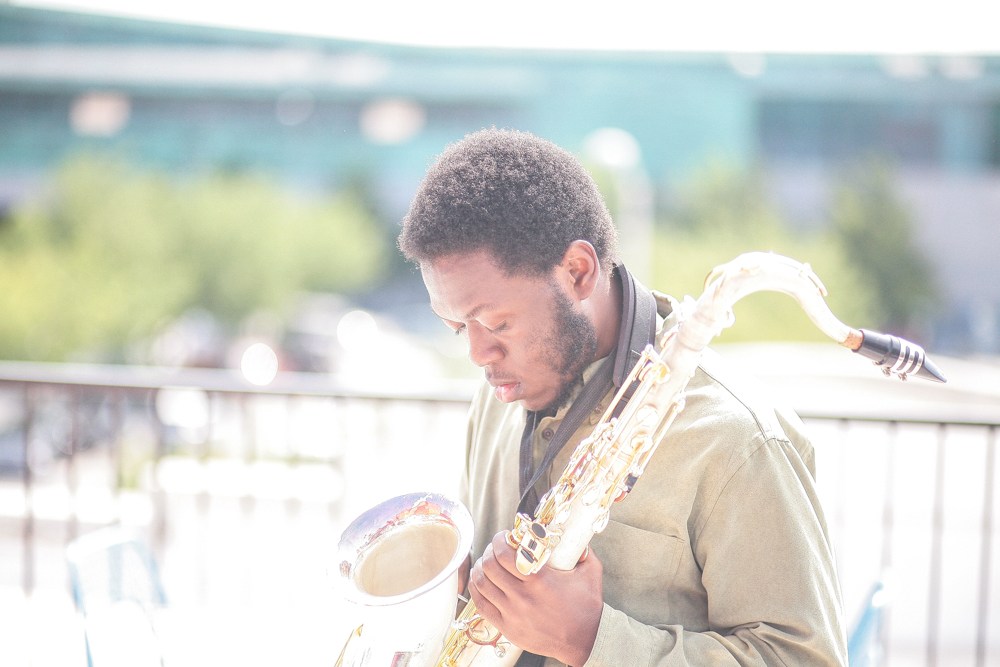 Did you ever flirt with the idea of going to study at a college music program?

Well, after I got my GED I found out that Berklee [College of Music] accepts GED credits. So I didn’t even worry about finishing high school (laughs). My sister lives in L.A., and I actually flew out to L.A. to audition for Berklee. They let me in, but I didn’t go because I couldn’t afford it.

Walk me to the point of recording The Time of the Slave Is Over. How did this album take shape?

I had recorded a few things before, but The Time of the Slave Is Over came from me just wanting to do something for my trio. I was going for a very distinct trio sound. We rehearsed the material maybe three or four times. Nothing was planned to go onto the album, nothing was written out. We just kind of went in and recorded it all in one day.

The album contains some complicated stuff. “P.B.S.,” for example, is a pretty sophisticated groove. You laid that down with no chart?

And all of the musicians were from Kansas City, right? 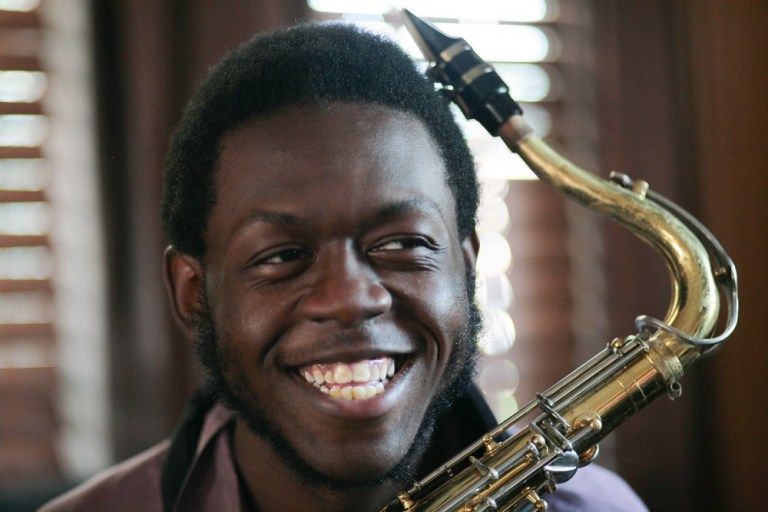 What does that title mean?

It’s extremely double-entendre. I know what it means for me, and I’m aware that other people may think of it another way. But it’s really a message to myself that, at the end of the day, I don’t have to be a slave to trivial stuff in my life. That’s all it is.

It stands for “Pushing Boundaries Simply.”

Where’d the idea for the groove come from?

I don’t know, man. I just thought it was fun and fast (laughs). It came out pretty good.

Did any of the tunes on this disc pose any problems in getting into their final shape? Or did most of it just flow?

The real challenge of the album was getting it to sound right. I’d say 40% of the album is just me checking my technique, making sure it’s right.

Can you give us an example?

The tune “Rising Sign.” Basically, I wrote the song based on something I couldn’t really do yet. Like, I had the idea in my head and I couldn’t really play it yet. And the thought was, by the time I record, I’ll be able to play it (laughs). I like to make my own challenges.

Well, you’re definitely rising to the challenge, man. Ernest, thanks so much for talking to us.

Ernest Melton’s new album is available on iTunes and Amazon. He’ll be playing August 16 at the Mutual Musicians Foundation and August 18 with Blair Bryant at KC Power and Light. On August 20 he’ll be playing with his duo at Chaz on the Plaza. For more information, visit Melton’s website.