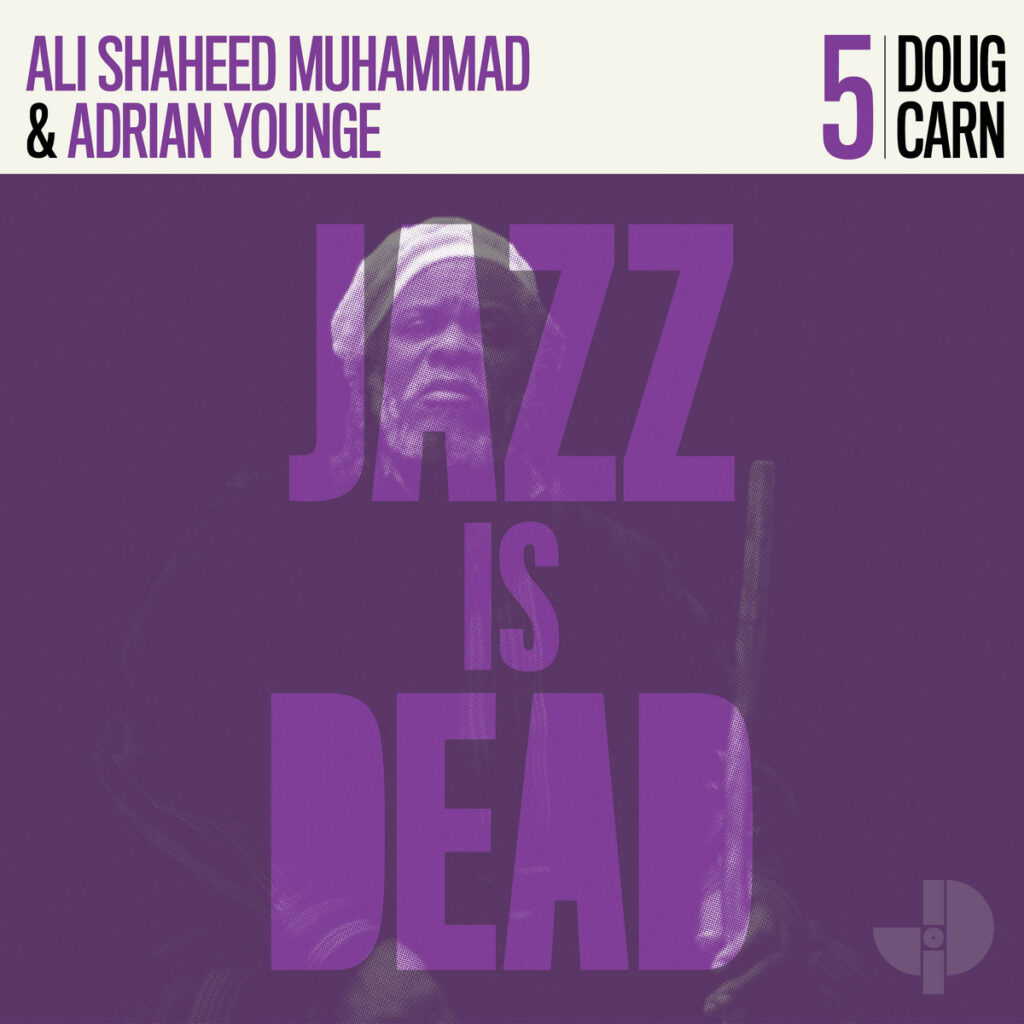 Some of the most beautiful soul-jazz of the 1970s was crafted by organist Doug Carn and his then-wife, vocalist Jean Carn. A string of albums on the Black Jazz label, starting with the sublime 1971 release Infant Eyes, all but defined the genre. Solid grooves and a spiritual orientation underpinned Carn’s aesthetic, as he offered fresh takes on music by John Coltrane, Wayne Shorter, McCoy Tyner, Bobby Hutcherson and Earth, Wind and Fire. The St. Augustine, Florida-born keyboardist took a years-long hiatus from recording under his own name, working for the most part as a sideman, before ascending once again as a leader at the close of the 20th century. A natural fit for the Jazz is Dead series, Carn combines forces with Younge and Muhammad on their fifth release, JID005, which features all new material co-written by the principals. Trumpeter Zach Ramacier and saxophonist Shai Golan open “Windfall,” our selection, with a fanfare that repeats throughout. Carn, 72, remains a nuanced master of the Hammond B3, his signature approach to the instrument conveying plenty of emotion. The quietly joyful tune is propelled by a subtle groove that splits the difference between 1971 and 2021.