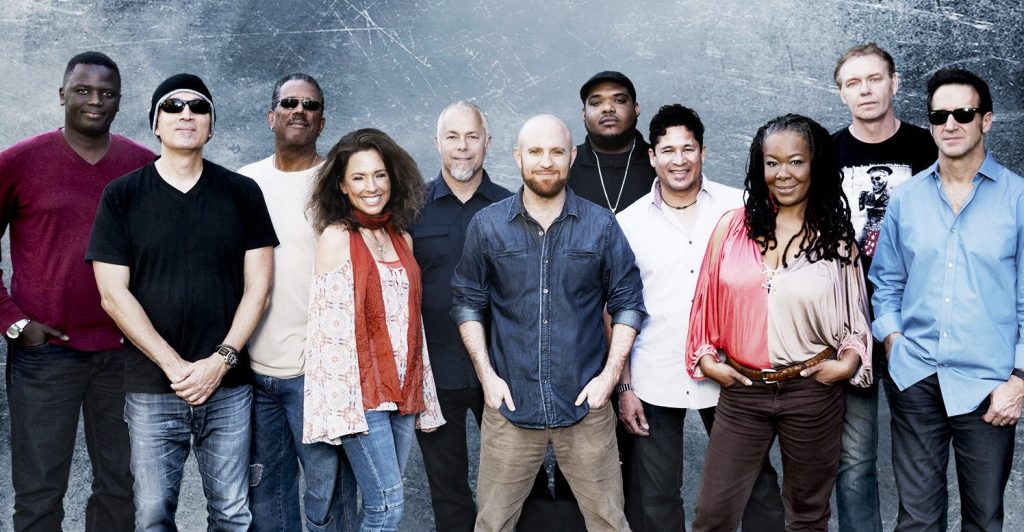 Jazz fans are an inquisitive sort, hungry to peek behind the curtain for a glimpse into their favorite artist’s creative process. For followers of keyboardist Lao Tizer, a digital backstage pass has been granted: Tizer has released a series of videos documenting the making of his new album, Songs from the Swinghouse, which was released on CD and DVD in March. The first in the series, a video for the song “16th Heaven” featuring saxophonist Eric Marienthal and violinist Karen Briggs, can be viewed here:

A native of Colorado, Tizer is a veteran fusion player with a voracious appetite for grooves and styles. He’s built a career out of fusing sounds from blues, rock, world music and contemporary jazz, and along the way, he’s earned high accolades, including a nomination for Jazz Group of the Year in the 2011 Oasis Contemporary Music Awards.

Songs from the Swinghouse is Tizer’s fourth recording with the group, coming more than five years after the release of his previous disc, Downbeat. As Tizer states, the time off between recordings has allowed the band to refine its sound and “grow in every aspect.”

Most notably, the new album features a larger band than Tizer has used in the past, comprising as many as 15 players on some songs. And for the first time, the band includes a vocalist, Tita Hutchison, who has performed with the likes of Michael McDonald, Michael Jackson and Foreigner.

To craft the music for Songs from the Swinghouse, Tizer turned to disparate musical influences, with a particular focus on pop music of the 20th century. In addition to eight originals, the album features arrangements of three classic rock tunes: Led Zeppelin’s “Ramble On,” U2’s “Pride (In the Name of Love)” and Cat Stevens’ “Sad Lisa.” To document the making of the disc, Tizer partnered with critically acclaimed music-film director Andy LaViolette (Snarky Puppy, Bokanté, David Crosby), who filmed the entire session in a simultaneous, 8-camera HD video.

Tizer considers the album a new chapter in his band’s celebrated narrative. “Featuring a thoughtful and at times surprising choice of tracks, while adding to an already stellar lineup of players with the addition of a seasoned vocalist, this is an album that has set a new path for the band and its dedicated fans,” he said on his website.

JAZZIZ plans to release more videos from this series in the weeks to come. Be sure to check back for new content. For more information on the Lao Tizer Group, visit Tizer’s website.