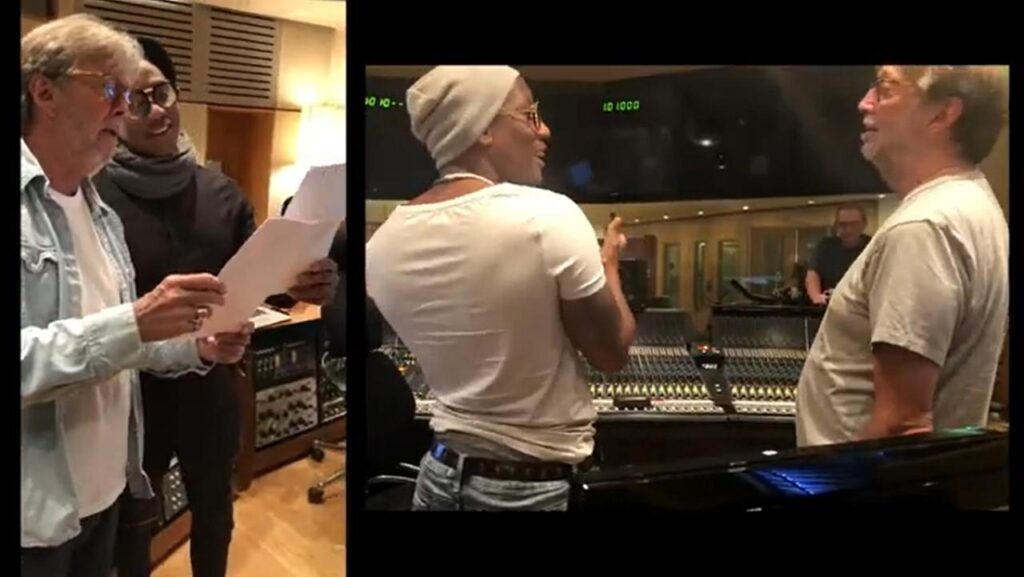 A certified blues legend makes a Latin percussion legend in the making.

Today brings the release of a special lyric video of a reimagined duet version of Eric Clapton’s “My Father’s Eyes” – featuring a collaborative performance with the guitar icon himself and rising star percussionist Pedrito Martinez. Having the opportunity to work closely with Eric Clapton is the fulfillment of a longtime dream for Pedrito that had its roots at New York City’s Guantanamera restaurant, where Pedrito’s group got started, and where Eric was a frequent guest.

Inspired by their friendship, Pedrito had the idea in early 2019 to put together a re-imagined version of Clapton’s deeply personal song “My Father’s Eyes”  and sent it to the three-time inducted Rock & Roll Hall of Fame member for his thoughts. .Upon receiving the initial recording, Eric Clapton invited the innovative Cuban percussionist to London last year to work together, where he added his own vocals and guitar to “My Father’s Eyes” and additional guitar contributions to two more tracks that will also be included in Pedrito’s upcoming album, Acertijos, expected to be released in early 2021.