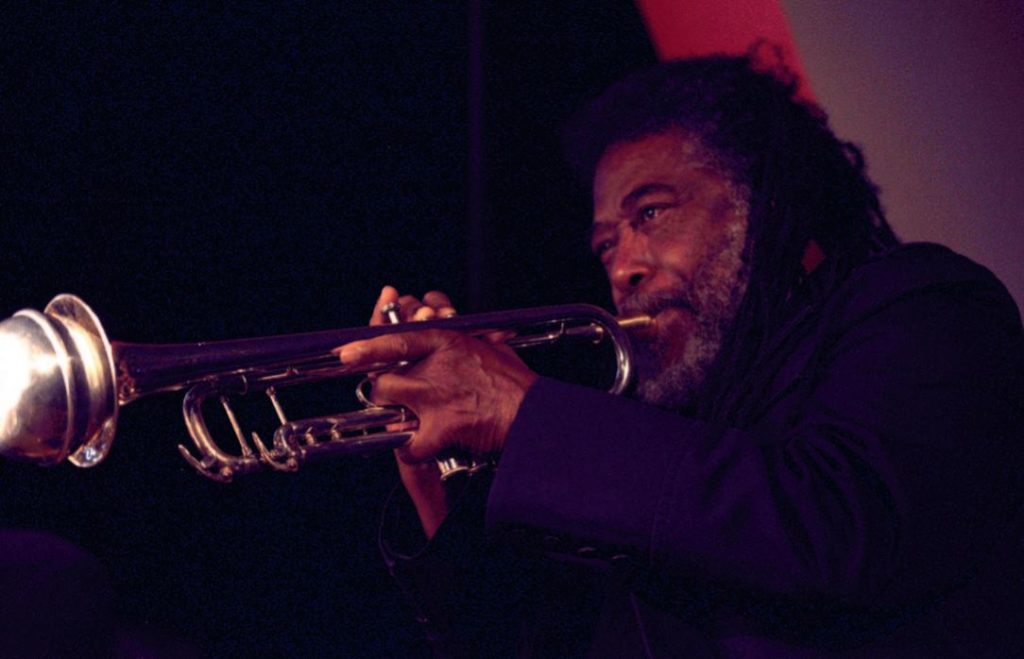 Today we honor Civil Rights icon Rosa Parks, who was born on this date in Tuskegee, Alabama, in 1913. Her bold refusal to surrender her seat to a white passenger on a segregated bus in 1955 was the impetus behind the Montgomery Bus Boycott, the success of which would launch a nationwide movement of nonviolent resistance to end racial segregation.

Rosa Parks: Pure Love. An Oratorio of Seven Songs is a new extended composition by vanguard trumpet Wadada Leo Smith. “Her action generated a movement worldwide for liberty and justice for human beings,” said Smith in a press statement. This new major work is performed by three vocalists, a double-quartet (comprising strings and trumpets) and a drummer with electronics. It will be released on February 15 via TUM Records. With its haunting string arrangement and slowly accumulating harmonic energy, the movement “Mercy, Music for Double Quartet” evokes the piercing tension of the moment Parks refused to give up her seat, as well as the triumphant sense of mercy and equality that was restored when, after 381 days of boycotts, the federal district court ruled that racially segregated buses were unconstitutional.