Blue Note Records was founded by Alfred Lion in 1939, and since then, it has established itself as one of the most respected and longest-running jazz labels in the world. Its catalog includes a who’s who of jazz history, with such names as Thelonious Monk, Miles Davis, John Coltrane, Art Blakey, Budd Powell, Herbie Hancock, McCoy Tyner, Ornette Coleman and many more. Today, it continues to serve as a home to some of the most prominent stars and cutting-edge innovators in jazz, with a multi-generational roster of talent including Robert Glasper, Norah Jones, Charles Lloyd, Wayne Shorter and Kandace Springs, among others.

To celebrate its legendary 80th anniversary, Vinyl Me, Please – the premier vinyl company and record-of-the-month club – will release an exclusive, premium 7xLP box-set titled VMP Anthology: The Story of Blue Note Records. The box set officially goes on sale today, April 9, and only 1000 copies are available to purchase. Those who purchase the set will also receive a booklet with liner notes by GRAMMY-nominated jazz critic Ben Ratliff, plus access to a private online community and exclusive digital content.

“Every one of the Blue Note VMP Anthology records shows artists in transition, moving to something different than what they did the album before and, in retrospect, you can see where it aims into where they were going next,” says Don Was, president of Blue Note Records, via a press release. “But they are all beautiful snapshot of a significant moment of pushing the envelope and that’s what ties them all together.”

In addition, with each shipment of VMP Anthology: The Story of Blue Note Records, Vinyl Me, Please will release a four-part podcast and content series featuring Don Was and Vinyl Me-Please’s editorial director Andrew Winistorfer talking through each album’s story and its imprint on jazz as a further invitation for listeners to experience a much deeper connection to the music.

“Great labels and artists can’t be summed up in a single album or quick spin,” says Cameron Schaefer, Vinyl Me, Please’s head of music and brand. “They require slow listening across a lifetime of work, in-depth storytelling and space to think and discuss … This is more than a box set really, it’s a 6-week journey for the kind of music fan that lives for the liner notes.” 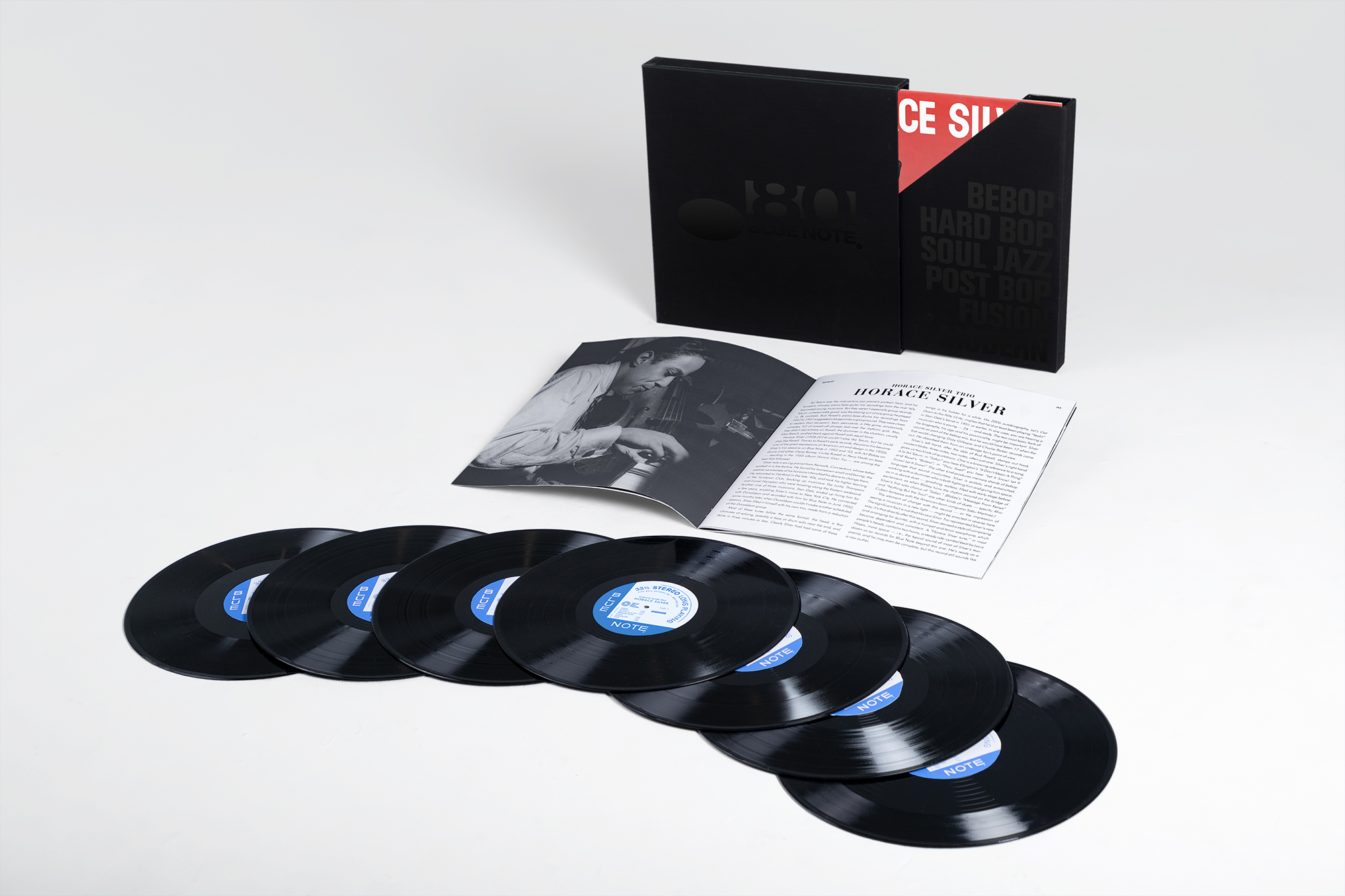 Photos courtesy of Vinyl Me, Please.