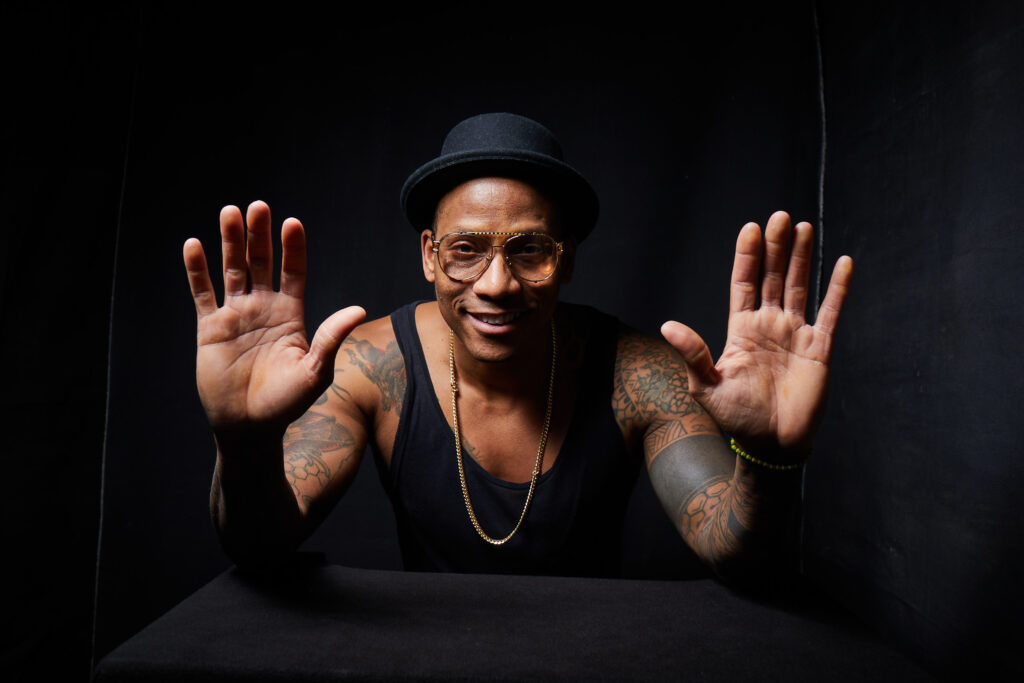 Here’s a riddle: Which master percussionist will release a highly anticipated album on March 19? We’ll give you a hint. He’s one of the most acclaimed Latin jazz artists performing today, with a formidable résumé that includes performances with Paul Simon, Bruce Springsteen, John Scofield and Wynton Marsalis.

That’s right. It’s Pedrito Martinez, whose new album Acertijos (Riddles) promises to deliver a world of grooves through nine new compositions that showcase his astounding rhythmic versatility and commanding voice. Bringing Martinez’s vision into focus are a number of high-profile guests, including blues guitar legend Eric Clapton, who appears on three tracks. His soul-stirring acoustic guitar can be heard on the album’s opener, “Aumba.” Today, as a JAZZIZ Exclusive, we present the premiere of the official music video for “Aumba” via the player below.

Clapton has been a close friend and admirer of Martinez since 2009, when the guitarist first heard him perform at the famous New York City Cuban restaurant Guantanamera. The two have been collaborating ever since, with Martinez appearing at Clapton’s Crossroads Guitar Festival in 2019. For Acertijos, Martinez flew to London to record a new version of Clapton’s well-known song “My Father’s Eyes.” Re-interpreted in Spanish as “Los Ojos de Mi Padre,” the song features both men in a stunning vocal duet. Additional guest appearances on the album include saxophonists Miguel Zenon and David Sanchez, trumpeters Sean Jones and Etienne Charles, and vocalist Isaac Delgado Jr. and Mitchell Delgado, among many others.

In a press statement, Martinez called Acertijos “a compilation of emotions … and the story of my life living in New York and Cuba.” A vocalist and percussionist with a wide array of styles within his grasp, Martinez relocated to New York City from his native Havana in 1998. He was a founding member of the internationally acclaimed Afro-Beat band Yerba Buena, recording two albums with the group, including genre-defying President Alien featuring Roy Hargrove and Meshell Ndegeocello. His playing was also featured in the films Calle 54 (2000) and Chico and Rita (2010).

In 2005, Martinez formed the Pedrito Martinez Group, whose self-titled debut album was nominated for a GRAMMY Award in 2013. His 2016 follow-up album, Habana Dreams, was recorded largely in Cuba, with guests including Ruben Blades and Angelique Kidjo.

Acertijos will drop March 19, 2021, and will be available on all digital platforms with a limited vinyl edition available on Immediate Family Records.