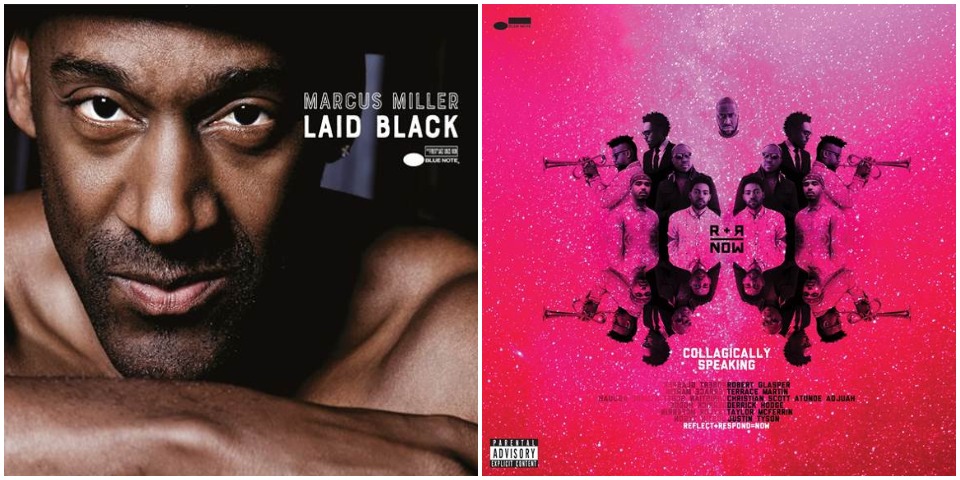 Miller brings the influence of modern urban music to his trademark sound on his genre-defying album Laid Black, which will be released on June 1. “With Laid Black, I decided to bring the music right up to the present — using elements from what’s happening in urban music today,” saidMiller in a press release. “So you’ll hear hip-hop, trap, soul, funk, R&B and jazz on this album. The music is calm but also powerful and funky, drawing on the black musical experience. Laid Black.”

Miller recorded most of the nine tracks on Laid Black with his band in a New York studio and also recruited guest artists Trombone Shorty, Kirk Whalum, Take Six, Jonathan Butlers and Belgian singer Selah Sue. “Untamed,” the lead single from Laid Black, is available to download or stream, including via the player below:

The supergroup was assembled by Glasper, but is functionally egalitarian. In fact, Collagically Speaking features this genre-mashing outfit performing single-take songs written live in the room, going wherever their mood goes. R+R stands for “Reflect” and “Respond,” and the project was inspired by Nina Simone’s famous statement that “an artist’s duty, as far as I’m concerned, is to reflect the times.” In that spirit, Collagically Speaking deals with such themes as romantic love, universal love, systemic bigotry, the women’s movement, quiet power, wild creativity, personal loss and growth.

“Colors in the Dark,” the new single from Collagically Speaking, is available to download or stream, including via the player below: