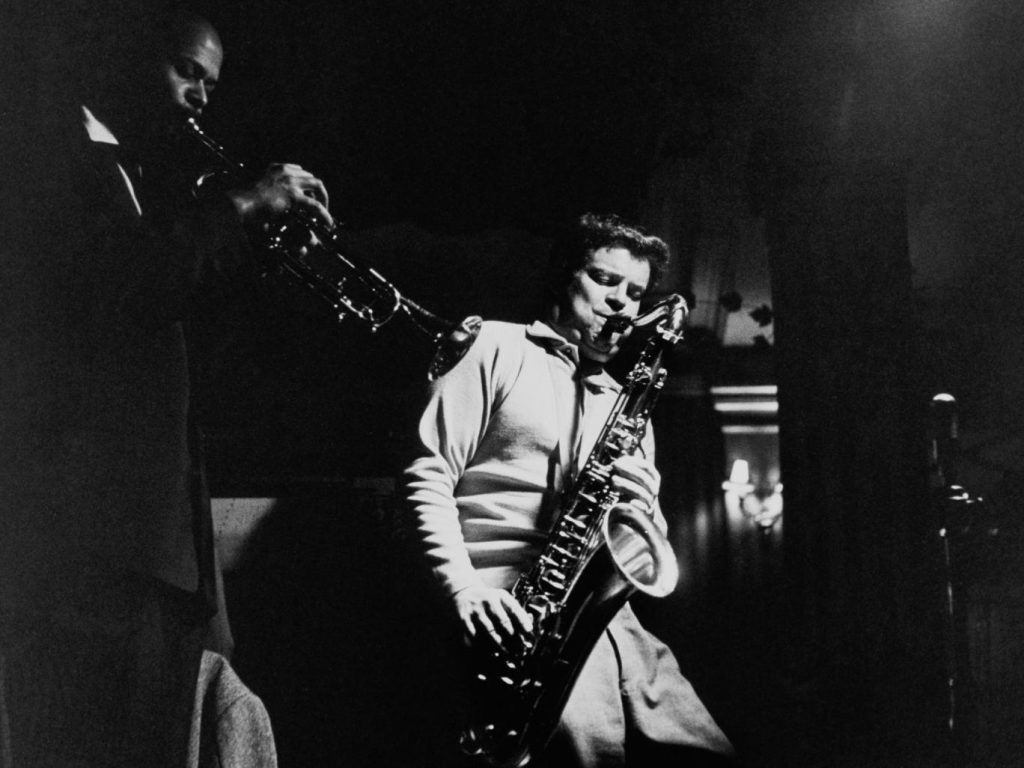 The life of Tubby Hayes is a classic story of crash and burn. Born Edward Brian Hayes, on the 30th of January 1935, he was an English jazz multi-instrumentalist, though he made a name for himself on the London jazz circuit for his exceptional skills as a tenor saxophonist.

From 1957 to 1959, he was the co-leader of the famous British modern jazz group The Jazz Couriers with fellow saxophonist Ronnie Scott.

In 1961 he was invited to play at the Half Note Club in New York City; a new transatlantic Musicians’ Union agreement meant that, in exchange, Zoot Sims played at Ronnie Scott’s. When he played a three-week stint Stateside, word had already got around that Tubby was a kid who meant business, so much so that Miles Davis turned up on the first night in New York.

Back in London, Hayes formed his own big band, working in television, film, and radio, and even having his own television series, which went on from 1961 to 1963. Tubby played with the very best from Ella Fitzgerald, Duke Ellington, Charles Mingus and Roland Kirk to Henry Mancini and played on over 60 LPs, solo and with other artists.

But with the dawning of Beatlemania, British jazz produce in particular became less and less on demand, and gigs became harder for Hayes to find. His severe drug addiction did not help, and in fact damaged his health so much so that he underwent several heart operation, and eventually died during another one such operation at on the 8th of June 1973, at the young age of thirty-eight.

Decades later, it seemed that history had almost forgotten him. But in comes Mark Baxter, the writer of the new documentary entitled Tubby Hayes: A Man in a Hurry, which was released in the UK earlier this month. The documentary is a culmination of his two-year quest to ressurrect the memory of an all but forgotten man. On board with Baxter is videographer Lee Cogswell and BAFTA and Emmy Award-winning actor Martin Freeman, himself a fan of Hayes, who narrates the story.

Tubby Hayes: A Man in a Hurry also includes 21 interviews with people who knew Tubby, including pop art kind Peter Blake, who collaborated with him on countless occasions at the height of his career, and Tubby’s own son Richard.

“It’s a British culture piece. It’s Soho, London, the 1950s and ’60s. It’s a story that hasn’t been told properly before. Tubby passed the 11-plus to attend Rutlish School, in south west London, so he was an intelligent fella, but the music found him,” says Baxter. “It was a let-go lifestyle from the beginning with little or no responsibility informing his choices.”

The DVD of the documentary Tubby Hayes: A Man in a Hurry will be released on the 26th of October 2015. For more information, visit the official website of the film ->http://amaninahurry.london/<-