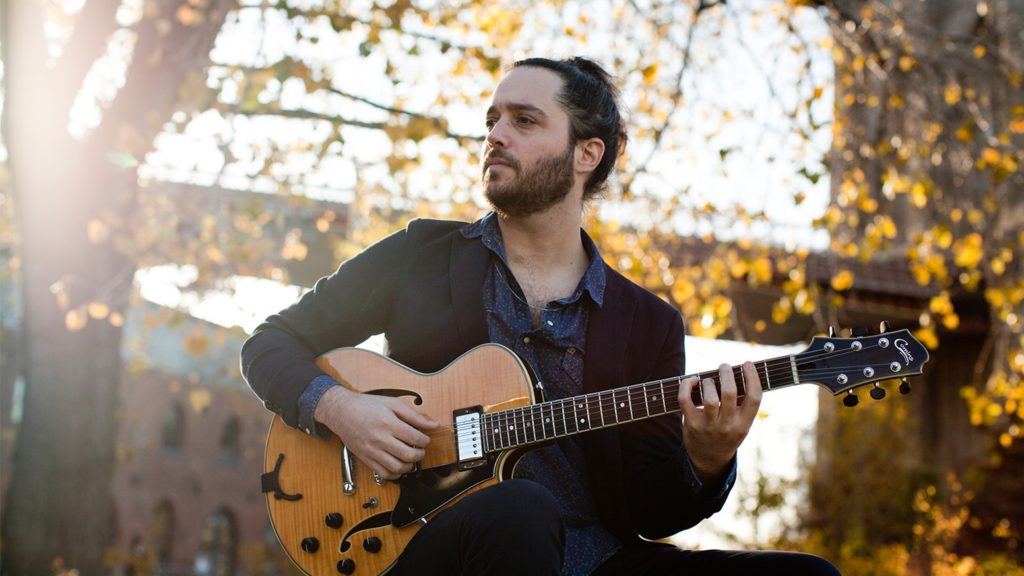 It’s common these days for jazz musicians to record an album and share it with the world — whether through touring, album sales or streaming. Far more impressive is to record the world and share it in an album. But that’s something guitarist Yotam Silberstein does with tact and imagination on his latest album, Future Memories, released in March on the Jazz & People label.

The album is in many ways a musical travelogue, deriving influence from all the far-flung places the Israeli-born, New York-based guitarist has visited during his life on the road.  The album’s 10 tracks point to various points around the globe — from Buenos Aires to Tokyo — but the music as a whole has a distinctly universal appeal, and Silberstein’s international jazz vocabulary often mixes styles and idioms within a single musical phrase. 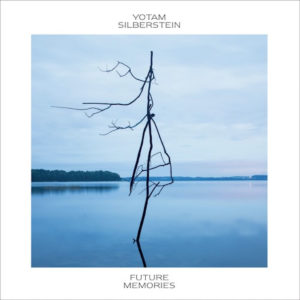 Linguistic versatility has always been well within Silberstein’s wheelhouse. A stalwart of the New York jazz scene, Silberstein possesses that rare combination of art and craft; he’s a player with the vision to see ahead and the chops to get there. But for his latest CD, he immersed himself in the music of South America, Africa, Asia and the Middle East through constant travel and study. In the process, he forged real affinities — musical and personal — to these vibrant cultures and traditions, bringing a profound sense of authenticity to the proceedings. The album features Silberstein’s close-knit trio mates Glenn Zaleski on piano and Daniel Dor on drums, along with special appearances by bassist John Patitucci and Brazilian accordion player Vitor Gonçalves.

Given that he’s so accustomed to traveling, we asked Silberstein to take us on a tour through his new album track by track, a process that helped us understand the specific musical and cultural traditions that went into the making of each song. As we made our way through the tunes, it was also nice to hear Silberstein relive the memories that inspired them. Listen to the album below and follow along with Silberstein’s commentary.

This is a perfect example of what I’m trying to do, which is incorporate all the different [musical] influences from my travels into one thing. There’s influence from South American music, also a little bit of a Meditteranean vibe in it, too. There’s an accordion solo on there, and to different people, the accordion means different things. This is kind of the thesis statement of what I’m trying to do with the album, blending music from everywhere I’ve been.

“Matcha” is maybe the most “jazzy” tune of the album. It started as an arrangement for my jazz band of “Tea for Two,” and I kind of changed it up and wrote a new melody on it. I called it “Matcha” because I wanted to have a nice little play on words. It’s funny, when I go to Japan, which I do once a year, people are so into it. People bring my matcha tea. Japan is amazing. They probably have the most appreciation for musicians that I’ve ever encountered. I always say that they’re a country based on mutual respect.

“Wind on the Lake”

The rhythm for this tune comes from northern Argentia. That’s a place that’s become very special to me. I’ve gone there four times during the last year. I have a very strong connection to the music and the people. The actual song was written in Guatemala, believe it or not. But the influence is totally Argentine. The rhythm is called Chacarera. It’s in 6/8 and its origins are African, not like tango, which is more European.

This is a Brazilian samba. In Portuguese, it means “offsides,” which comes from soccer. I’m a fan of soccer and I go to Brazil often. I love it there. The music is amazing and the people are very friendly, open and warm. I always say that if there was a World Cup in music, the Brazilians would win every time. It’s the perfect combination of rhythm, melody and harmony. We have an accordion on this track, too, and we have a keyboard effect that replicates the Yamaha DX-7, which was a big thing in the ’70s in Brazilian samba and funk.

This is a bossa, but it doesn’t come so much from a place as it does from something I like to do whenever I’m in a new city. I like to just walk at night and experience the place. It helps with the jetlag. I actually wrote it in Japan while I was highly jetlagged. After a long flight, it’s good to get out and take a little walk. I’ve got plenty of tips and tricks like that.

This song was written by a great mandolin player from Brazil, Hamilton de Holanda. We actually recorded two of his caprichos, and this is one of them. It’s a dedication to a great samba composer by the name of Donga. A capricho is a form of composition that originally comes from Paganini, written for violin.

“A Picture of Yafo”

Yafo is a beautiful place in Israel, the Arabic side of Tel Aviv. I always like to visit when I’m there. I go back about once a year. Most of my family is over there, including my parents. I grew up close to Tel Aviv, and I would go to Yafo often. I was trying to envision the city in my head when I wrote the tune. The buildings are old and historic, with that classic Mediterranean feel. John Patitucci plays the melody on fretless bass, and you might notice some Arab-Israeli elements in the tune. This might be my favorite tune on the album, mostly because I put a lot into the production and the arrangement. But I don’t know.

This is another capricho that Hamilton de Holanda wrote, but with a very Spanish flavor. Spain is another place that I love to go, particularly the south, near Madrid. I’ve been interested in flamenco for the past five or six years, which was sparked after some very influential visits to Spain.

This is another composition that’s not mine. It’s by a great samba composer by the name of Paulinho da Viola. I play it in a duo with Vitor Gonçalves, a great keyboard and accordion player. We play a lot of duets together, and it’s nice to have one on the album. I met him in New York — there’s a nice little choro scene here — and we got together through that.

For more information on Yotam Silberstein and his new album, visit the artist online.

JAZZIZ Backstage Pass: 10 Albums You Need To Know for April 2019