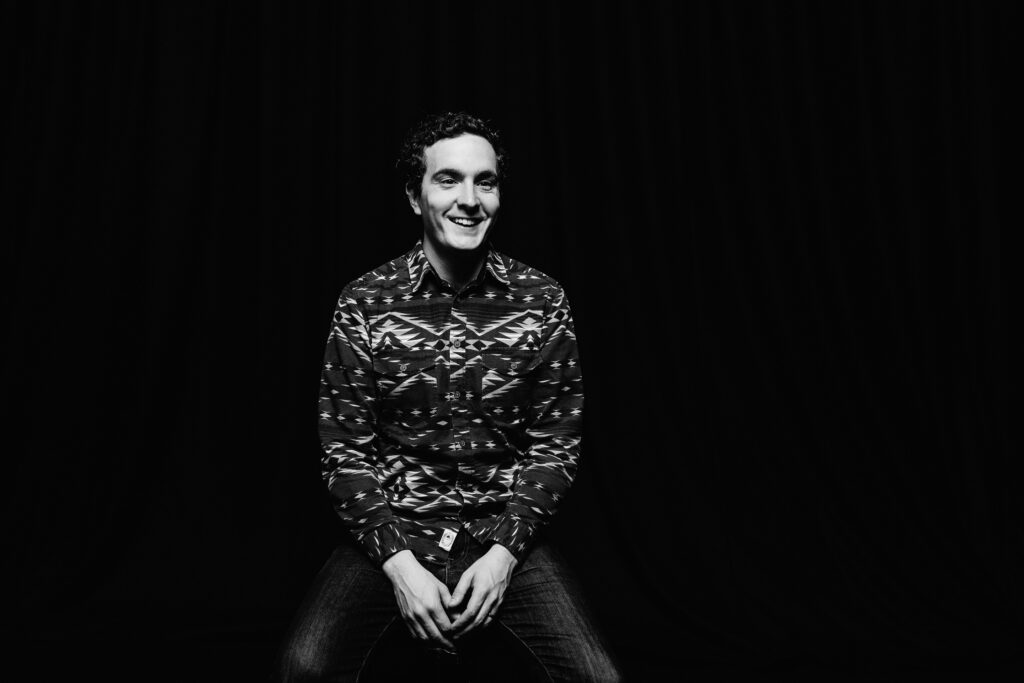 Bassist/composer/producer Ross McHenry released his fourth album as a leader, Nothing Remains Unchanged, on February 28 via First Word. It features him alongside luminaries Eric Harland on drums and Ben Wendel on saxophone, plus pianist Matthew Sheens.

The LP was written in the Leighton Artist Colony at the Banff Center for Creativity in May and June 2018, where the mountainous setting provided him with the space and solitude that prompted him to push his unique compositional voice into new territory. “I have a sense that this is an important recording for me,” he explains via a press release. “It feels like the jumping-off point to a new body of work, where things I have been working on for some time have come together and now many new things seem possible.”

We asked McHenry to take us through each of the tracks on Nothing Remains Unchanged, to help us understand the inspiration behind each song and some of the work that went into the making of the album.

This composition started as the vamp that you hear at the top of the tune. I wrote it late one night on a residency at the Banff Centre. The original inspiration was the complex, and multi-layered dynamic of conflict in our intimate relationships – like how whenever there is conflict about one thing, it’s also simultaneously about many things. In short it’s often complicated, as the meter for the vamp in this tune. The first full run-through of the tune we did in the studio was the take that made it to the album. Eric just did this ridiculous fill into the top of the form and I just about fell off my chair while playing. It was totally unexpected for me and so totally incredible that I almost stopped playing and started laughing – luckily I didn’t and we made it through the take.

A lot of this album explores aspects of my life growing up in the context of also now being a father. Becoming a parent for me has meant I have revisited a lot of things from my childhood as you can’t help but look back when you are looking forward to the life you are trying to create for your kids. This composition has two clear parts.

The first part is my emotional connection to my childhood in the Adelaide Hills. The Adelaide Hills are incredibly beautiful and picturesque and this part of the composition has a kind of carefree element to it that Ben Wendel and Matthew Sheens really play with through their improvisations.

Part two I think represents the experience of adolescence and becoming. It has some anxiety and some aspect of it speaks to that feeling you have as a teenager where you don’t really know how you fit into the world. When I was writing part two I was imagining those teenage car trips where your friends are smoking in the car, its kind of hazy and you don’t really know where you are going or who you are.

There’s a sense of loss about the child you used to be, and a sense of excitement about the adult you will become but there’s also anxiety that you can’t place – at least there was for me and that’s kind of what I was thinking about when I wrote part two of this tune.

Most of this album was written while on residency at the Banff Centre in the heart of the Canadian Rockies. This tune I wrote about a road trip I took with my whole family while on that residency on the Trans-Canadian highway (1 East or 1 West). It also made me think about all the family road trips I took as a kid and so there are elements of that experience that filtered into the tune.

Matthew Sheens nails this really beautiful piano solo that I think has some similar landscape elements that I also really love from Keith Jarrett’s Belonging-era European Quartet (one of my all-time favorite bands), which was a big influence on the writing of this album. Then Ben Wendel just takes off with a super gorgeous solo that, as he always does, nails the vibe completely. It really was just an immense privilege to make this record with such incredible musicians.

Surprisingly this song is not about being on residency in Banff. It was mostly written during another project that took place in New York in 2017 and is more about my own longing for mountains and trees, which I have come to understand over the years is kind of the place that I need to keep going back to in order to be happy. Growing up in the hills around Adelaide, even though until my early thirties I always thought I was born to live in a great metropolis, had a profound impact on me and I know now that I am happiest when surrounded by trees. In that way, this tune is a little bit about me and coming to understand myself.

When I was born I was a twin. My twin died at age 9 months from Sudden Infant Death Syndrome. As a parent, I can’t help but think often about how that must have been for my parents. Losing a child is my greatest fear and because it’s my greatest fear it’s also something I have imagined. It’s a devastating imagining but it’s also impossible to avoid. It seems to be an inherent part of loving so intensely. Every parent I have told this to has also admitted that they have thought the same thing at some point.

This song is one of those dark imaginings where I, in thinking about my parent’s experience, imagined the funeral procession for one of my children. It’s dark certainly, but its also an intense emotion we all feel as parents and I believe in trying to replicate emotions accurately through music – even if they are difficult – as its one of the few spaces where we can genuinely represent complex and multi-layered feelings where anyone can understand what we are saying without knowing us and our own individual stories.

This is about walking in the woods and the experience of being surrounded by nature. There’s not much more to it except I read the thesis of a scientist about the way in which our brain works while walking in the woods and apparently it’s good for your mental processes. Mostly it’s just a simple musical vehicle that Ben Wendel just obliterates – as he does everything he touches.

This is about as close I will ever get to homage, and it’s a tribute in some ways to Monk. The reference is obvious in some ways but I also hope that it sounds unique enough in its own way. In the Bebop era of jazz, there were just so many truly original voices within the music. The point was to sound like yourself and no one else. Monk exemplified this in every way and has been an influence on me sonically and also and in my efforts to try to create a unique sonic imprint in through my music.

Clearly I am not suggesting that I have achieved this yet but Monk and the many other incredible individual voices in this music, across every era, have inspired me to try and be myself and to break out of the conservatorium mode of thinking where replication is championed above any kind of genuine creativity. It’s taken me a while to get over that and it’s been the music of Monk and the many incredible unique individuals that made jazz and that have really helped me in that journey.

“This I Give To You”

We live in an uncertain world. I wonder what we will leave to those who come after us. I try to give my own children the best of me and the best of what it means to be human. I fail often, but I try. I think that is all we can do. This I give to you is about the small, very human things we give to each other.

I am from Australia, a land of open country, highways and big skies. This track conjures the feeling I have when I leave for a road trip and I get out on the road early in the morning on a beautiful clear day. I love the feeling of making it to the open road just after sunrise with the whole day stretching out in front of you. As someone who toured in a lot of bands all through my twenties I did a lot of driving around Australia and there really is nothing better than the first hour or two behind the wheel as you head off wherever you are going. This track also channels the Jarrett European Quartet aesthetic, which I love and was an influence on the writing of this album. It’s an obvious reference I’m sure you’ll hear. 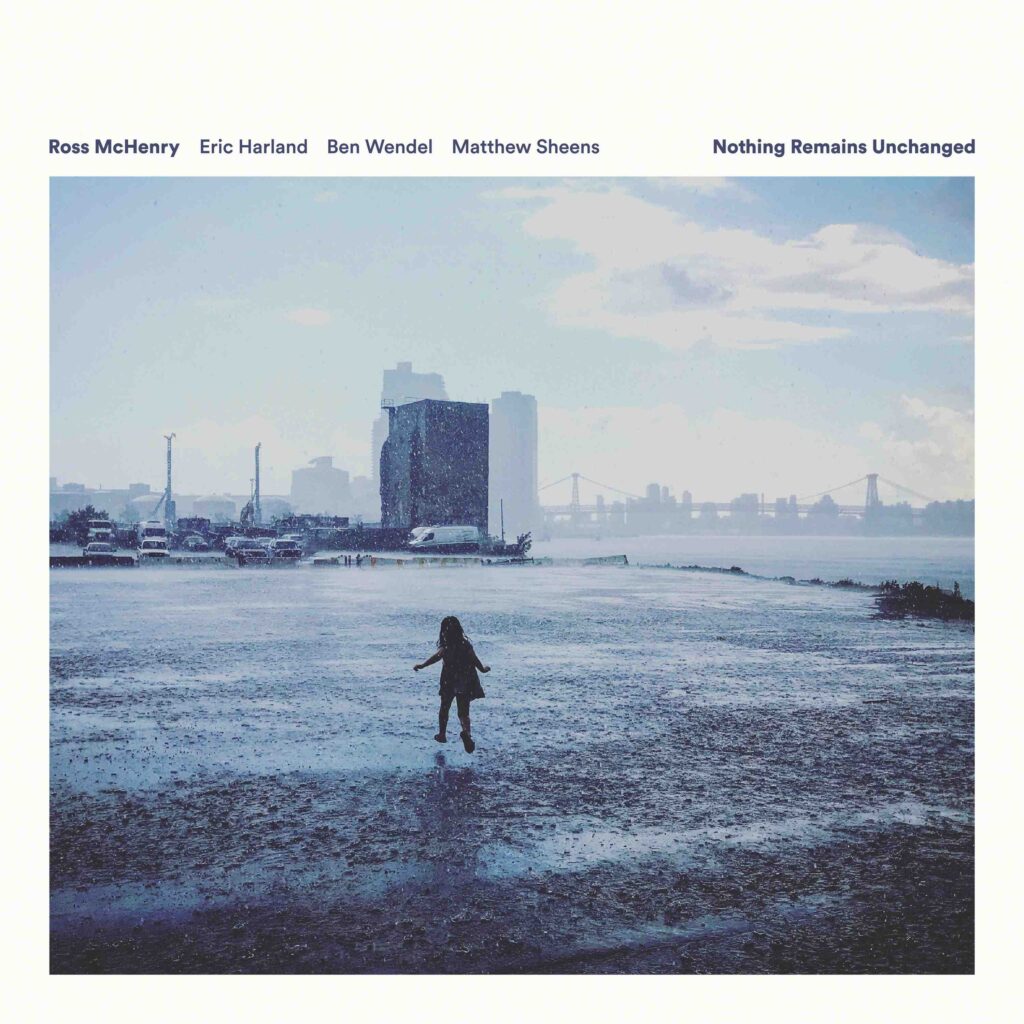 To find out more about Ross McHenry and his new album, visit him online.