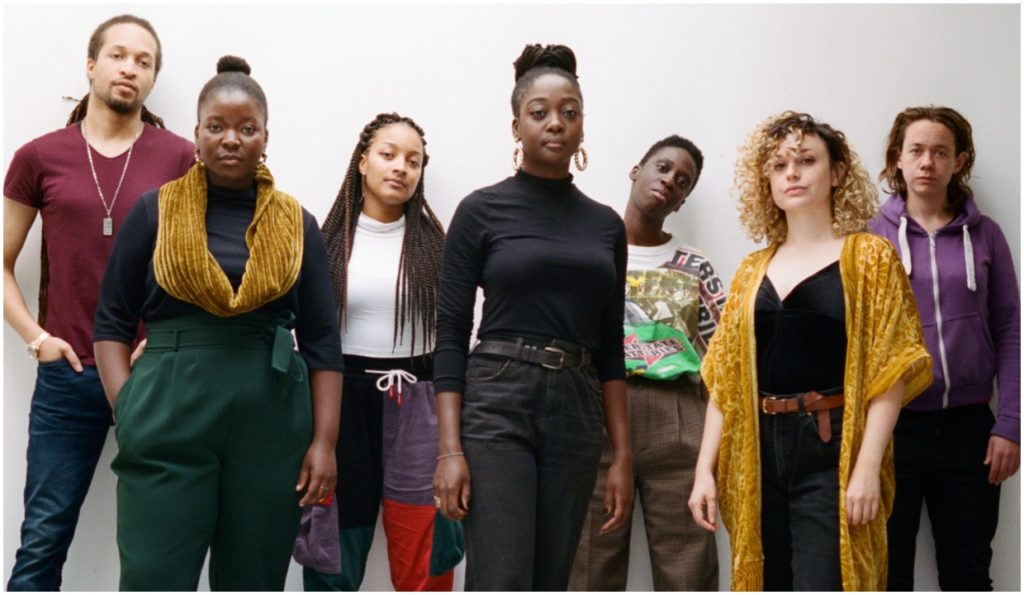 Blume is a collection of compositions that perfectly encapsulates the spirit of the band – their warmth, energy and joy – and a sound that both breathes and bends jazz tradition. We asked Nérija to take us through each of its tracks to understand the inspiration behind each song and some of the work that went into the making of the album.

This is a tune we wrote as part of a commission from the London Jazz Festival. “Nascence” roughly means “the birth of an idea”; it feels like a quietly determined chant with a wonky feeling drum groove. It also breaks into a defiant riff and these really open sounding calls that are a bit like vines supporting the whole song.

“Riverfest” was born from Liz and Shirley warming up at a festival on the Southbank, London. Noodling around, they found this pattern that felt nice, and the horns later layered this sunny melody on top, which seems to glint and shimmer like water in the sun. Shirley plays a motivic, riffy guitar solo and Lizy’s accompaniment sounds a bit like a wild ocean, driving Shirley along. There was an incredible cymbal in the studio, which Liz adopted for the week and that really characterized her drum sound on this recording. Rio’s bass solo on the album version starts as a calming pool in the midst of much movement and energy, building us back up with melodic complexity to lead us out to the tune again.

This one was largely devised by Sheila. It has this beat that is loosely inspired by U.K. garage and makes lots of use of the whole tone scale. It sounds a little eerie at the beginning, then opens out into a rhythm section bridge with overlapping and cascading horn lines. The solos in this tune show some of the broad influences nesting in our sound and a strong collective ear, with maybe even a spot of collective improvisation in parts between the soloists and the rhythm section.

Using a looming intro line written by Cassie for an arrangement of the standard “Dream a Little Dream,” played as part of Jamie Cullum’s Radio 3 show honoring the life of Ella Fitzgerald in 2017, which also featured Cherise Adams-Burnett on vocals, this tune was largely brought to us by Shirley. The melody of this song is very singable – perhaps our most lyrical tune – and the chords for it descend chromatically and intuitively downwards at the beginning of the sequence.

Cassie had a lot of this tune planned out before the rest of us played it. It’s influenced by rock music and EU stands for Emotionally Unavailable, rather than European Union. It has a very gloomy, rainy atmosphere about it, propelled by a raw and erupting feeling. Best played at full volume!

Our title-track – although split in two – was devised by Nubya and fleshed out by all of us. It’s in two parts, a mostly instrumental and mostly vocal version. We play part one as a lovely loop building each time it goes around, and for part two, we are singing over the loop. It is a beautiful ballad type song, so gentle and pillowy.

“Equanimous” means very laid back and easygoing. It was written and named by Rio, our gentle giant, who often epitomizes both these things. It seems to emerge slowly from the pattering rhythm section with a bolder repeat and into Rosie’s solo, which starts out very laid back and becomes blasting and passionate. Shirley solos after and plays a very linear solo, leaving billowing space in the song, which she sometimes swipes across with dazzling runs along the guitar.

Liz wrote “Swift” for her dad; a song named after the swooping bird who is always on the wing. The tune is inspired by the funeral music of the Dagaare and VulaViel, who first brought Dagaare music to Liz’s attention. It uses various rhythmic cycles nestled alongside each other lasting different lengths of time, but eventually lining up with each other again at the beginning of their respective sequences. Liz paints by numbers to fill in the melody and harmony.

Rosie seems to write tunes that are so Nérija in character – they sound perfect as soon as we blast them out. This one is a great example of this. She seems to know all our characters and puts them in a song for us. The bold and dramatic tune slips into a double-time wavey-sounding “B” section, layering-up the horns and making a kind of musical kaleidoscope. The drum groove for the “A” section was written by Shirley and gives this tune a real disorienting but bouncy undercurrent. 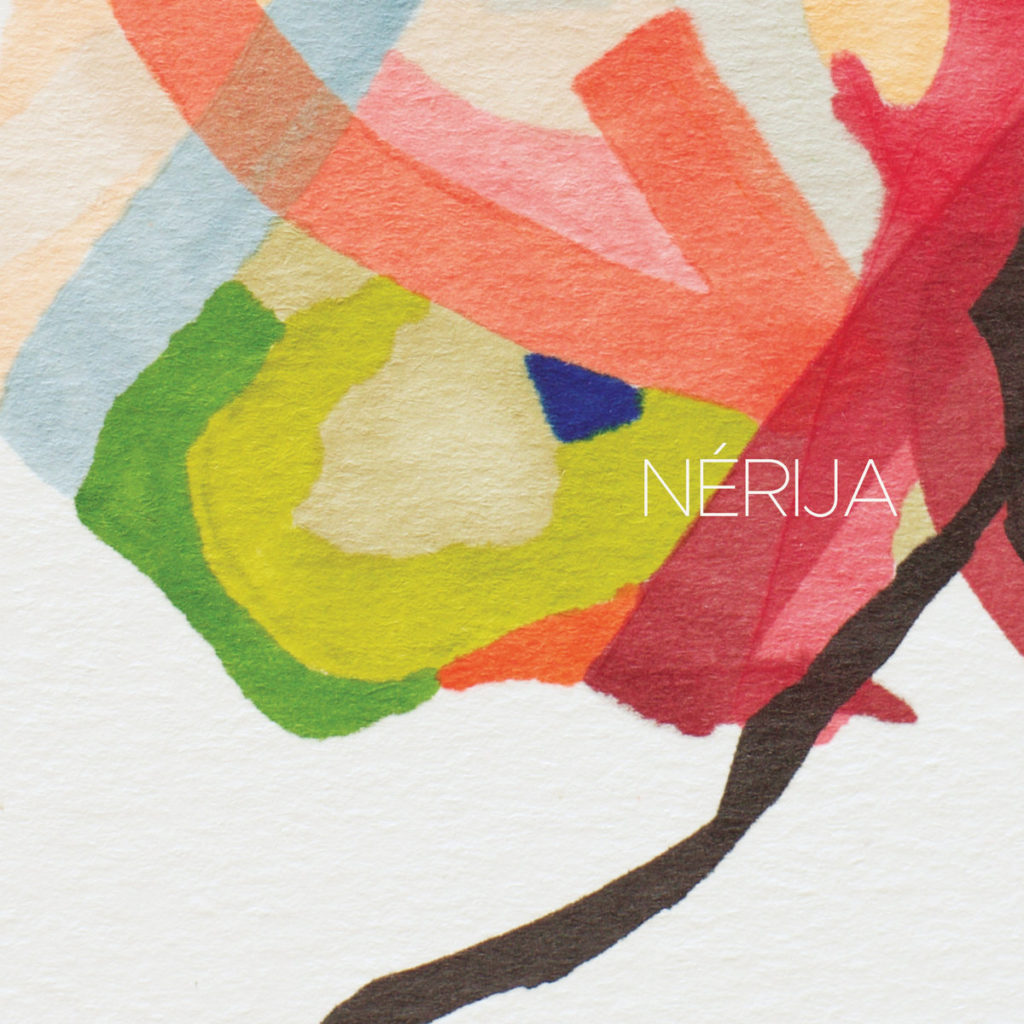 For more information on Nérija and their new album, visit their website.