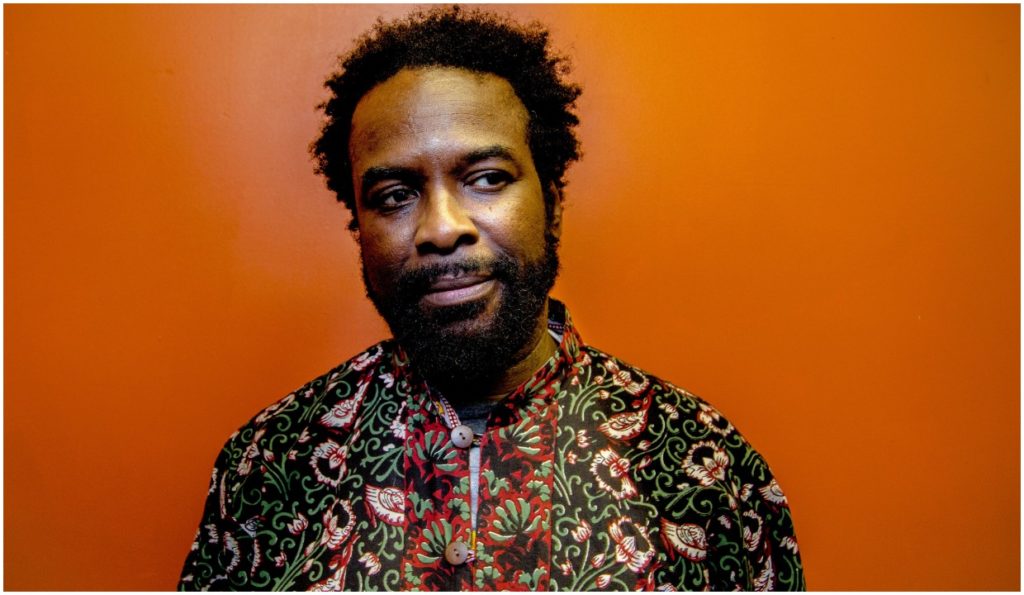 “Médaho” means “big brother” or “elder” or “teacher” in the native languages of Benin, where veteran Afrobeat singer/songwriter/guitarist Kaleta – a former collaborator of King Sunny Adé and Fela Kuti, among others – was born. It is also the title of the first full-length album of his band, the New York City Afrofunk group Kaleta & Super Yamba Band, which he co-leads with drummer/songwriter Daniel Yount.

Mèdaho was released September 6 via Ubiquity Records, and it feels like an explosive, unabashed tribute to some of the group’s influencers – including Kuti, James Brown and The Funkees – as well as an homage, dedicated to the memory of Kaleta’s brother, who died in March 2019. We asked Kaleta and Yount to take us through each of the tracks of Mèdaho in order to understand the inspiration behind each song and some of the work that went into the making of this new album.

“Gogo Rock” is an upbeat Afro-Rock jam featuring sharp conga rhythms and driving gogo bells (cowbells). It’s the only instrumental song on the album and has long been a Super Yamba Band staple that always moves the crowd to dance at our live shows. The song also features a heavy psychedelic guitar solo by Eric Burns using overdriven wah-wah effects.

“Mr. Diva” is the quintessential Kaleta & Super Yamba Band anthem and the first song the band wrote together. DJs and record collectors around the world have gone crazy for this fiery/upbeat Afro-Funk jammer. The song wastes no time as it opens up with a full-throttled intro driven by horns, talking drum and Kaleta’s signature James Brown-style grunts.

As the first song on the album with vocals, “Mr. Diva” introduces Kaleta as the obvious frontman of the band. “The term Mr. Diva was coined after a friend had a rough welcome when she visited another friend,” Kaleta explains. “She wasn’t treated with kindness. When she told me the story I called him Mr. Diva. This friend has become successful and doesn’t want to mingle with old unsuccessful friends.”

This is a high-energy Benin-style song in 12/8 time. It uses the notorious “gankeke” rhythm on the cowbell. The interlocking rhythms of the keyboard, guitar and bass make the groove special. Talking drum played by Evan Frierson is the icing on the cake. The lyrics speak to hunger as a problem that no one can ignore and that nobody is immune to.

“Mèdaho” is the title track of the album. It is a fiery, psychedelic groove in 12/8 time. The song is dedicated to Kaleta’s late bother Ligan-Ozavino Pascal who introduced him to funk and soul music at an early age. In the song, Kaleta calls out to his brother…”Hey big brother, how are you?” in the opening line. The face-melting guitar solo in the middle of the song feels like a Jimi Hendrix meets West Africa moment.

This is a dark and smooth dance song with an infectious groove created by a call and response between the bass guitar and keyboard. The rhythm guitar and tenor guitar parts lock into the percussion to move this hypnotic groove along. The term Goyitò is a Fon and Goun term attributed to people with big egos thinking that the world revolves around them. The song also features a tenor sax solo by Walter Fancourt.

“Jibiti” opens up the B-side of the album with a gigantic horn intro that immediately hits you in the soul. The song features a 5-piece horn section made up of two trumpets, trombone, tenor sax and baritone sax.

“Jibiti” might be the most Afrobeat forward song on the album with its powerful horns and outspoken vocals, which call out the corrupt world leaders of our time. Jibiti means scammer or con artist in the Yoruba language. “In this, I’m referring to greedy politicians who cart away what is meant for the people,” Kaleta explains. “They siphon money from Africa and hide their loots abroad to the detriment of the people who need it most.”

This upbeat dance tune is a theme song that speaks to what Kaleta & Super Yamba Band stands for: togetherness and love. “We will tour every continent and preach the gospel of afro-funk and afrobeat in order to make people dance and enjoy life,” Kaleta explains. You can get lost in the percussion parts along on this tune. The congas, woodblock, shekere and handclaps offer up a fun groove that could go on forever. “Super Yamba Theme” also features the horn section with constant counter-play between the trumpets and the saxophones.

This is a dreamy/hypnotic song in 12/8 time that features interlocking guitars and traditional rhythms from Benin and Senegal. In Goun, adjotò means thief. “Do not touch what is not yours or else you will be called Adjoto.” This is the only tune where the drum set never fully kicks in, allowing plenty of room for the rest of the band to stretch out and fill up the soundscape with psychedelic tones.

The final track on the album takes the listener back to Benin for one last dance. The song starts with a fiery intro where the band is playing in unison. Stopping on a dime, the band locks into 5 straight hits before the beat drops. Suddenly the band is off into another classic poly-rhythmic groove. The vocals hit right away with the main groove as Kaleta tears into a familiar feeling Benin style verse. “He who has no power shouldn’t start a fire, trouble, revolution or war,” Kaleta exclaims in this song. 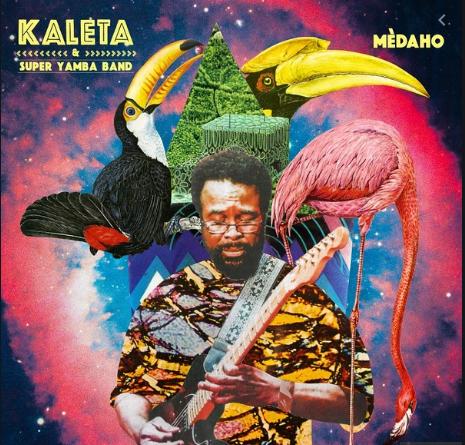 For more information on Kaleta & Super Yamba Band and their new release, visit them online.