Dressed in a Song is vocalist J.D. Walter’s first release since recovering from a life-threatening heart condition and surgeries on his vocal cords. A three-year-in-the-making project, this album is a collection of duets with six of jazz’s most inventive pianists and improvisers: Jim Ridl, Orrin Evans, Jean-Michel Pilc, Marc Cary, Taylor Eigsti, and Julius Rodriguez. Each track was arranged or composed by Walter, with the exception of Pilc’s “Can It Be Done,” “All Through the Night” and Evans’ take on “What the World Needs Now.”

“The original concept of the recording was duets with pianists I love and the intimacy of freedom that the duet provides or allows,” Walter tells us. “These musicians hold great meaning to me and this dream of duets with pianists, having a gestation period of three years, was totally worth the wait for me.” Aside from the closing track showcase, the one non-duet exception on the set – and one of the two Walter originals on the album – finds the vocalist alongside a stellar trio featuring Becca Stevens, Obed Calvaire and Ben Wolfe.

Dressed in a Song was released on February 7 via JWAL Records. We asked Walter to take us through each of its tracks to understand the inspiration behind each song and some of the work that went into the making of the album.

“Dressed in a Song”

I was adopted before the age of one. This song was written for my mother, who was and is a musician. She nurtured me musically and helped me find a place of intimacy and refuge as a sensitive child. This is dedicated to her. Taylor Eigsti went the extra mile and did a study of what I’d written. His accompaniment is a gorgeous orchestration.

My take on this classic ballad in a pseudo-Latin feel with Jim Ridl and his virtuosic stunning one take. I am always enraptured by his otherworldly approach and our collaborations have spanned over 20 years.

This one is a recent composition. It was written for my current girlfriend, reflecting visual vignettes of our early meetings and romance.

One of the first performances of this song was at a festival where Becca Stevens was also performing. I asked her to sit in and quickly showed her the vocal part and she improvised the charango ornamentations as well. The reception of the performance and the feelgood aspect of this performance led me to want to record this song upon my return to New York City, and I decided to include it on the recording, even though it was not a duet. I am stunned by the prodigious, intuitive talent of Julius Rodriguez and although not a worldwide recognized name yet, he will be.

“What the World Needs Now”

I randomly played this tune with Orrin Evans on a gig. His seamless offering of the tune in an untraditional 5/4 went unnoticed to me and felt very natural as it should, and we decided to try that same concept in the studio to our great satisfaction.

This was written for my best friend from childhood, John Joseph Maransky. He took his own life almost a year ago. This song reflects my own struggles with depression and suicidal thoughts, while I am lamenting this devastating loss.

I had been a fan of Marc Cary since Betty Carters’ “Droppin’ Things,” and he was high on my wishlist for players who I had not worked with before to be a part of something so personal. This song was difficult to record in some respects and took a different dynamic turn when Marc asked what the song was about, and he went on to explain how a suicide attempt from someone close to him affected his life as well. Then, it got real.

Jean-Michel Pilc and I had played frequently and recorded in my early days surrounding my move to New York City in the ’90s. It was always an adventure and a welcomed musical challenge to follow in the direction of his impressionistic spontaneous concepts and I always loved the version of this song from Weather Report.

“All Through the Night”

This one is a hymn I used to sing as a child to fall asleep at night when I was afraid. It includes five pianists on one track, sometimes two or three at a time. My idea was originally to have this as the title track, as it has five of the six pianists on one track. I wanted to showcase them on this tune. 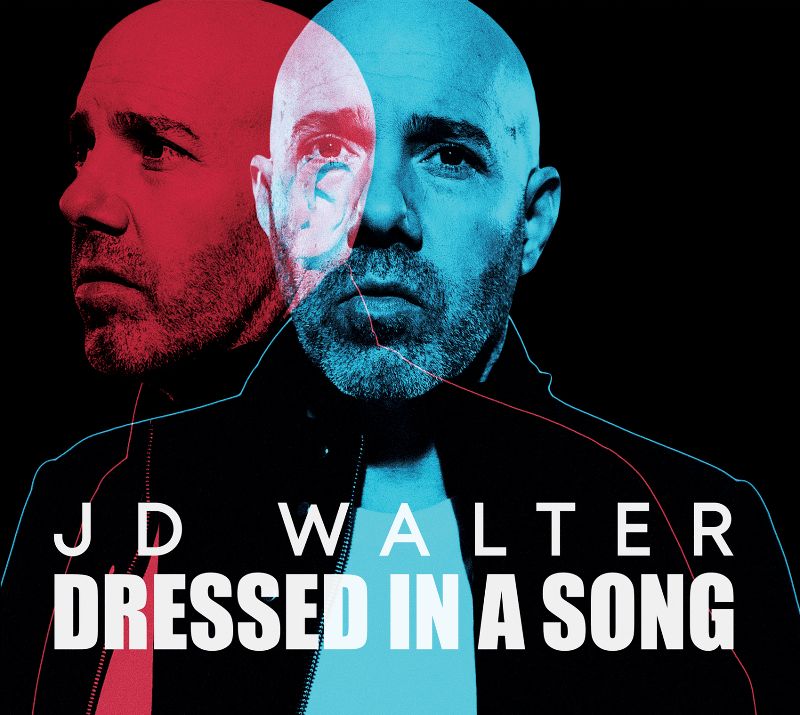 To find out more about J.D. Walter and his new album, visit him online.