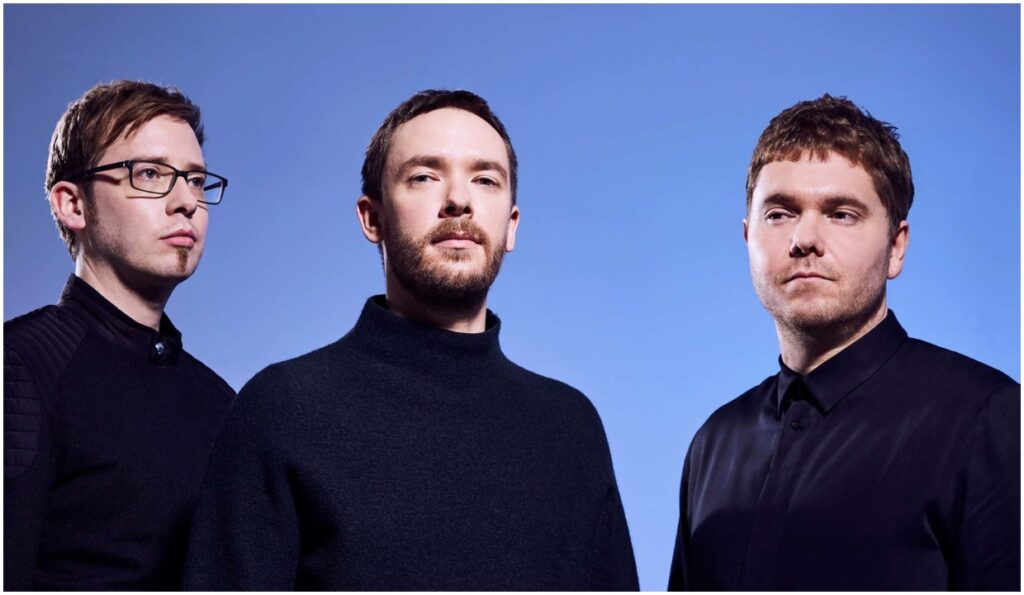 Acclaimed British instrumental trio GoGo Penguin – made up of pianist Chris Illingworth, drummer Rob Turner and bassist Nick Blacka – is known for fusing jazz, classical and electronic influences with a thirst for innovation. On Friday, they released their new, self-titled album, which marks their third release for Blue Note and sixth LP overall.

We asked Blacka to take us through each of the tracks of their album, to understand more about the concept behind each song and also, some of the work that went into the making of the album. In addition, you can click here to watch our conversation with Blacka and Illingworth for our JAZZIZ Happy Hour series.

This was just a short idea on the piano that we were planning on expanding, but something about it felt very contained in and of itself and so we decided to treat it as more of an intro or interlude idea. We added some bowed bass harmonics that follow the notes in the piano part and then Joe and Brendan, the album’s co-producers, did some field recordings both in and around and outside of the studio, which were added to the track. The big whooshing sound came from the pedal bellows of an old pump organ which was then manipulated after recording to adjust the speed and depth to create a breathing type of sound.

This track started out as a very short piano loop that was initially made on Ableton music software and lasted about 10 seconds. From there, we decided to jam some ideas over it which is not an approach we use too often but for this track, it was a way to try and generate some ideas as a collective. Rob started to play a UK garage-style beat and then the bass line came together. I wanted to try and emulate a synth bass effect on the upright bass, so I had to think a little differently.  Once we had that starting point, Chris refined the piano parts and added the classical-inspired flourishes over the top. For the ending, we wanted to create the effect of the track sort of breaking apart and the piano loop becoming more fractured before coming back together with more of a hip hop inspired beat to end.

“Signal in the Noise”

This one started with a drum beat. Rob was in Tokyo and had this beat that he liked but couldn’t find anything that worked over it. He sent it to us and Chris came up with a piano idea for it. We soon found that it was a little too dense so, again, we tried jamming a different feel with the bassline and then built up from there. The middle section was made to have a deliberately different, wonky, triplet feel against the opening section. A lot of the ideas were starting to feel rhythmically similar, so Chris came up with a pattern that was very different to the opening. For the melody and ending, we revisited a track that we’d had in reserve for a few years. We even recorded a version of it for our last album, A Humdrum Star, which didn’t make the cut. It was a perfect fit for this track. On this album, more so than our others, there was a lot more joining together of ideas and making them work rather than just pursuing one single idea until completion.

On this album, we had a lot of time with the album’s co-producers, Joe Reiser and Brendan Williams, in the earlier stages of working on the tracks. They were both present for some of our writing sessions and were able to provide that outside ear that we needed at times. For Open, Brendan provided a lot of advice on the sound of the drums. Brendan suggested that Rob played with mallets instead of sticks for a softer acoustic sound and then in the studio, some effects were added to give more of a crunchy sound to the drum kit. For this album, we had a lot more time to work on the bass and piano parts working together as one, unified, interlocking part and Open is a good example of that. We spent a lot of time thinking about how they’d interweave together, particularly in the beginning section. Chris also used a new effect pedal called a Tensor which records short excerpts of what’s being played and then plays it back. Chris used this pedal as an improvisatory technique by incorporating the effect into the piano solo on this track.

“F Maj Pixie” is an amalgamation of two different themes. The first idea came from an Ableton project that was heavily electronica inspired. We continued to develop this idea using software, initially. We were interested in how we could manipulate the sounds in the software and then afterward recreate it acoustically. We’ve used this approach before, but not in this particular way. This was how the ending came about where we slowed it down and manipulated the pitch in Ableton and then we learned how to play it on our instruments. The second, we felt, had more of a rockier sound to it. That particular riff, we thought, sounded slightly reminiscent of The Pixies. We’d been working on the two ideas separately for a few weeks before we decided to piece them together and we thought it worked. A lot of the time when we’re working on new tracks we use working titles for them. This is one of the few times we decided to stick with that title.

People often ask us where we get our inspiration from when writing new music. The reality is you never know where it might come from, it’s best just to keep your eyes and ears open and then you’re ready for it. Kora is a good example of this. There’s a guy who often sits in Piccadilly Gardens, day after day, who plays the kora for hours. It’s an incredible sound. Considering how loud and chaotic it can be around there, you can hear his music so clearly. You’ll see people stop and watch for a while, it’s difficult not to because it’s so beautiful. Chris has tried approaching the piano in different ways like emulating synths or translating guitar patterns to the keyboard. Hearing this guy and other great kora players like Toumani Diabaté was an inspiration to try some Kora patterns on the piano and this in turn became part of the inspiration for this track.

This track starts out like a classic GoGo Penguin track but then takes an unexpected turn and builds into something a lot heavier. For this one, we were thinking a bit more like Rage Against the Machine by having some quite techy riffs in the piano but doubled up with the sub bass and the drums having a bit more space to play. The title of this track was inspired by a book I was reading by Grayson Perry called The Descent of Man. In the book he describes the financial parts of the city as being ‘a forest of huge totems jutting into the sky’. The track was inspired in part by the notion of modern day tribes and in this case the men who dominate the upper echelons of society with their firm grip on power and privilege. We had a working title that was a little more derogatory but we opted to use Totem instead.

The idea with this track was to create a mood that just sort of sits in one place. We wanted to create an idea that the listener is just visiting a particular space briefly and then before you know it, it’s gone. Almost like an aural palate cleanser after the intensity of Totem, we thought it was the right contrast to put this track next in the album’s running order. It begins with a simple piano loop in C but when the bass comes in it brings in a slightly darker harmonic edge by coming in on the low E. The intention was to create an almost meditative type of headspace with this piece.

This track started out as an idea that Rob had made in Ableton while he was in Tokyo. When we were all back together, the three of us worked on the track and it went through many rigorous permutations before we got to the finishing point. We added a rhythmic breakdown in the bass and drums after the opening melody section. The harmonic progression and melody came from experimenting with recording the piano and bass, improvising various ideas against the main loop and recording them. Then we’d take the best parts and put them together. This was another track where our co-producer, Brendan Williams, had a lot of input with the drums and helped with the overall arrangement.

“Don’t Go” is an emotive piece with a semi-improvised bass melody over a repeating piano riff. We wanted to create a sense of emotion using the sonorous timbre of the double bass against the sound of the prepared piano. At the very end you can hear our co-producer Brendan, pick up the microphone whilst Chris is still playing the piano and walk out of the room, closing the door. We chose this piece to end the album because we wanted to make it feel like the listener had been sitting right there in the room listening to us play, and the closing of the door signifies the end. 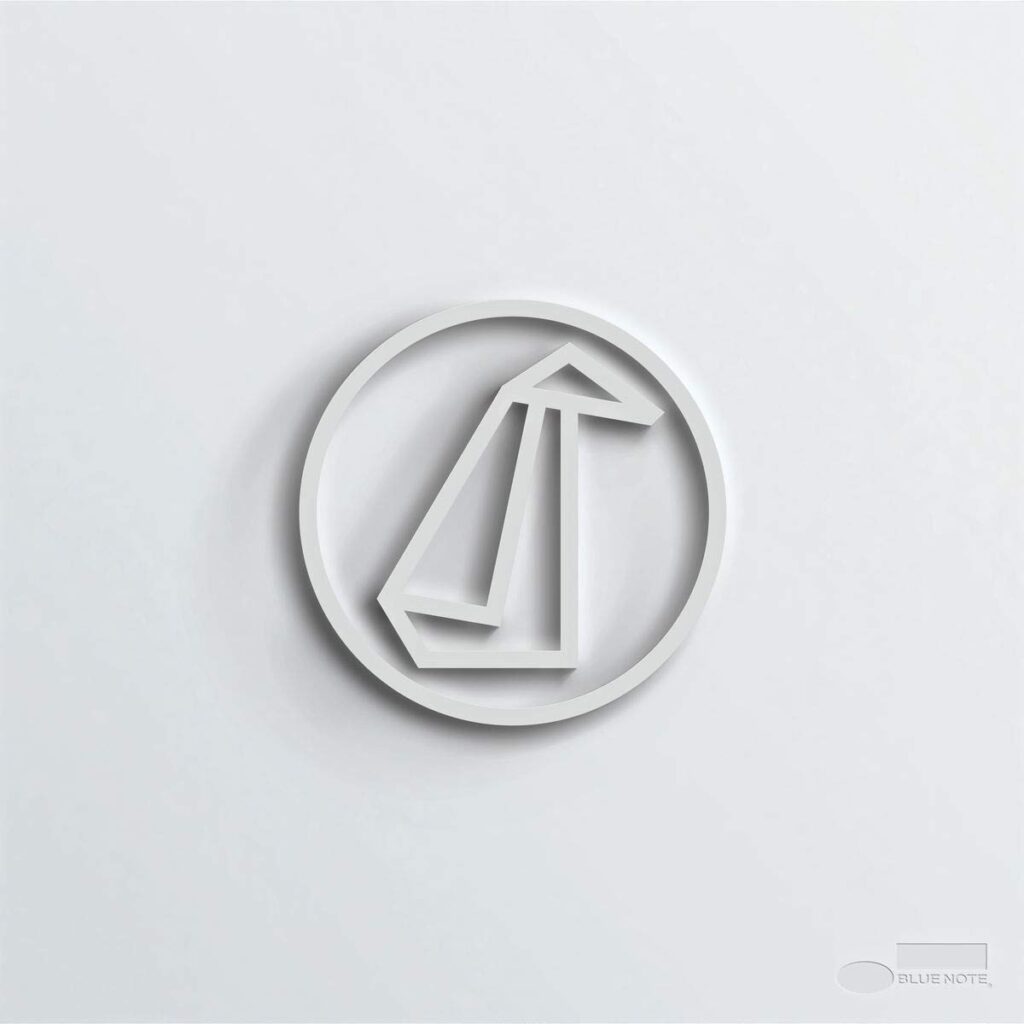 To find out more about GoGo Penguin and their latest album, visit them online.