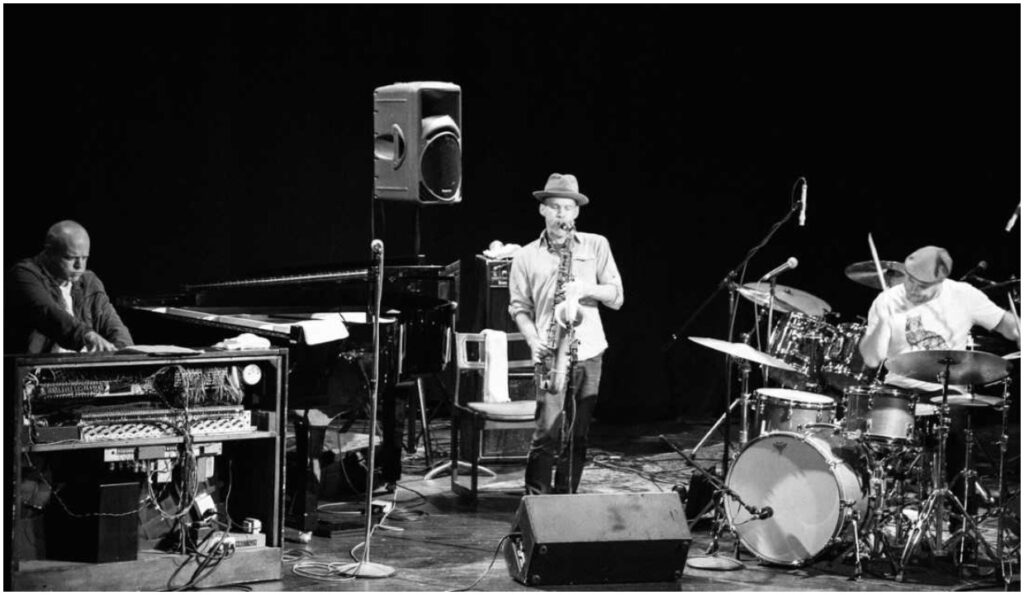 Drummer/composer Ben Perowsky has finally shared Upstream with the world, almost five years after its original recording in Woodstock, New York. The new LP, released on October 31, finds him leading a stellar trio featuring keyboardist John Medeski and saxophonist Chris Speed. The band has been playing together since the early 2000s, and showcase here some fiery chemistry as they play originals by Medeski and Perowsky, as well as tributes to heroes Wayne Shorter, Miles Davis and Jaco Pastorius.

We asked Perowsky to take us through each of the tracks on Upstream, to understand the inspiration behind each song and some of the work that went into the making of this new album. You can also listen to the LP via the player below.

“Dania,” written by the great Jaco Pastorius, is named after a city in Florida (he grew up in Fr. Lauderdale). When I was in high school, growing up in NYC, I used to go see Jaco whenever I could at places like 7th Avenue South (owned by the Brecker Brothers) or 55 Grand St. and other clubs no longer open. Once, I got to sit in with his band when I was about 15 years old or so. Jaco had left the stage already but Gil Evans was in the audience and the band kept playing… anyway, I digress.

In his Word of Mouth band, he frequently played this tune. As it turns out, John Medeski, also from Florida, played with Jaco regularly as a teen! He brought in the handwritten chart by Jaco to our session, which kind of blew my mind. We added the vamp up top and at the end, based on all the times I’d heard Jaco’s band. Often, he would just start playing a pedal and the band would fall in when they were ready.

“Meta” is a beautiful, poignant and delicate portrait written by John Medeski. He and Chris lead us through an improvised introduction before the tempo and groove settle in. It’s so much fun for me to hear these guys playing so through the harmonies in this song. We don’t get to hear them do that too often these days (play chord changes). True masters they are.

This is a little ditty I wrote for a very rambunctious stream in the Catskill Mountains of the same name (near the one on the album cover). I came up with that backward sounding vamp first. I realized afterward that it reminds me of a Donovan song I once covered called “Sunshine Superman.” We move the vamp into 7/4 for Medeski’s solo and back again to the end. This is very much the way that stream behaves.

“Paul” was named for the great Paul Motian, who passed a couple of years prior to this recording. His way of playing music deeply affected me and I feel lucky to have watched him play on so many occasions. He lived in the neighborhood I grew up in and was always friendly and supportive. The song also pays homage to John Lennon’s “I Am the Walrus,” which bears slight reference to Paul McCartney being the walrus in the lyrics.

This song was originally recorded by [Medeski, Martin & Wood] and it’s written by John Medeski. This is a fun romp showing Medeski’s maniacal and comedic side. His instructions were to sort of play in time and out of time at the same time. I feel like we achieved this in some way. I love the clarinet-organ trio sound – a rarity.

“Face On The Barroom Floor”

This is an arrangement I did of Wayne Shorter’s beautiful, dark composition from a duet with the late great Joe Zawinul. Wayne grew up in Newark, New Jersey, with Bobby Thomas, my drum teacher and my father’s close friend at the Juilliard School. It was so great to hear stories from Bobby about growing up with Wayne and even being introduced on occasion. I’m sure there is a story to this title but, unfortunately, I never got to hear it. Playing it now, we get to make up our own.

“Sidecar” is written by Miles Davis. I really had fun with the approach on this one. Having played a lot of different types of groove-based music where things are pretty clear as far as rhythm section roles laying down a straight groove supporting a singer or even a soloist with little interaction aside from the role of support, this kind of spins that on its head, with all three in the trio having a constant dialogue – a three-way conversation.

I really enjoy bringing an improv/jazz head set into an open groove setting to see where things can lead and how it can work. With John and Chris, there is so much built-in trust and decades of shared music experience that it’s easy to just jump in.

“Love and the Apocalypse”

Also bringing the improv mindset to this piece I wrote a while back but hadn’t recorded until now. We start free out of nothingness. Slowly bringing in the melody. Somewhat of an out of focus lullaby where things aren’t exactly right but life goes on anyway. 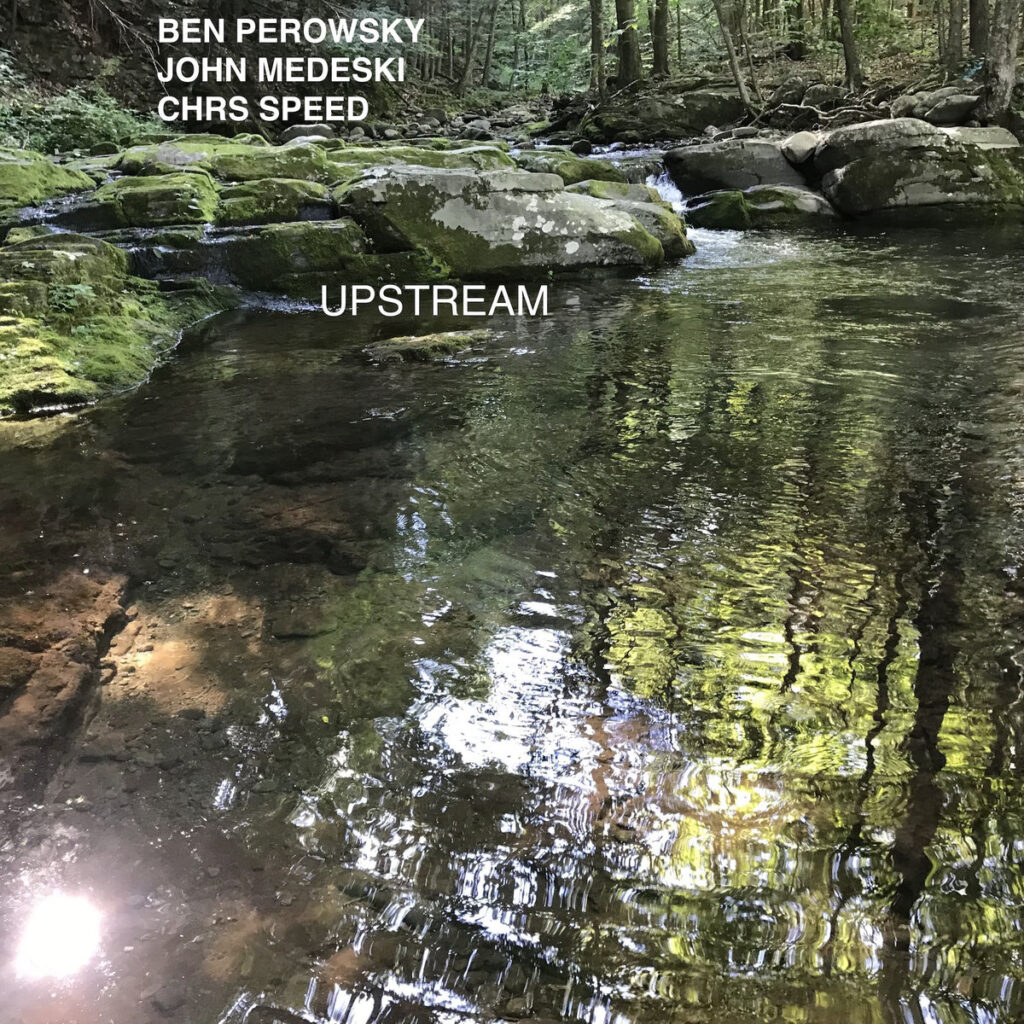 To find out more about Ben Perowsky, visit him online HERE.