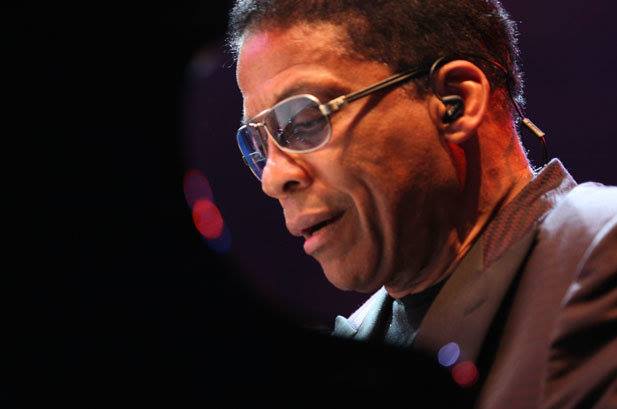 An NEA Jazz Master and multiple Grammy Award winner, Hancock has served as the organization’s chairman of the board for the past 15 years.  He embraced the honor with gratitude and an eye toward the future.

“Having the Institute named in my honor is tremendously humbling and represents a profound moment for my family and me,” he said in a press statement. “I’m looking forward to continuing in my role as Institute Chairman and carrying on and expanding the organization’s important worldwide jazz education and humanitarian initiatives.”

Also announced were details for the organization’s 2018 International Jazz Competition,  which will take place in Washington, D.C. on Dec. 2 and 3. This year’s competition will focus on jazz piano, and will feature 14 young pianists from around the world. The adjudicating jury will consist of piano icons Monty Alexander, Joanne Brackeen, Cyrus Chestnut, Jason Moran, Danilo Pérez, Renee Rosnes and Hancock.

To celebrate this monumental moment, we’re revisiting our 10 favorite Herbie Hancock albums of all time, from his early work as a straightahead hard-bopper to his later work as a fusion pioneer.

10 – TAKIN’ OFF (1962)
Takin’ Off is the sturdy hard-bop debut album by Hancock, recorded when he was only 22 years old. Released on Blue Note Records, it showcased his precocious skills as a musician, bandleader, and composer. In fact, every track on the album was written by him, including “Watermelon Man,” which made its debut here and was released as a single, reaching the Top 100 Billboard Pop listing. Takin’ Off also featured Freddie Hubbard, Dexter Gordon, Butch Warren and Billy Higgins.

9 – GERSHWIN’S WORLD (1998)
Less known than other entries on this list, Gershwin’s World was a project put together by Hancock on the year of composer George Gershwin’s centennial. Far from being a reverential album of covers, it is a collage of Gershwin’s music and other music that was popular during his time. It is also marked by cross-stylistic imprints and various references to the entire history of jazz. Not to mention that the album guest stars a cast including Joni Mitchell, Wayne Shorter, and Stevie Wonder.

8 – MR. HANDS (1980)
Unjustly overlooked upon its original release, Mr. Hands is now recognized as the best album from a period in Hancock’s career that was marked by lackluster electric and disco-influenced releases. Mr. Hands is also notable for a number of reasons: it was Hancock’s landmark 30th album, it featured all five members of the original Headhunters quintet, it included an all-synthesizer track and bassist Jaco Pastorius played on the track “4 A.M.”

7 – THRUST (1974)
Thrust continued Hancock’s jazz fusion ventures. It was the keyboardist’s follow-up to his 1973 monumental Head Hunters album and almost replicated its commercial success, peaking at number 13 on the Billboard Hot 200 listing. The line-up of the Headhunters remained mostly unchanged, with the exception of drummer Mike Clark replacing Harvey Mason, adding more ferociousness to an already well-oiled funk machine.

6 – SPEAK LIKE A CHILD (1968)
Before venturing into electronic experimentation and the use of synthesizers, Hancock played with the conventions of hard-bop in many ways. For example, on Speak Like a Child, he composed music for a sextet fronted by flugelhorn, bass trombone, and alto flute. Allegedly influenced by the music of Gil Evans, Oliver Nelson, and Thad Jones, Hancock was more interested in sounds than definite chord patterns and tried to give horns notes that would give color and body to the sounds he heard as he wrote the music.

5 – MWANDISHI (1972)
During the late 60’s and early 70’s, Hancock adopted a Swahili name, Mwandishi. He also began to integrate notions of funk and rock in his compositions. This period of re-invention culminated with the release of Mwandishi, which saw him definitely depart from the traditional jazz idiom. This was especially done to appeal to a wider audience. Indeed, promotion of his works around this time tended to avoid making reference to jazz and called Hancock “the most honored pianist in pop music.”

4 – INVENTIONS & DIMENSIONS (1963)
Inventions & Dimensions was an exciting exploration of modal jazz and hard bop-influenced by Latin jazz rhythms and percussions. Although the album was entirely made up of Hancock’s original compositions, it would be re-released by Blue Note Records in the mid-1970’s under the title Succatash and credited to both the pianist and drummer Willie Bobo.

3 – MAIDEN VOYAGE (1965)
Maiden Voyage was released in 1965 on Blue Note Records and was the fifth album led by Hancock, who was only 24 years old at the time. It is a concept album aimed at recreating an oceanic atmosphere. The title track, along with “The Eye of the Hurricane” and “Dolphin Dance” also featured on the album, has now become a jazz standard. Maiden Voyage was presented with the Grammy Hall of Fame Award in 1999.

2 – EMPYREAN ISLES (1964)
Empyrean Isles is arguably the best of Hancock’s Blue Note Records albums. Having gone through a period of Latin rhythmic influences on previous outings, Hancock returned to pushing the boundaries of hard bop through soul and post-modal experimentation. He was ably supported by his adventurous quartet, which featured Freddie Hubbard, Ron Carter, and Tony Williams. Their collaboration birthed two of Hancock’s most popular tunes, “One Finger Snap” and “Cantaloupe Island.”

1 – HEAD HUNTERS (1973)
Hancock returned to the “lighter stuff,” as he called it, after producing a number of more experimental works. The first of his Head Hunters albums presents an exciting and complex blend of music of many styles and genres, including jazz, funk, African and Afro-Caribbean music. Many have also noted that while Miles Davis’ Bitches Brew was primarily aimed at a “white” audience, Head Hunters was all “black.” In 2007, the Library of Congress added it to the National Recording Registry, which collects “culturally, historically or aesthetically important” sound recordings from the 20th century.

BONUS– BLOW-UP (1967)
Many lists of the best albums by Herbie Hancock fail to mention his soundtrack to Michelangelo Antonioni’s film Blow-Up. Perhaps this is due to the inclusion of a Yardbirds track. Nonetheless, the rest of the bluesy soundtrack was written by Hancock and contributed immensely to shaping the ambiance of the swinging London of its time. Ironically, the album was first recorded in London with British musicians. However, this version was rejected, and its composer re-recorded every track in New York with a personnel that featured Ron Carter, Phil Woods, Jack DeJohnette, Joe Henderson, Jimmy Smith and Freddie Hubbard. 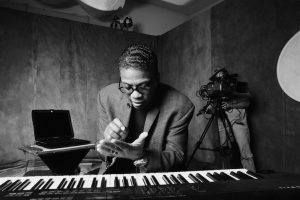