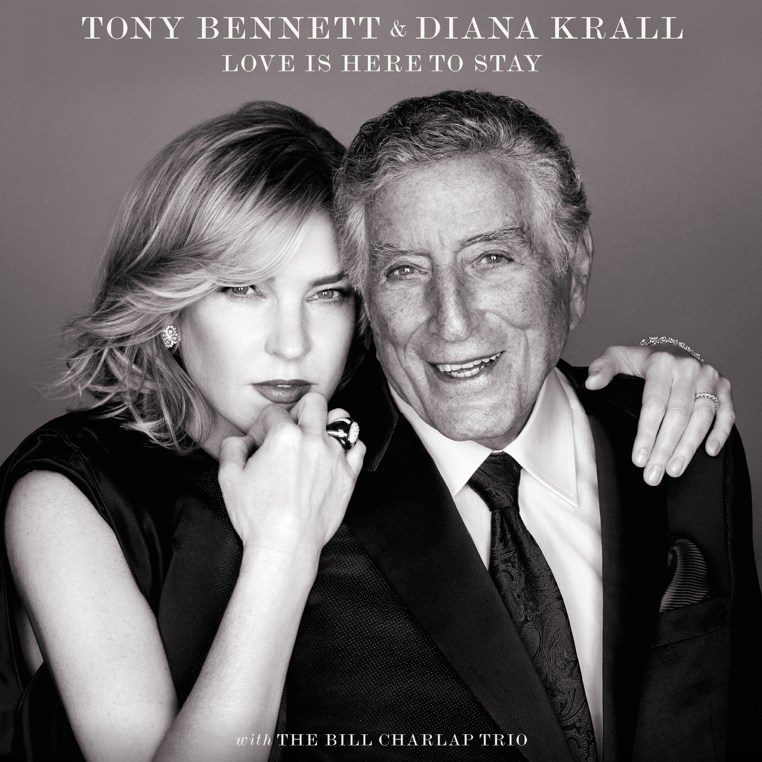 Tony Bennett and Diana Krall celebrate their shared love of the music of George and Ira Gershwin, and their over twenty year friendship, on their first full-length collaborative album, Love Is Here to Stay, out on September 14 via Verve Records/Columbia Records. Watch the video for "Fascinating Rhythm" from Love Is Here to Stay via the player below:

Bennett and Krall toured together in 2000 and recorded duets for two of Bennett's albums - Duets and Playin' With My Friends. However, Love Is Here to Stay is their first full-length collaborative album. Celebrating the music of George and Ira Gershwin, the album will also be released just in time for George Gershwin's 120th birthday, which takes place on September 26.

The video for "Fascinating Rhythm" was unveiled on Bennett's 92nd birthday, on August 3. Bennett first recorded the song in 1949, and it was the first song he ever released, made under his then stage name, Joe Bari. Other songs on the album include such beloved tracks as "They Can't Take That Away from Me," "I've Got a Crush on You," and "Our Love Is Here to Stay," among others.

Love Is Here to Stay was produced by Dae Bennett and Bill Charlap, with Danny Bennett as executive producer. It was recorded with the Bill Charlap Trio, featuring Charlap on piano, Peter Washington on bass and Kenny Washington on drums.

"When Tony Bennett and Diana Krall sing the music of the Gershwins, it's truly the consummate artistic pairing of singers and songwriting," Danny Bennett, who is also President and CEO of the Verve Label Group, commented via an official press release. "It's one of those recordings that you listen to it, you recognize instantly that it had to happen - it was just a matter of getting these two extraordinary performers into a studio and putting the Gershwin songbook in front of them."