Jazz North’s Jazz Camp for Girls Expands: Jazz North, the jazz development agency in the North of England, is expanding its Jazz Camp for Girls from one day to a whole weekend. The camp will take place at different locations in the North of England during an overall period of six weeks between February and March. This expansion aims to give more girls aged between 9 and 15 an opportunity to flourish under female role models, discovering improvisation, experiencing playing in a band and developing in their confidence. 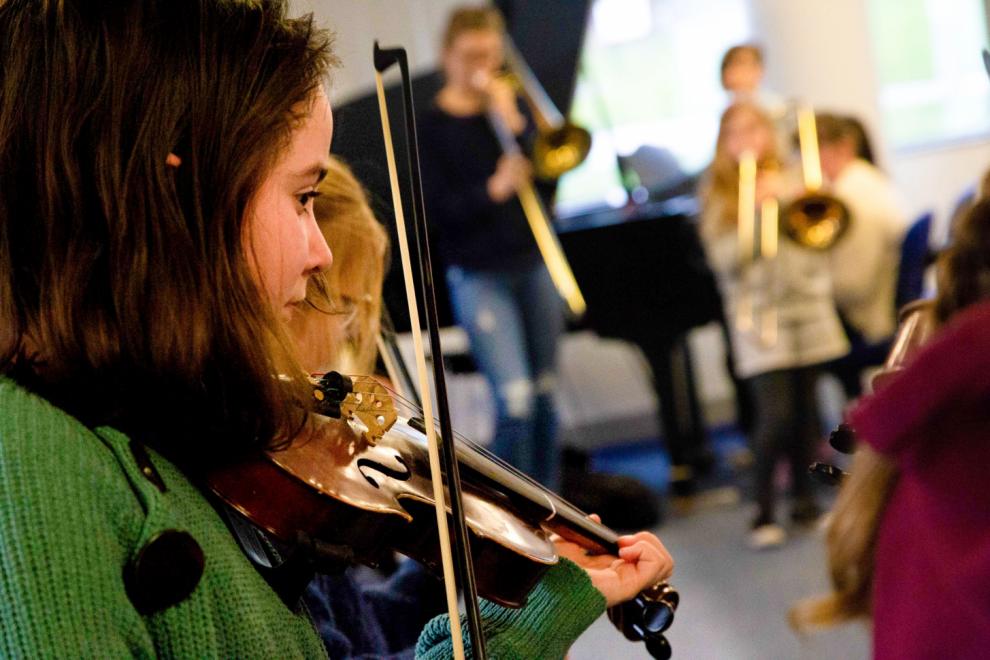 Unreleased Tony Allen and Hugh Masekela Album Out Soon: Rejoice is a special collaborative album by two great African artists – drummer and Afrobeat pioneer Tony Allen, and the Father of South African Jazz, trumpeter Hugh Masekela. Originally recorded in 2010 in the United Kingdom by producer Nick Gold, the LP finds them accompanied by a new generation of well-respected jazz musicians, including Tom Herbert, Joe Armon-Jones, Mutale Chashi and Steve Williamson, and is finally set to see the light of day for the first time on March 20 via World Circuit. Rejoice also marks Masekela’s first posthumous release – he died on January 23, 2018, aged 78. You can hear the album track “We’ve Landed” via the player below.

New Kenny Barron and Dave Holland Collaborative Album Out Soon: NEA Jazz Masters pianist Kenny Barron and bassist Dave Holland reunite on a brand new studio album, five years after the release of their acclaimed duo outing, The Art of Conversation. Joining them on this new collaborative effort, titled Without Deception after a new piece contributed by Barron, is drummer Jonathan Blake, who adds much versatility to the mix. The new LP is due out March 6 via Dare2 Records.

Richard Maltby, Jr. and David Shire to be Honored at 35th Bistro Awards: Lyricist/director Richard Maltby, Jr., and composer David Shire will be honored with the Bob Harrington Lifetime Achievement Award at the Bistro Awards gala, held at New York’s Gotham Comedy Club on March 9. This will be the 35th edition of the Bistro Awards. Maltby and Shire have formed one of the longest partnerships in Broadway history and collaborated on such shows as Baby, Big and Closer Than Ever, among others. 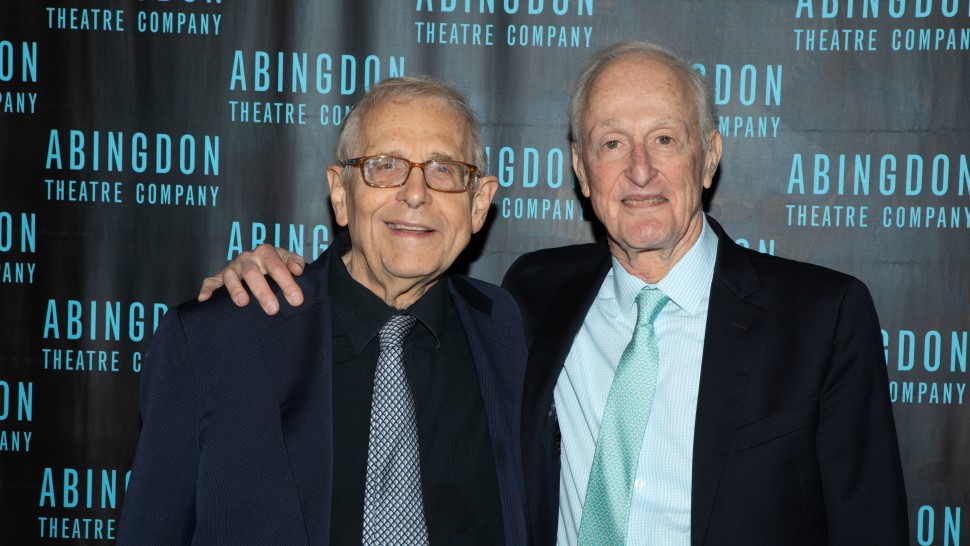 Albare Celebrates Antonio Carlos Jobim on New Album: Guitarist/composer Albare celebrates the legacy of the great Brazilian composer Antonio Carlos Jobim on his 12th album. Albare Plays Jobim was released on December 20 via ALFI and features reimaginings of such classics as “One Note Samba” and “Chega de Saudade,” among other songs. “As Jobim was such an influence in my playing, I feel this album is overdue and I am now ready to express the intense beauty of these melodies to my own satisfaction,” Albare says via a statement. Albare Plays Jobim also features Antonio Sanchez on drums, Ricardo Rodriguez on bass, and Joe Chindamo on piano and string arrangements.

Kirk Knuffke to Release First-Ever Concert Album: Cornetist/composer Kirk Knuffke is set to release his first-ever concert album. Brightness: Live in Amsterdam will be available on February 21 via Royal Potato Family. It captures the creativity and inventiveness of Knuffke and his acclaimed trio with bassist Mark Helias and drummer Bill Goodwin. “With this trio, I try to make the music as minimal as possible so that we remain free to go in many, many different directions,” the cornetist explains. Brightness: Live in Amsterdam was recorded at the renowned Dutch club Bimhuis.

Matthew Shipp to Release New Solo Piano Album on Newly-Launched Label: Piano master Matthew Shipp celebrates the year of his 60th birthday with a brand new solo piano album, a form that has increasingly showcased him at his most profoundly exploratory. The Piano Equation will be released on May 1 and also marks the inaugural release on the newly-launched label Tao Forms, founded by Shipp’s longtime collaborator, drummer Whit Dickey.

Norah Jones Announces New Puss N Boots Album Plus Upcoming Tour Dates: Singer/songwriter Norah Jones will release the second full-length album of her alternative country music Puss N Boots trio, featuring Sasha Dobson and Catherine Popper. Sisters is due out on February 14 and it is a collection of original songs written by the band members collectively and individually, mixed with loving covers of songs by Tom Petty, Dolly Parton, Paul Westerberg and Concrete Blonde. The band will also play two New York City shows – February 14 at Rough Trade in Brooklyn and February 15 at Bowery Ballroom in Manhattan – and appear at the 2020 New Orleans Jazz & Heritage Festival on April 25. Additional tour dates will be announced shortly.

The New Lionel Hampton Big Band Returns to NYC’s Birdland: The New Lionel Hampton Big Band will be performing at New York’s Birdland Jazz Club on February 4-8. The band is co-led by Lance Bryant, Christian Fabian and Cleave Guyton Jr., who all played with the vibraphone legend and relaunched the ensemble at the request of the Hampton Estate. Returning after a 15-year hiatus, hey will be joined on stage by acclaimed drummer Jason Marsalis.

NOLA Crawfish Fest Announces 2020 Lineup: NOLA Crawfish Fest has announced the lineup for its fifth edition, which will take place at Central City BBQ’s Smoke Yard in New Orleans, Los Angeles, on April 27-29. Headliners include Anders Osborne, Ivan Neville, Eric Krasno, Marcus King, Duane Trucks, Luther Dickinson and Grahame Lesh. In addition to the music, the Louisiana Fish Fry Ultimate Crawfish Cookoff and King Kooker Crawfish Eating Contest will occur during the festival days. “We are super excited to be putting on the festival for the fifth year in a row and our plans are to make this the biggest and best yet,” says Chris Davis, producer of NOLA Crawfish Fest. Tickets are on sale HERE.

Jazz à Juan Celebrates 60th Anniversary This Year: The international jazz festival Jazz à Juan, Europe’s longest-running jazz festival, will celebrate its 60th anniversary this year, including by extending its duration from July 9 through July 22. The festival will take place at Juan-les-Pins in France, and the first names announced for this landmark edition include Marcus Miller, Anne Paceo, Ibrahim Maalouf and Lionel Richie. More names will be announced during an official press conference that is scheduled to take place at the end of February.

Jazz Festival Ljubljana Announces First Names: Jazz Festival Ljubljana will take place at the Slovenian capital’s Cankarjev Dom’s halls and club on June 17-20. Free concerts will also take place throughout the festival period at the Council of Europe Park. It will feature a varied lineup, including the festival debut of Tunisian oud master Anouar Brahem and the return of bass virtuoso Avishai Cohen. More names will be announced at a later date.

Multi-instrumentalist/composer Jeff Parker returns with a brand new album dedicated to his mother. Suite for Max Brown features nine originals plus versions of Joe Henderson and Miles Davis tunes. While Parker plays most of the instruments, the LP finds him alongside a band named The New Breed, featuring among others fellow multi-instrumentalist Makaya McCraven.

Russian-born pianist/composer Yelena Eckemoff’s latest concept album is a sonic portrait gallery depicting the world of the creatures of the night. Informed by her background in classical music mixed with the American jazz tradition, Nocturnal Animals offers 14 original impressions and is enriched by the presence of a Scandinavian band, including Jon Christensen, Thomas Stronen and Arild Andersen.

After exploring the piano trio form on his recent full-length recordings, Theo Hill explores the quartet on his latest album, Reality Check. The album – which also features top young vibraphonist Joel Ross – is defined by a wide palette of harmony and colors, and finds Ross unleashing his talents on the piano, Rhodes and synthesizers.

The Gospel of Matthew:  Matthew Shipp discusses the mystery at the heart of the artistic process