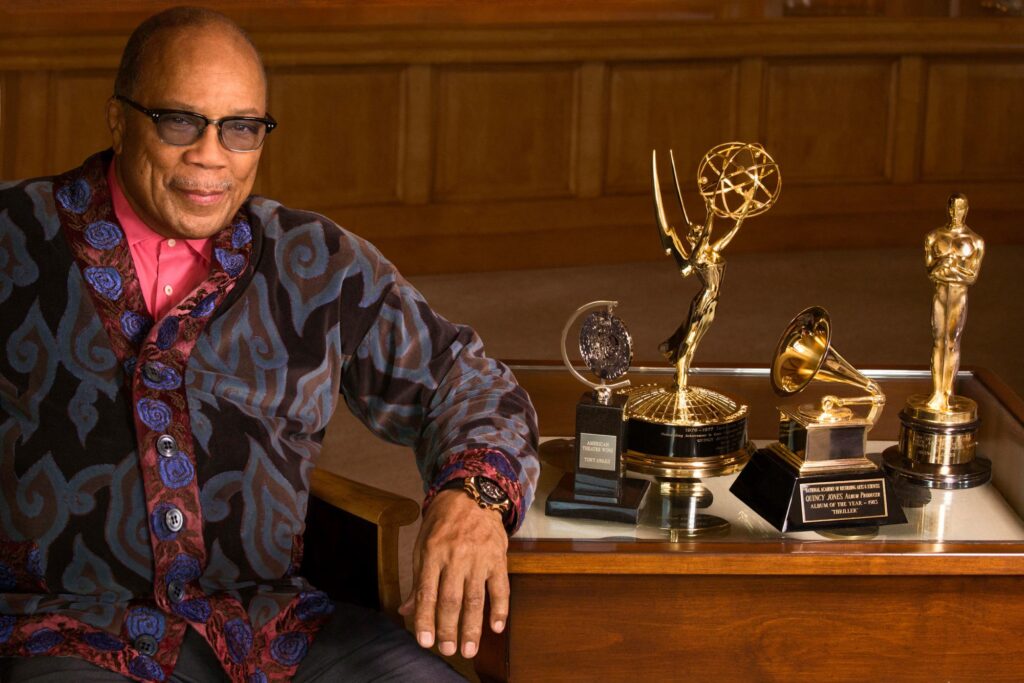 Over the years, I’ve written about my admiration for Quincy Jones on a personal level. Like legendary jazz producers Bruce Lundvall and Tommy LiPuma, Quincy was already legendary when we met. And as I did with Lundvall and LiPuma, I felt honored whenever I received a call, invite or request from him and even more so when in his physical presence. The ever-present support for JAZZIZ from these icons is one of the reasons why we’re still here. Looking back it’s clear that, on a professional level, I learned so much from each of them — from the stories, wisdom and contacts they shared with me, their risk-taking and vision of the future.

In the late-’80s, Quincy got me to rethink the rap and hip-hop scene. Admittedly, I wasn’t paying too much attention to it at the time because most of what I was hearing didn’t speak to or appeal to me. But when he insisted that there was a new generation of young talented musicians and rappers that were entering the scene in the same way it happened in jazz nearly a half-century earlier, I dug deeper, though still not quite “getting it.”

It wasn’t until I got an advance release of Quincy’s Back on the Block, circa late 1988, and an invite to his record-release party, that things started to make sense. Quincy put his money — and his name, which appears atop the album — where his mouth is on a production that featured Sarah Vaughan, Ella Fitzgerald, Al Jarreau, Take 6 and Ray Charles on vocals, while ingeniously weaving in rappers Kool Moe Dee, Big Daddy Kane and Ice-T; all alongside tracks with solos by Miles Davis, Dizzy Gillespie, Herbie Hancock, James Moody and George Benson.

Q’s Back on the Block party — like his world-shattering approach to Michael Jackson’s Thriller — was not part of a record company marketing plan, but rather a genuine statement of the shape of things to come. And from that point on, we saw the movement he championed take flight — from London’s acid jazz scene (including music from Us3 on Lundvall’s Blue Note) and groundbreaking albums including A Tribe Called Quest’s The Low End Theory, Meshell Ndegeocello’s Plantation Lullabies and Branford Marsalis’ Buckshot LeFonque. Each project echoed what Quincy had been saying all along: Rap is here to stay.

Today, and included in this issue dedicated to the topic — from Gil Scott-Heron to Kendrick Lamar — we’re seeing so many talented artists moving the music forward while incorporating jazz’s rich heritage, much like Miles, Dizzy and Herbie did in earlier decades. As a result, we’re being introduced to new directions in improvisation that maintain the spirit and the passion of the music we love.