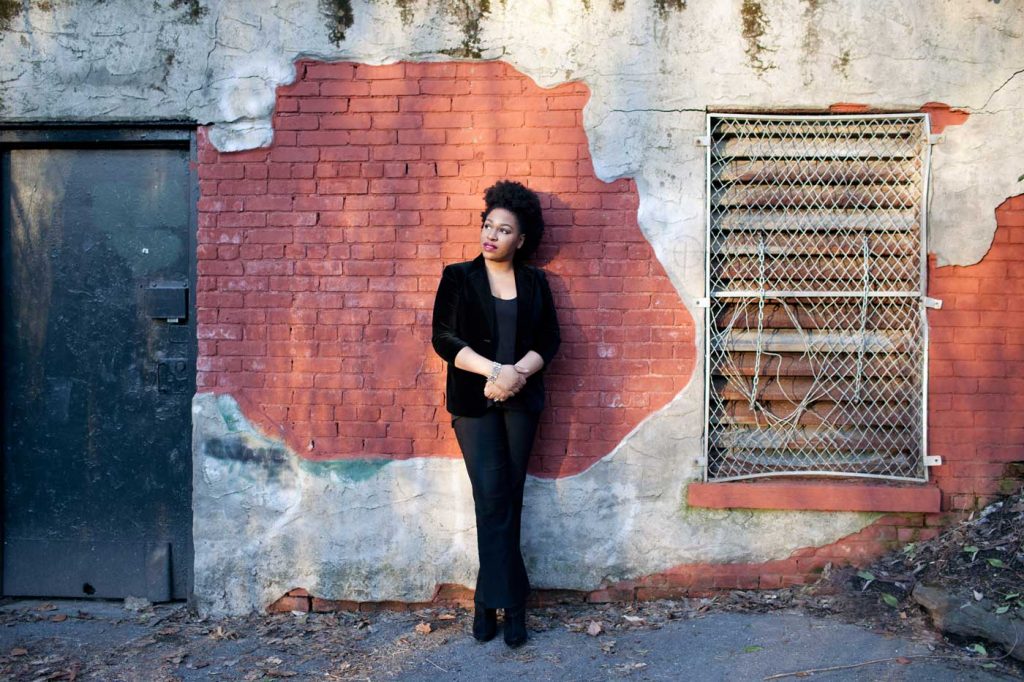 Gil Scott-Heron, along with his frequent collaborator Brian Jackson, created some of the most potent, politically charged music of the 1970s. For vocalist Charenee Wade, the lyrics of songs such as “Home Is Where the Hatred Is” and “Ain’t No Such Thing as Superman” are just as relevant today as they were 40 years ago. “With all the political and racial unrest that’s still happening right now in this country, it’s even more important for his voice to be heard,” she says. “That was the main reason for me wanting to do this project.”

The 11 tracks on Offering: The Music of Gil Scott-Heron and Brian Jackson (Motéma) deal with racism, addiction and social justice. It’s an ambitious undertaking, considering that this is just Wade’s second disc as a leader. But her confident vocals and solid arrangements bring Scott-Heron’s powerful messages to the fore. “I wanted to pick tunes that I could bring myself into,” Wade says. “It was a bit of a melding together, because Gil is more on the groove/funk side of things. Whatever song was getting stuck in my head and I could hear an arrangement coming to me, that was the song I would go for. I also wanted to respect where Gil and Brian were coming from musically. I tried to meld my personal influences with Gil’s, so that the spirit of what he created was still there.”

Producer Mark Ruffin had previously overseen a 2011 ode to Scott-Heron with vocalist Giacomo Gates. He and Wade, who has appeared on recordings by Rufus Reid and Aaron Diehl, were able to attract top talent for the disc, including guitarist Dave Stryker, vibraphonist Stefon Harris and actor-poet Malcom-Jamal Warner, who contributes a spoken-word performance on “Essex/Martin, Grant, Byrd & Till.” “Malcolm’s voice and message had that poetic, raw, in-your-face energy reminiscent of Gil,” Wade says. “If Gil witnessed the past year of tragedies and injustices, what would he say? Malcolm hit it right on the head.”

Wade would like to see more musicians tackling the issues that Scott-Heron and Jackson confronted, though she understands the risks involved. But she says the fact that the concerns they wrote about are just as prevalent today is what makes it so crucial for artists to speak up.

“We’ve still got work to do,” Wade says. “It’s a reminder to everyone that if we want things to shift and have more equality, compassion and more love in the world, we have to do it. And if we see someone not doing that, we have to stand up and speak out.” —John Frederick Moore