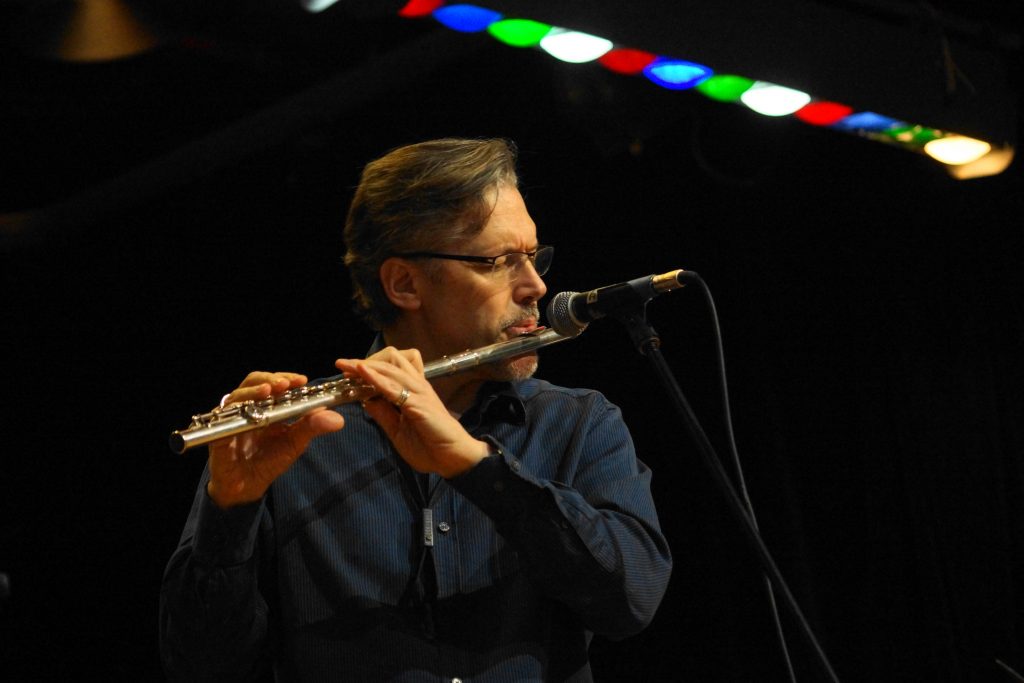 The Panama Jazz Festival: An Ocean of Sonic Delights

The late afternoon sun was scorching and the music was just as hot when the 13th edition of the annual Panama Jazz Festival wrapped up after six days jammed with clinics, master classes, lectures, jam sessions and formal concerts featuring some of the jazz kingdom’s ranking royalty. Under the banner of Art, Education and Culture, Panamanian pianist Danilo Pérez’s yearly extravaganza once again delivered a well balanced menu of activities aimed both veteran and neophyte jazz fans as well as aspiring musicians from throughout the region who took advantage of the presence of master musicians to advance their skills.

“At the root of our work is human development,” Pérez commented in regard to his foundation’s ongoing effort to bring music education to his country’s least advantaged youth. “Some of these kids come from very troubled backgrounds, with parental neglect, poverty and drug use. These programs give them self confidence and something they can be proud of — a new identity. And, the music is only part of it. They learn the discipline that comes with their studies and gain a new sense of self respect.”

The Danilo Pérez Foundation has generated hundreds of thousands of dollars to sustain its programs in Panama and provide scholarship for promising students to study abroad at such distinguished institutions as Boston’s Berklee College of Music. The creation of additional programs on the ground in this small Central American nation has provided other means through which students can experience world class instruction without having to leave home.

The PJF has also broken new ground among jazz festivals of the world by featuring a stand-alone symposium addressing the practice of music therapy in its many forms. The creation of Pérez’s wife and festival executive director Patricia Zárate, who earned a degree in music therapy at Berklee, founded the Latin American Music Therapy Symposium three years ago. The annual event draws academic authorities on the topic from through the Americas. As part of the now annual event, participants visit local nursing homes and Panama City’s children’s hospital to put their skills into practice where they are most needed. Underscoring the basic premise of this evolving kind of therapeutic work, lecturers hammered home the point that music has a greater capacity to stimulate the brain than any other sensation.

Music workshops covered a wide range of topics, from Afro-Panamanian rhythms and drumming and the use of the violin in national styles to ensemble playing, basic improvisation, composition and a focus on specific instruments, including trombone, piano, saxophone, bass, drums and voice. Richie Barshay led a particularly popular session that explored body percussion techniques and the physical mechanics of utilizing one’s body to its full potential. Several noted vocalists also shared their knowledge, including Italian singer Sissy Castrogiovanni, noted for her svelte vocalese; Martha Galdos, who specializes in Afro-Peruvian idioms; and Dominique Eade, known for a wide octave range and ingenious arrangements. Eade, a voice professor at the New England Conservatory, reminded those who attended her workshop that the voice is the one instrument that everyone has and that — best of all — it’s free. She introduced students to such unique vocal warm-up techniques as using a straw normally used to sip a soft drink as a tool — pursing ones lips and blowing through it to produce a range of tones.

This year, as in years past, a heavy-hitting talent line-up was leavened by stylistically-diverse concerts, including the salsa orchestra of Willie Panama and the Tal Gamliele Trio of Israel, plus ensembles largely comprised by students, among them the Berklee Global Jazz Institute and the New England Conservatory, directed by noted arranger and composer Ken Schaphorst. Also on tap were bassist John Patitucci, a longtime PJF regular who performed in a duo with his guitar-playing brother Tom, and the Pan-American Detroit Big Band, largely comprised of students from Wayne State University.

A quartet from New York University, fronted by NYU music professor and well-traveled reedman Dave Pietro, provided a template for how a seasoned jazzman can work productively with student musicians, in this case a pianist from Germany and bassist and drummer from Ecuador. Pietro’s sunny, lightly Latin and Brazilian-grounded compositions supplied a comfort zone the student musicians found welcoming while their professor, on alto sax and flute, soloed extensively.

The festival also wisely features a legion of native talent, and this year’s addition truly impressed with a wide range of stylistic perspectives, including traditional Afro-Panamanian rhythms, mainstream jazz, soul, folkloric dancing and percussion, and other regional flavors. Violinist Joshue Ashbey, who showed up more than once as a guest artist and had the honor of sitting in with Randy Weston, was a PJF hit, as was the Danilo Pérez Foundation Ambassadors, an ensemble of vocalists and instrumentalists at an early stage of their music growth.

In a festival line-up that provided audiences with a multitude of stellar performances, the event’s gala concert in Panama City’s Anayansi Theater — the foundation’s major fund-raising event — generated the most excitement. Special guest Danny Rivera, a legendary vocalist from Puerto Rico recognized for his role in the Nueva Canción (New Song) movement of the 1960s and ‘70s, was featured in a duo setting with Pérez on piano. Nueva Canción artists, including Chile’s Violeta Parra, Mercedes Sosa from Argentina, Cuban Pablo Milanés and Rivera, among others, used poetic balladry as a way to protest the excesses of the region’s military dictatorships, human rights and other social issues.

Pérez began the evening alone at the piano, crafting a cerebral, minimalist version of the standard “Who Can I Turn To” as Rivera entered, singing the well-known lyrics in English. What followed was a set of equally inspiring performances by two masters who represent vastly different music perspectives yet met harmoniously on the common ground of Rivera’s emotion readings of his revered repertoire.

The evening also included the debut of a new suite for large ensemble written by Pérez and performed by the Pan-American Detroit Big Band. The work is an audacious melding of swelling harmonies and surging Panamanian rhythms. The ever-building crescendo of excitement included the big band backing Rivera and Pérez’s father, Danilo Pérez Uriolla, in a vocal duet of the bolero classic from 1949, “Mucho Corazón,” and the debut of a piece co-written by Rivera and Pérez, “Black is Beautiful,” adroitly arranged by Wayne State University student pianist Daniel Meinecke.

In remarks made before one of the evening concerts, the festival’s MC paraphrased Carlos Santana’s famous comment that “rock is like a pool; jazz is an ocean.” At the 13th edition of the annual Panama Jazz Festival, there was more than enough compelling music to fill all seven seas.