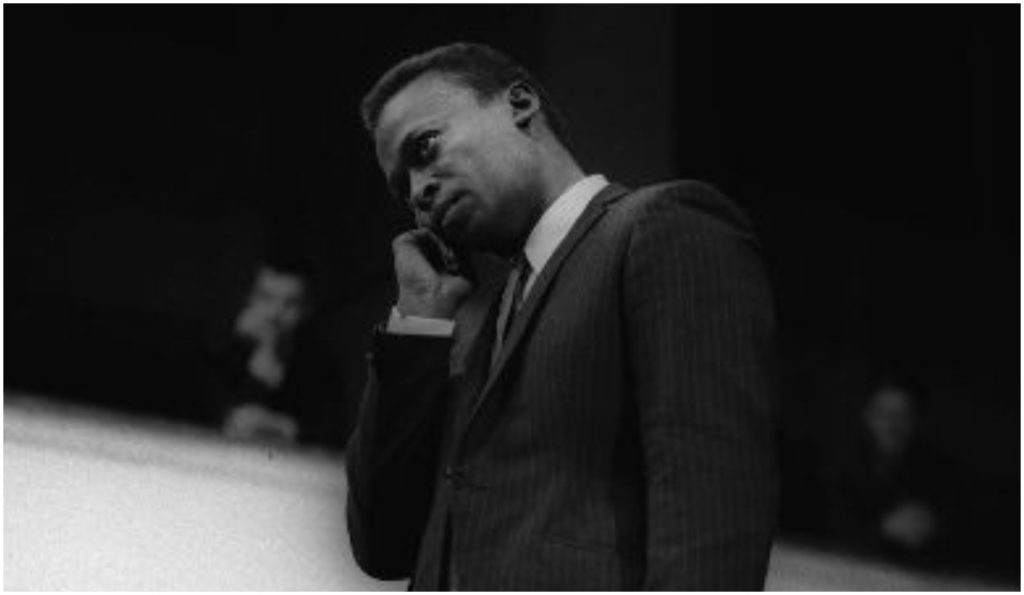 Local Youth Begin Restoration Work at the John and Alice Coltrane Home: The National Trust for Historic Preservation announced that a Hands-On Preservation (HOPE) Crew will perform important restoration at the John and Alice Coltrane Home, located on Long Island, New York, in the community of Dix Hills. Over the course of several days, a team of local young people will gain valuable vocational experience while performing needed repairs at the home where the musicians/composers lived during the ’60s. The work undertaken by African American youth at the Coltrane Home is part of a partnership between the Fund II Foundation and the Trust’s African American Cultural Heritage Action Fund (AACHAF). The National Trust named the John and Alice Coltrane Home a National Treasure in 2017 and a $75,000 capacity-building grant made possible by the AACHAF allowed the Friends of the Coltrane Home to hire a project manager to help carry out its vision to rehabilitate and interpret the property.

New Miles Davis Documentary to Screen in New York and L.A. Theaters This August: Miles Davis: Birth of the Cool, a new documentary on trumpet legend Miles Davis’ life and art directed by Stanley Nelson, will open at New York City’s Film Forum on August 23 and Los Angeles’ Landmark on August 30, before rolling out in other cities starting in September. The documentary features contributions from Herbie Hancock, Carlos Santana, Ron Carter and many others, as well as narration drawn from the trumpeter’s 1989 autobiography, read in a raspy voice by actor Carl Lumbly and lots of music. Miles Davis: Birth of the Cool is released via Abramorama and Eagle Rock Entertainment and you can watch a trailer via the player below.

New Box Set Documenting Earthworks’ 20-Year History Out Now: Summerfold Records has released a 20-CD/4-DVD box-set documenting the 20-year history from 1987 to 2006 of Earthworks, the jazz band led by English drummer/percussionist/composer Bill Bruford. Earthworks Complete contains Earthworks’ entire catalog plus previously unreleased and little-known material by the band. All audio, visual and print material were compiled and curated by Bruford himself. 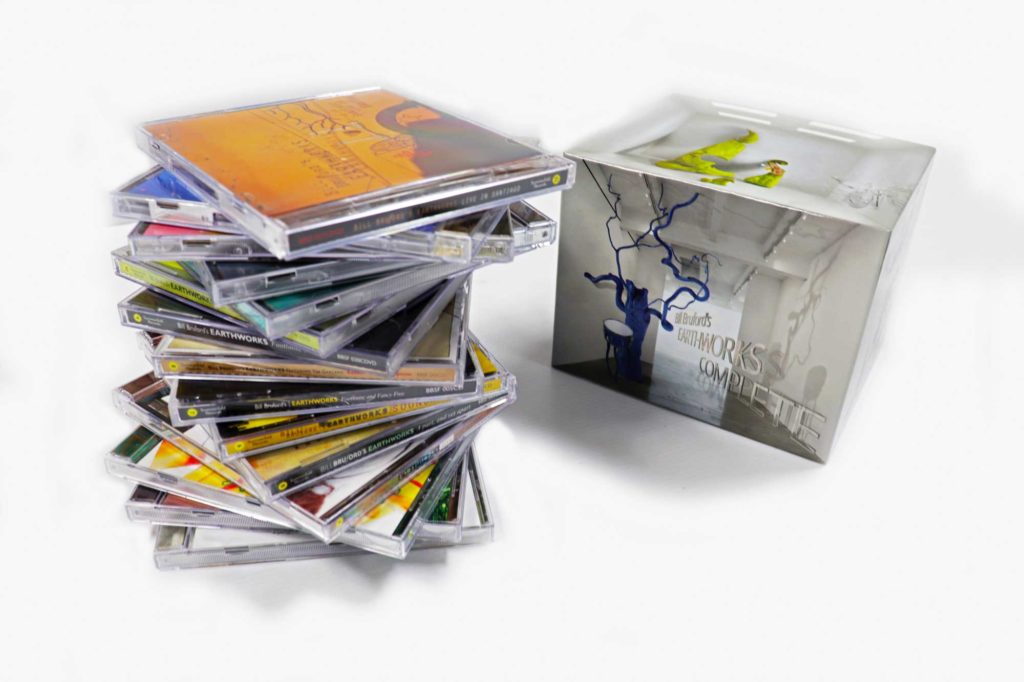 Florian Hoefner to Release First Trio Album on September 27: Pianist Florian Hoefner is set to release his first trio record, First Spring, on September 27 via ALMA. The album featured drummer Nick Fraser and bassist Andrew Downing, and it’s a jazz piano trio take on Americana inspired by folk and roots artists such as Salm Almidon, Levon Helm and Chris Thile. “A common denominator in a lot of this music is the sound of the fiddle,” Hoefner explains via a press release. “It occurred to me that with the double bass I have a string instrument in the trio that I can use for exactly this purpose. So I started arranging some of my favorite songs for piano, bass, and drums, often using the bowed bass as an additional melody instrument.”

The Necks to Receive Top Honor at 2019 Art Music Awards: Australian experimental jazz trio, The Necks, will receive the Richard Gill Award for Distinguished Services to Australian Music on August 10 at the 2019 Art Music Awards at Sydney University’s Great Hall. The Necks is made up of pianist Chris Abrahams, bassist Lloyd Swanton and drummer Tony Buck, have been mainstays of the international avant-garde jazz scene since first forming in 1987. The Art Music Awards are presented each year by APRA AMCOS and the Australian Music Center in recognition of the achievement in composition, performance, education and presentation of Australian art music.

Deb Bowman Album Release Performance at NYC’s Birdland, September 22: Alabama-born, New York-based singer, actor, composer and cabaret artist Deb Bowman makes her debut as a songwriter on her upcoming album, Fast Heart. The project comprises a mix of jazz standards and four original tunes penned by her, and it is a loving commemoration to her sister Patti, who died of ovarian cancer. The vocalist will be releasing Fast Heart in concert on the 10th anniversary of her sister’s passing at New York City’s Birdland Jazz Club on September 22. 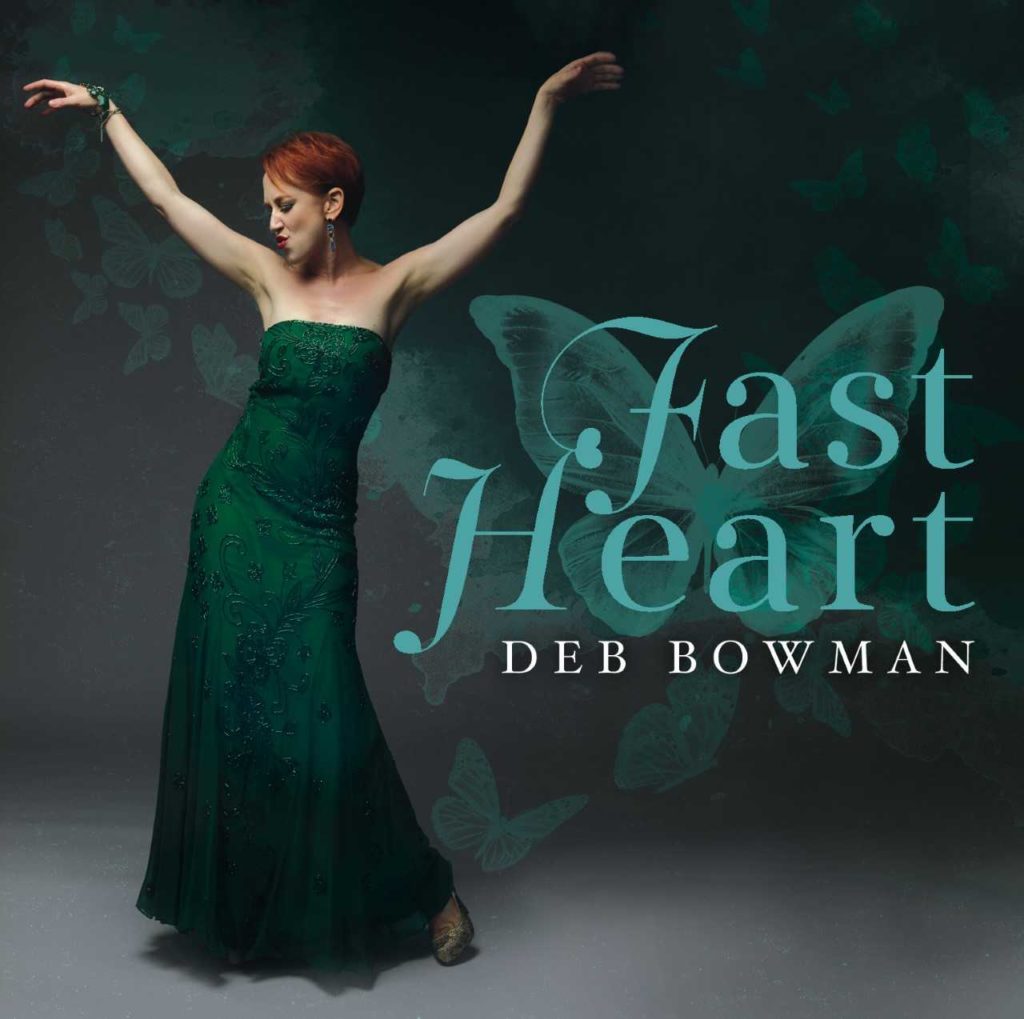 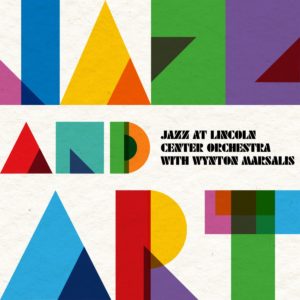 Jazz and Art is a new collection of studio recordings of original compositions by the Jazz at Lincoln Center Orchestra with Wynton Marsalis inspired by the works of modern art masters, such as Romare Bearden, Stuart Davis, Sam Gilliam, Winslow Homer, Wilfredo Lam, Norman Lewis and Piet Mondrian. The LP displays impressive musicianship and a range of musical styles, from modern jazz to Gospel, American pastoral music, Afro-Cuban, spirituals, New Orleans, Indian chants, avant-garde and more. “Music and paintings share so many characteristics: colors, layers, line, form, shape,” explains saxophonist and Orchestra member Ted Nash. “No wonder they are such agreeable collaborators. When these two art forms come together, they create a new medium.” 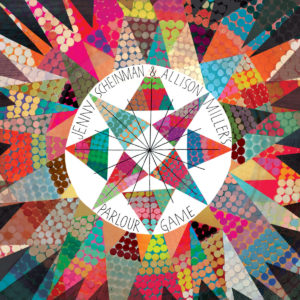 Violinist Jenny Scheinman and drummer Allison Miller, two of the indie-jazz scene’s foremost instrumentalists, have worked side-by-side on several projects for nearly two decades. However, Parlour Game marks their first album as co-writing collaborators. Here, they present eleven original compositions that celebrate American musical traditions at a time of great unrest in the country, and prevail as a respite from the daily chaos of the modern world with their hopefulness. Parlour Game also features Carmen Staaf on piano and Tony Scherr on acoustic bass, and the title of the album refers to the way each band member has equal input in how the songs manifest. 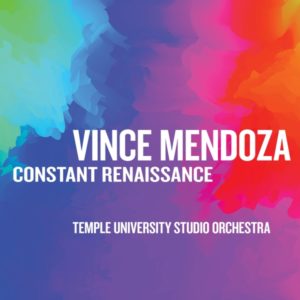 Celebrated composer/conductor was at Temple University and the Kimmel Center for the Performing Arts earlier this year for a week-long residency with students at the Boyer College of Music and Dance. The residency culminated with the performance and recording of his new work, Constant Renaissance, commissioned by Temple University. This is a three-piece suite written by Mendoza in honor of Philadelphia’s history with jazz, and particularly inspired by three of its most universally celebrated luminaries – Dizzy Gillespie, Billie Holiday and John Coltrane. Constant Renaissance was written with trumpeter Terell Stafford and alto saxophonist Dick Oatts in mind and features them as well as the Temple University Studio Orchestra.