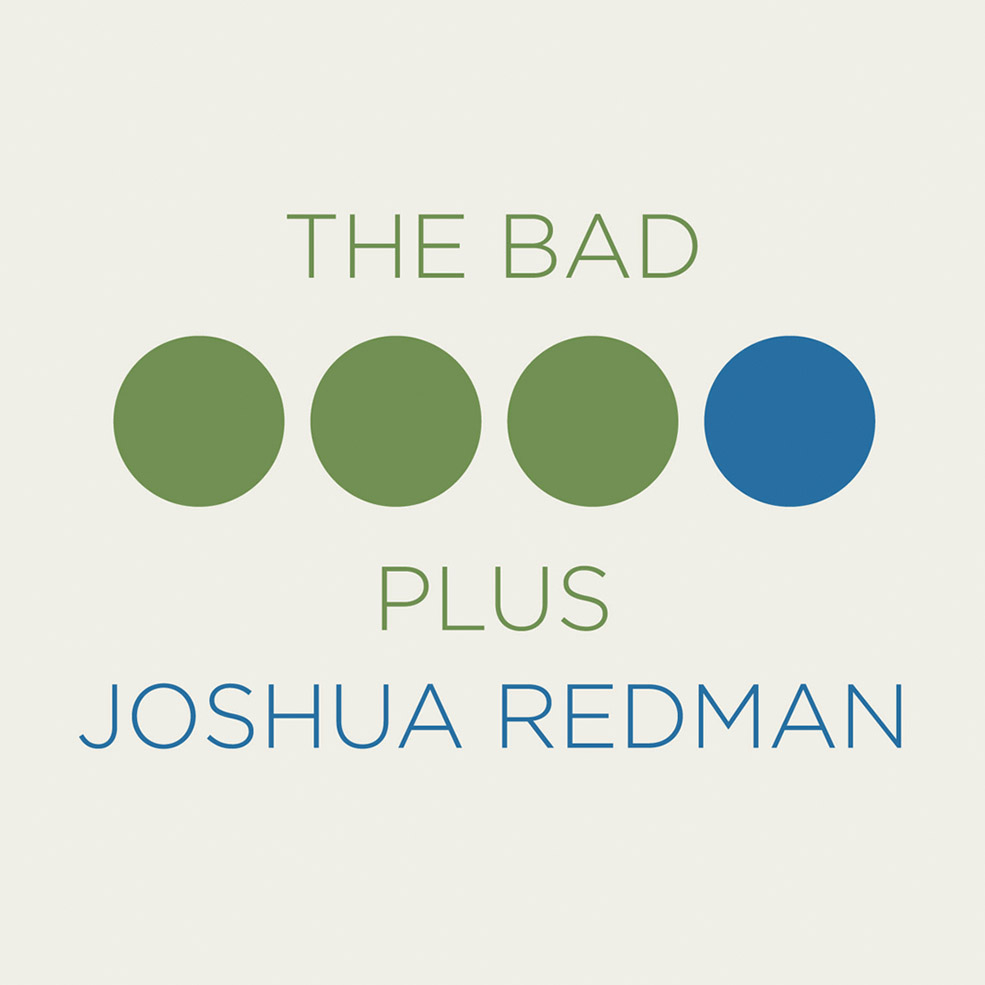 The Bad Plus Joshua Redman
(Nonesuch)

At first blush, this would seem to be a pairing of contrasts. There’s The Bad Plus, a modernist rock- and classical-influenced trio. Then there’s Joshua Redman, a more mainstream-minded saxophonist. But when you look at The Bad Plus members individually, you’ll find a serious devotion to traditional jazz structures in all their pedigrees. And Redman has been known to stretch boundaries, from his funk-based Elastic band to the progressive-minded collective James Farm. All of which is to say that this collaboration not only makes sense, it brings out the best in everyone involved.

The first track, “As This Moment Slips Away,” is the perfect distillation of their sensibilities. There’s the contemporary classical-inspired melody on top of David King’s steady backbeat that grows more fractured as the meter grows more complex. And there’s Redman’s ability to craft rock-solid solos on top of any musical context. The group is in constant sympathy throughout. “Faith Through Error” at first sounds like a free-form romp, but closer inspection reveals Redman, King, and pianist Ethan Iverson all echoing one another’s arpeggiated phrases.

That’s not to say there aren’t contrasts in styles. The Bad Plus’ compositional approach brings a bit more focus to Redman’s solos. Conversely, Redman’s fluid style brings a sense of lightness to the trio’s more formalistic approach, as well as a brighter sheen to their melodies. It’s evident on ballads like King’s “Beauty Has It Hard” and bassist Reid Anderson’s “Lack the Faith But Not the Wine.” Even a knotty piece like Iverson’s “County Seat” might have sounded plodding without Redman’s presence.

Seven of the nine tracks are originals composed specifically for this project. The slow-burning heroism of Redman’s own “The Mending” sounds as if he’s been itching to write a Bad Plus tune. Listening to this record, you get the sense that the four have meant to be together all along. —John Frederick Moore