Victor Wooten Kicks Off U.S. Tour Celebrating 20th Anniversary of the Center for Music and Nature: Grammy-winning bassist and educator Victor Wooten will embark on a two-week tour in various cities across the United States, including Nashville, Chicago and Houston, titled “The Wooten Woods Experience” on April 15-27. The tour celebrates the 20th anniversary of Wooten’s Center for Music and Nature and will showcase the spirit of music, nature, community and creativity that defines it.

Aretha Franklin Wins Posthumous Pulitzer Prize: Aretha Franklin has been awarded the Pulitzer Prize special citation for her “indelible contribution to American music and culture for more than five decades.” The Queen of Soul, who died of pancreatic cancer on August 16 of last year, is the first individual woman to earn the award since it was first presented in 1930. Previous recipients of the prize include Duke Ellington, John Coltrane, George Gershwin, Scott Joplin and Thelonious Monk, among many others.

Terence Blanchard’s New Opera to Premiere in Saint Louis: The Opera Theatre of Saint Louis (OTSL) announced the world premiere of trumpeter-composer Terence Blanchard and librettist Kasi Lemmons’ Fire Shut Up in My Bones, based on the memoir of celebrated writer Charles Blow. This opera is part of OTSL’s series New Works, Bold Voices, which is committed to commissioning new operas that reflect the diversity of modern American experience. Fire Shut Up in My Bones is Blanchard’s second opera and has been co-commissioned with Jazz St. Louis. It will open on June 15 and run for six performances directed by OTSL artistic director James Robinson, conducted by William Long and featuring an acclaimed cast including sopranos Julia Bullock and Karen Slack, and bass-baritone Davóne Tines.

Kronos Quartet Live Documentary New York Premiere: The acclaimed multimedia work A Thousand Thoughts: A Live Documentary with the Kronos Quartet will have its New York premiere at the Town Hall on April 25. This performance piece is the result of a collaboration between Oscar-nominated filmmakers Sam Green and Joe Bini with the acclaimed string quartet, and explores the power of music through the lens of the Kronos Quartet via a unique blend of live music, narration, projected archive footage and filmed interviews with Philip Glass, Tanya Tagaq, Wu Man and others. Watch the trailer for A Thousand Thoughts via the player below.

A Celebration of Ivan Neville at New Orleans’ Le Petit Theatre: 30AMP Circuit, the nonprofit dedicated to the improvement of the overall health and wellness of working musicians, will celebrate multi-instrumentalist and singer-songwriter Ivan Neville’s 60th birthday with with an event titled Ivan Neville’s Songbook Live – Piano Sessions Through the Ages, at New Orleans’ Le Petit Theatre on May 2. During this evening of live music, Neville will also be presented with 30AMP Circuit’s inaugural Songbook Award, in recognition of his expansive musical legacy and in honor of his lifetime of charitable efforts supporting New Orleans’ music community. Proceeds from the event will benefit New Orleans’ Musicians Clinic.

Concord Jazz Festival Celebrated 50th Anniversary: Concord Jazz and Live Nation will present the 50th Anniversary Concord Jazz Festival at the Concord Pavilion in Concord, California, on August 3. This year’s featured artists include Dave Koz & Friends Summer Horns, Esperanza Spalding, Chick Corea Spanish Heart Band, The Legendary Count Basie Orchestra featuring Patti Austin and many more. “The creation of this festival by visionary Carl Jefferson in 1969 led directly to his formation of the Concord Jazz label just a few years later,” said Concord Records president John Burk. “Therefore, we at Concord Jazz owe a great debt to Jefferson and the City of Concord, and we are thrilled to partner with Live Nation in bringing the Festival back home for its 50th Anniversary.”

The Hot Sardines, an exciting eight-piece band co-led by singer Elizabeth Bougerol and pianist Evan Palazzo, captivate 21st-century audiences with their personal take on the sound of early 20th-century hot jazz. Their new live album, Welcome Home, Bon Voyage, is out via Eleven Records and showcases their distinctive energy and fascinating performances from two different live sets, with such tracks as a modern twist on the syncopated Spencer Williams/Jack Palmer “Everybody Loves My Baby” to an irresistibly dissonant take on Duke Ellington/Juan Tozon’s “Caravan” and beyond. Welcome Home, Bon Voyage produced by Eli Wolf and captures the ensemble at New York City’s Joe’s Pub and Toronto’s Koerner Hall at the Royal Conservatory of Music.

Blue Engine Records will release the original soundtrack for Bolden, a new film imagining the life of cornetist Buddy Bolden, one of the most obscure yet influential figures in the pantheon of American music. Bolden is often credited as the first true legend of jazz, despite the fact that he reached his peak before recording music became a common practice. The music for the film is composed, arranged and performed by Wynton Marsalis, who convened some of today’s most virtuosic jazz musicians – including drummer Ali Jackson, vocalist Brianna Thomas, bassist Carlos Henriquez and trombonist Wycliffe Gordon to name but a very few – and imagined what his cornet would have sounded like. The 26 songs on the album comprise a comprehensive mix of classic tunes associated with Bolden and his greatest descendant, Louis Armstrong, plus Marsalis’ own original compositions. 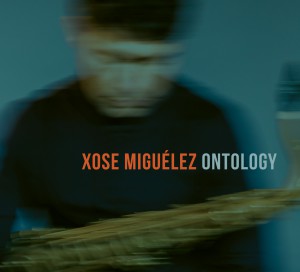 Internationally renowned Spanish saxophonist-composer Xose Miguelez’s latest album, Ontology, began with his research on traditional Galician music. That research led him to a discovery of a recording by ethnic musicologist Dorothé Schubart of a ballad sung by his own great-aunt Amparo almost 40 years ago in a village in the Galician hills named Cerdedelo-Laza. The first-four note motif at the beginning of this ballad is the root of all Miguelez’s compositions on this album. Ontology was recorded with Miguelez’s modern jazz quartet, plus saxophonist Matt Otto, who produced the album, on three of its tracks.