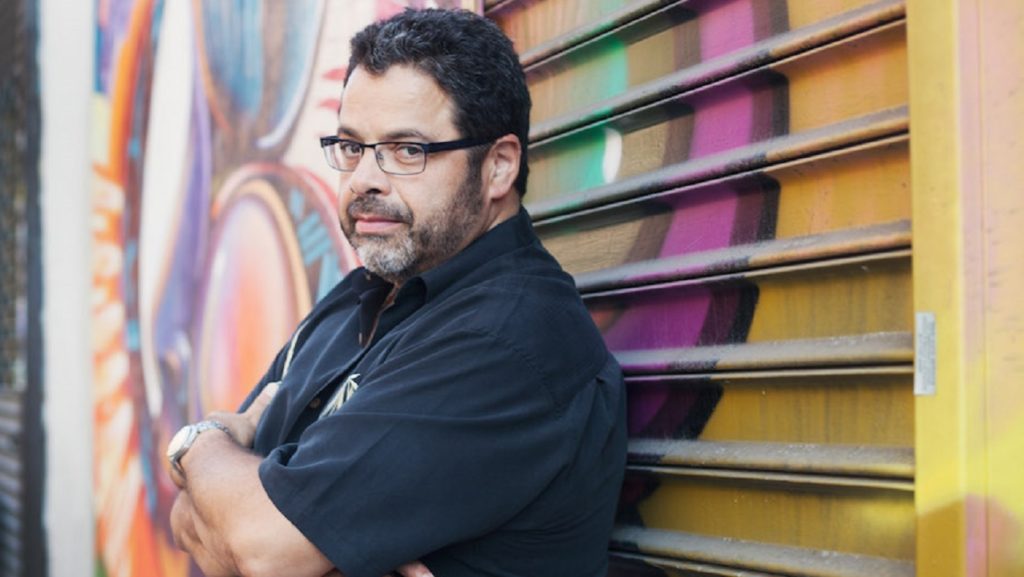 There is a rich tradition of political and social activism in jazz, and in recent months it has taken on a distinct accent. In their social and artistic lives, many Latin artists in the United States have been rebuking the current administration on issues ranging from relations with Cuba to aggressive enforcement tactics along the U.S.-Mexico border, as well as what they perceive as callous political responses to the devastation of Hurricane Maria in Puerto Rico.

Among the most outspoken and ambitious of these socially conscious artists is pianist, composer and bandleader Arturo O’Farrill. His new two-CD set, Fandango at the Wall (Resilience Music), brings together musicians representing several countries and traditions, and stands as a powerful statement about borders, both physical and ideological.

Recorded in Tijuana and New York City, the discs are part of a project that will eventually include a book on the history of U.S.-Mexico relations and a documentary. “The irony of the situation is that [Trump’s proposed] wall actually brought us together,” says O’Farrill, who, with his family, relocated to New York City from Mexico when he was 5 years old. “Through his hatred and stupidity, this president is uniting the very people that he wants to divide.”

Overseen by O’Farrill and producer Kabir Sehgal, Fandango at the Wall builds on the tradition of the Fandango Fronterizo Festival, an annual event founded in 2008 by musician and retired librarian Jorge Francisco Castillo that brings together musicians and fans of son jarocho, a Mexican folk music, from both sides of the Tijuana-San Diego border.

The cultural significance of O’Farrill’s new project is heightened by a number of special guests, including Broadway singer-actress Mandy Gonzalez, violinist Regina Carter, drummer and composer Antonio Sánchez and, in a nod to the countries on the U.S. government’s travel-ban list, Iraqi-American oud master Rahim AlHaj and Iranian sitar virtuoso Sahba Motallebi.

For O’Farrill, the new project reiterates a long-held belief about art. “Charles Mingus wrote ‘Fables of Faubus’ about [then Arkansas] Governor Faubus,” he says. “I heard Billie Holiday sing ‘Strange Fruit’ about the lynching of black men. I’m sorry but, for me, art without conscience is not art. Art can be abstract, art can be not narrative — I don’t have a problem with that. But if your art is not connected to the truth as you see it, in the society that we live in, then it doesn’t mean anything.” —Fernando González

For more information on Fandango at the Wall, visit the Resilience Music Alliance website.