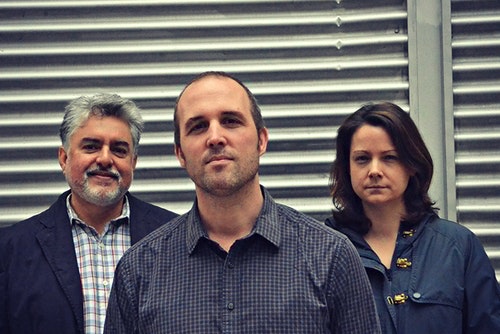 Location, specifically proximity to New York City, is of critical importance to building a profile in jazz. Seldom has one trio illustrated that truth as much as the one led by drummer Nick Fraser, which featured pianist Kris Davis and saxophonist Tony Malaby on opening night of the 37th TD Ottawa Jazz Festival. An Ottawa native, Fraser lives in Toronto, where he has established himself as a leading voice in that city’s improvised music community. By contrast, fellow Canadian Davis – who lives in New York – has become one of the most talked about instrumentalists in jazz worldwide.

A subtle, highly collaborative and original percussionist, Fraser deserves a much larger audience, a reality that was made abundantly clear before an audience filled with people who watched him mature as the longtime house drummer for the Ottawa festival’s late-night jam sessions. At those sessions, Fraser has demonstrated the skill and range to hang with musicians as varied as Wynton Marsalis and Ab Baars.

Leading a thorny trio, he showed that scope and more.

On Davis’ composition Events, Fraser maintained a rapid-fire, constantly shifting dialogue with the pianist, while on a long, slowly unfolding piece on which Davis prepared piano, the drummer created a flow of varied textures.

Fraser’s compositions are as diverse as his playing, filled with motivic cells that overlap and merge, and studded with rhythm devices like the staccato feel of his opening Zoning or the more evident piano ostinato of Wells Tower.

The veteran Malaby, identified by the leader as one his musical mentors, alternated between scorching intensity on tenor and a variety of extended techniques on soprano, which as a highlight of his composition Ecstatics.

Vision Festival: Dispatches from the Avant-Garde