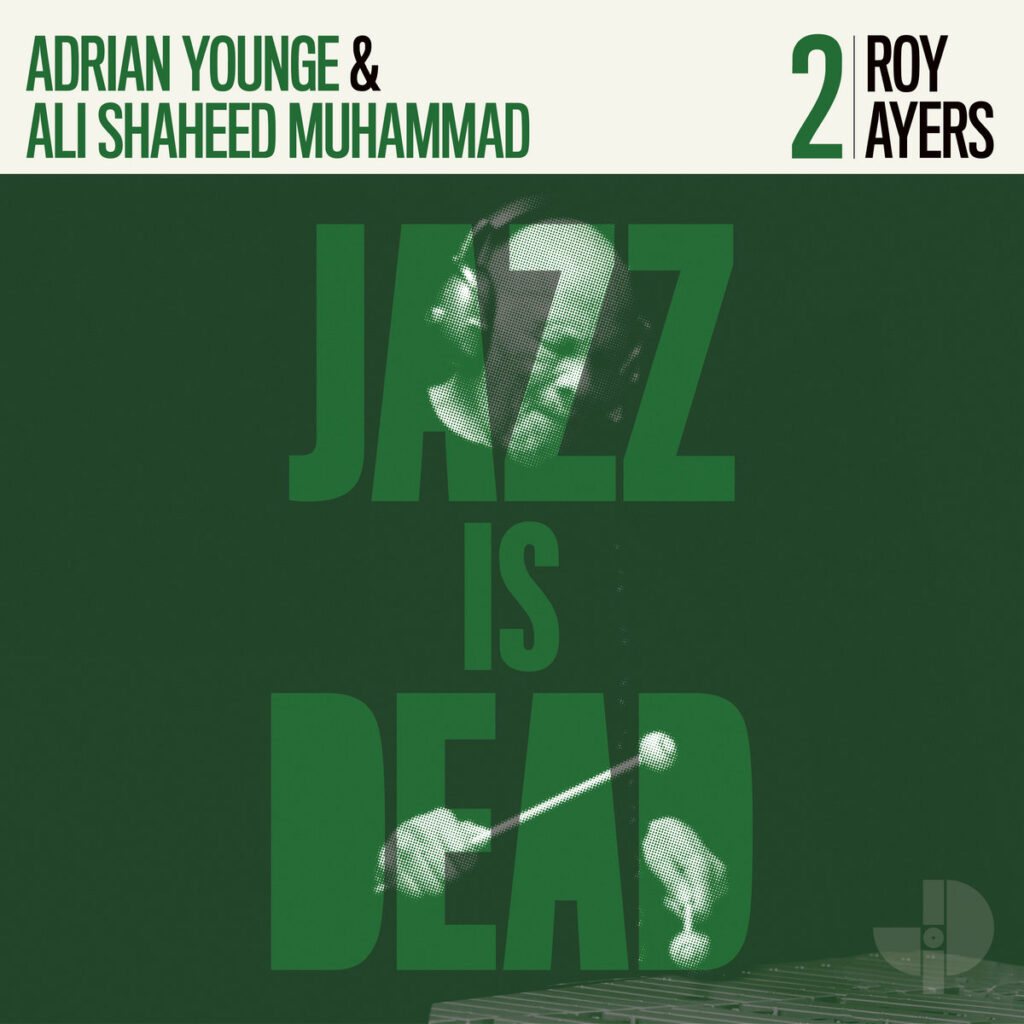 Vibraphonist Roy Ayers was at the vanguard of 1970s soul-jazz. His deeply sensual albums with Roy Ayers Ubiquity made waves beyond the jazz world, as groove-centric tunes such as “We Live in Brooklyn, Baby” and “Everybody Loves the Sunshine” caught the ears of hip mainstream audiences. Championed by hip-hop heads such as Guru, who put him on his seminal 1993 release Jazzmatazz, Volume 1, and sampled by A Tribe Called Quest, Mary J. Blige and Dr. Dre among others, Ayers has long resided in the soul-jazz pantheon. His Jazz Is Dead recording, JID002, shines a deserved spotlight on the 80-year-old vibist, who wrote all the music for the album with collaborators Younge and Muhammad. “Sunflowers,” our selection, sounds like vintage Ayers, the melody riding a sinuous groove supplied by a liquid bass line and drummer Greg Paul’s silvery traps. Wendell Harrison’s tenor sax, Phil Ranelin’s muted trombone and the backing vocals of Loren Oden and Saudia Yasmein further contribute to the sexy soundscape, which sparkles with glints of Ayers’ understated mallet work.