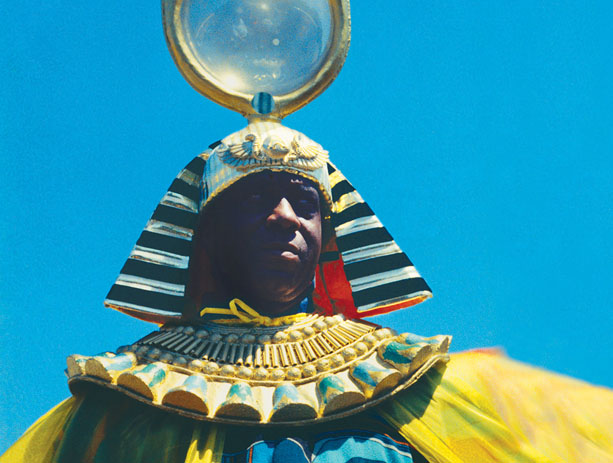 Herman Poole Blount — better known as the cosmic space-jazz keyboard guru Sun Ra — was born on this day (May 22) in Birmingham, Alabama, in 1914. Though official biographies lead us to believe he was raised in Alabama and moved to Chicago during the 1940s, Ra himself would claim that he was born on Saturn and arrived on planet earth in the form of an angel. We’ll let you decide.

Whatever his backstory, there’s no denying that Sun Ra was one of the most important figures in avant-garde jazz and a major pioneer of Afrofuturism, an artistic and cultural aesthetic that merged traditional African elements and themes from science fiction. As the leader of his Arkestra, Ra helped cultivate a style of ecstatic, large-ensemble improvisation that still holds sway to this day.  (Not to mention his Afrofuturist wardrobe, which lives on in Kamasi Washington, Thundercat and other members of today’s young scene). Today, we remember Sun Ra with one of his most famous compositions, “Space Is The Place.”

Song of the Day: Sun Ra, “Door of the Cosmos”