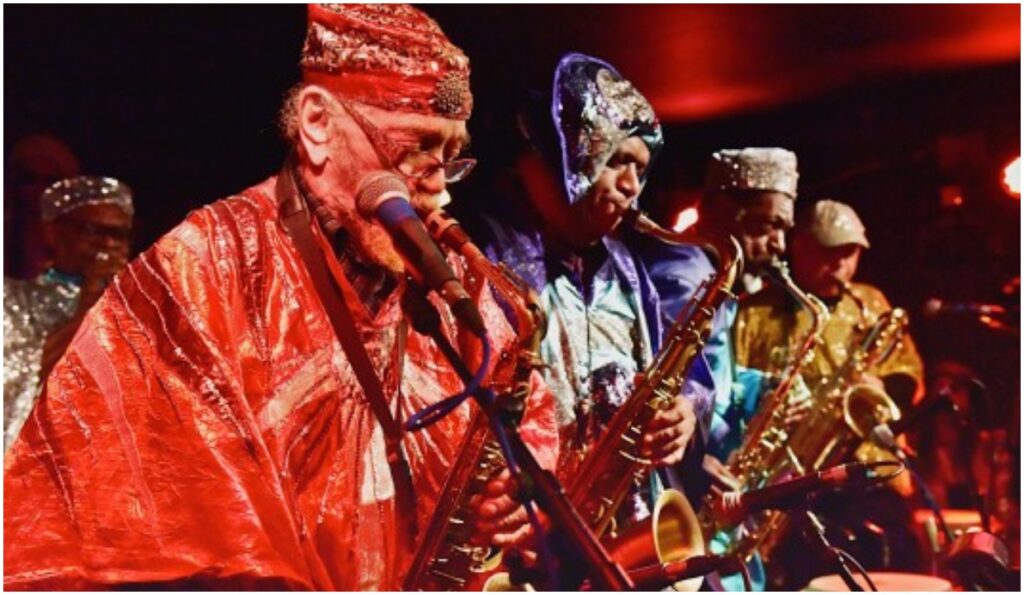 Sun Ra Arkestra to Release First New Studio Album in 20 Years: The Sun Ra Arkestra, now under the direction of saxophonist Marshall Allen, has been keeping the legacy of Sun Ra alive, touring the world since the legendary Afrofuturist bandleader’s death in 1993. Now, they are set to release their first new studio album in 20 years. Swirling is due out on October 9 via Strut and marks a rebirth for this famed ensemble. “This new release is the Arkestra’s love offering to the world,” says Allen via a press release. “Beta music for a better world.” 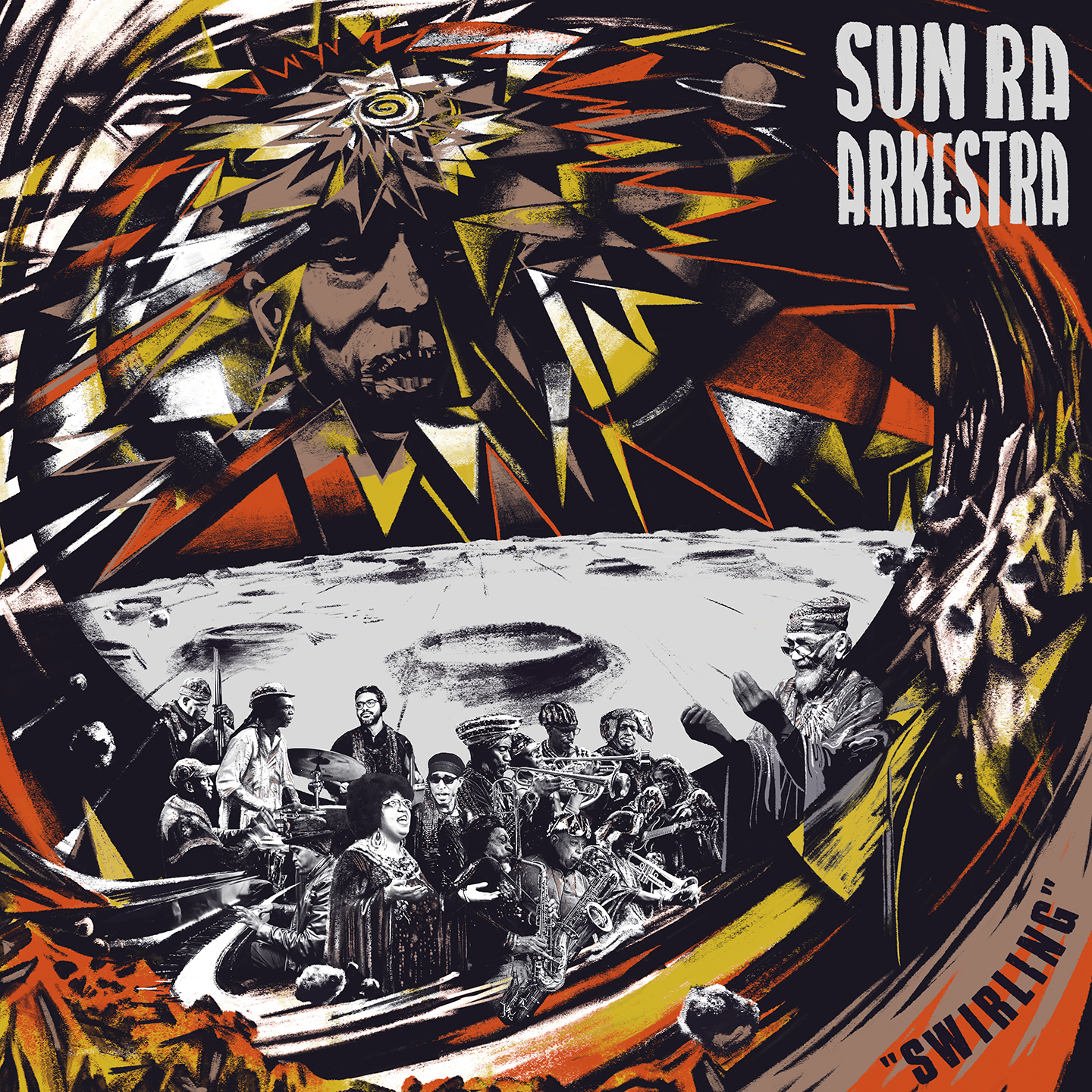 ALA.NI Releases Song for Emmett Till: In 1955, 14-year-old African-American boy Emmett Till was lynched in Mississippi after being accused of offending a white woman. Today, ALA.NI released a new track, “Lament for Emmett Till,” on the eve of what would have been his 79th birthday. The track recites a 1955 poem of the same name by activist Claudia Jones. All proceeds from “Lament for Emmett Till” will benefit the Emmett Till Legacy Foundation. In addition, ALA.NI is currently working to spread the word on the Foundation’s petition to demand justice for Till. Click here for more.

Silvana Estrada to Reissue First Album, Shares New Documentary: Mexican singer/songwriter Silvana Estrada is set to reissue her first album, Lo Sagrado, today (July 24). The album was produced by the acclaimed guitarist Charlie Hunter and recorded in 2016 when she was 19-years-old. However, it was only available for a couple of months before it disappeared off all digital music services. To mark the issue of Lo Sagrado, a short documentary about the making of the record is set to premiere online today. You can watch it via the player below.

Matthew Shipp Announces New Piano Trio Album: Avant-garde and free jazz elder statesman Matthew Shipp will release a new piano trio on September 18 via ESP-Disk. The Unidentifiable comes on the eve of his 60th birthday and marks his fourth trio album with bassist Michael Bisio and drummer Newman Taylor Baker. “Trio and solo make me who I am,” says the pianist via a statement, “which is why it feels so complete to have albums that show both parts of me this year.” In fact, Shipp released a solo piano album, The Piano Equation, earlier this year and we featured it on our May 2020 list of ten albums you need to know. 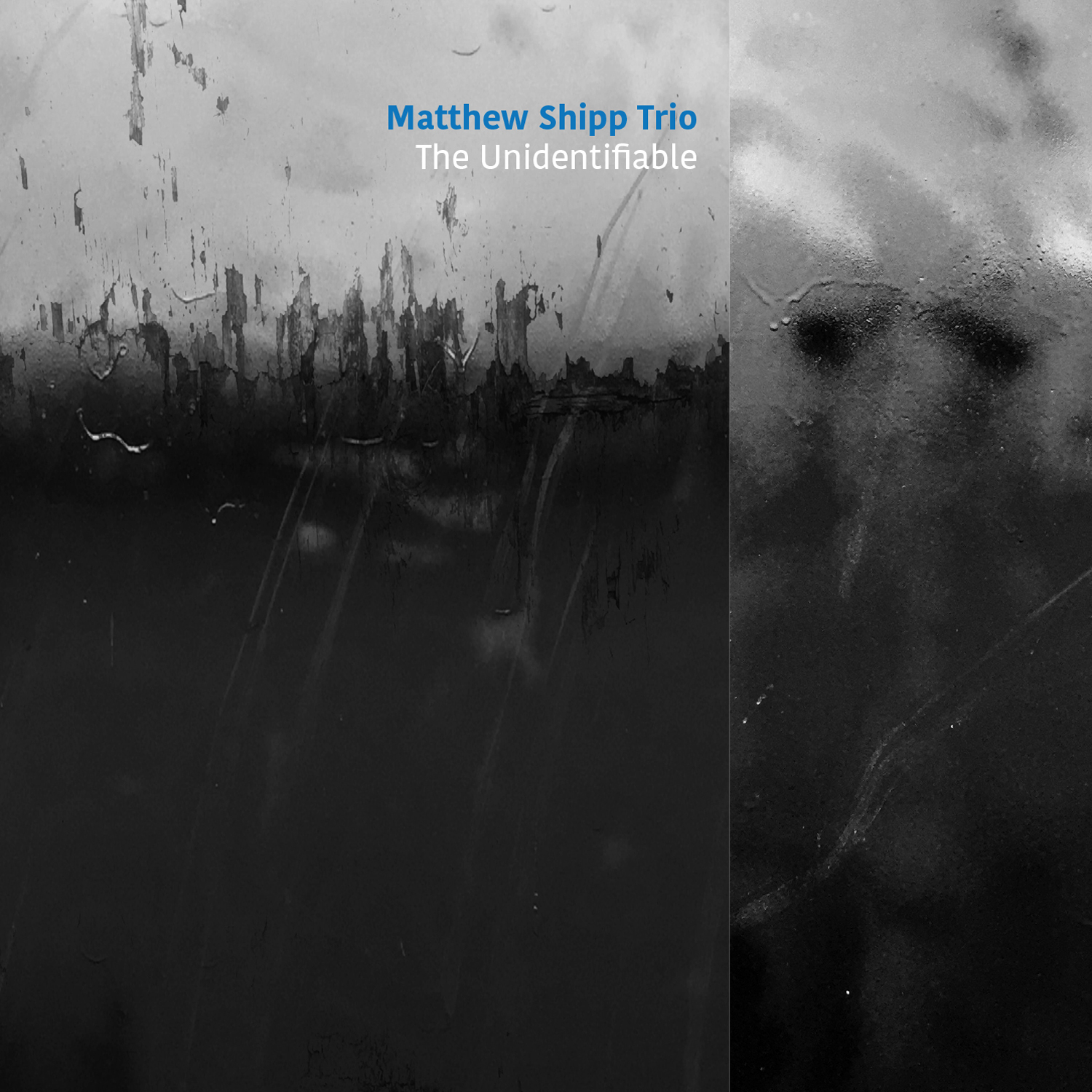 ACT Music Founder Siggi Loch Celebrates 80th Birthday with New Compilation and Book: ACT Music founder Siggi Loch will celebrate his 80th birthday on August 6. To mark this occasion, the label will release a limited edition narrative illustrated book, A Life in the Spirit of Jazz. The book will feature photos, anecdotes and dedications of close companions. A 2xCD compilation of the same name, compiled by Loch himself, will also be released on this date. The compilation features music by such artists as Sidney Bechet, Larry Coryell & Philip Catherine, John Lee Hooker,  Esbjörn Svensson and many more. 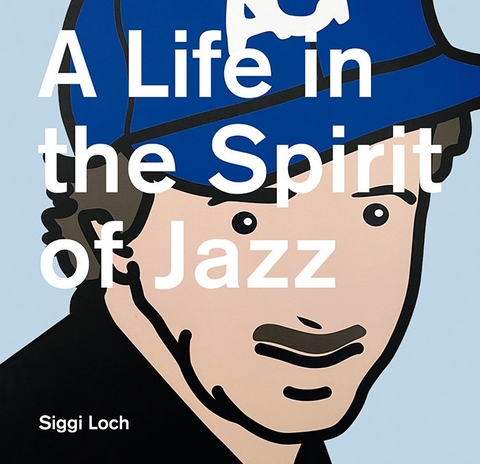 Peggy Lee Centennial Year Celebration Continues With New Music Releases and PBS Documentary: The centennial celebration of Peggy Lee‘s birth continues. The Peggy Lee Estate has released The Capitol Transcriptions 1946-1949 in conjunction with UMe/Capitol. This is a digital-only 72-track collection, including 55 songs making their worldwide digital debut, recorded by Lee for Capitol, mostly backed by a small jazz group. In addition, PBS will be airing an updated version of Fever: The Music of Peggy Lee from mid-July to the week of August 29. The documentary originally aired in 2004, has been updated for the centennial commemoration and explores Lee’s life and songs as told in her own words, through vintage interviews and performances. Check local listings for air dates and times. 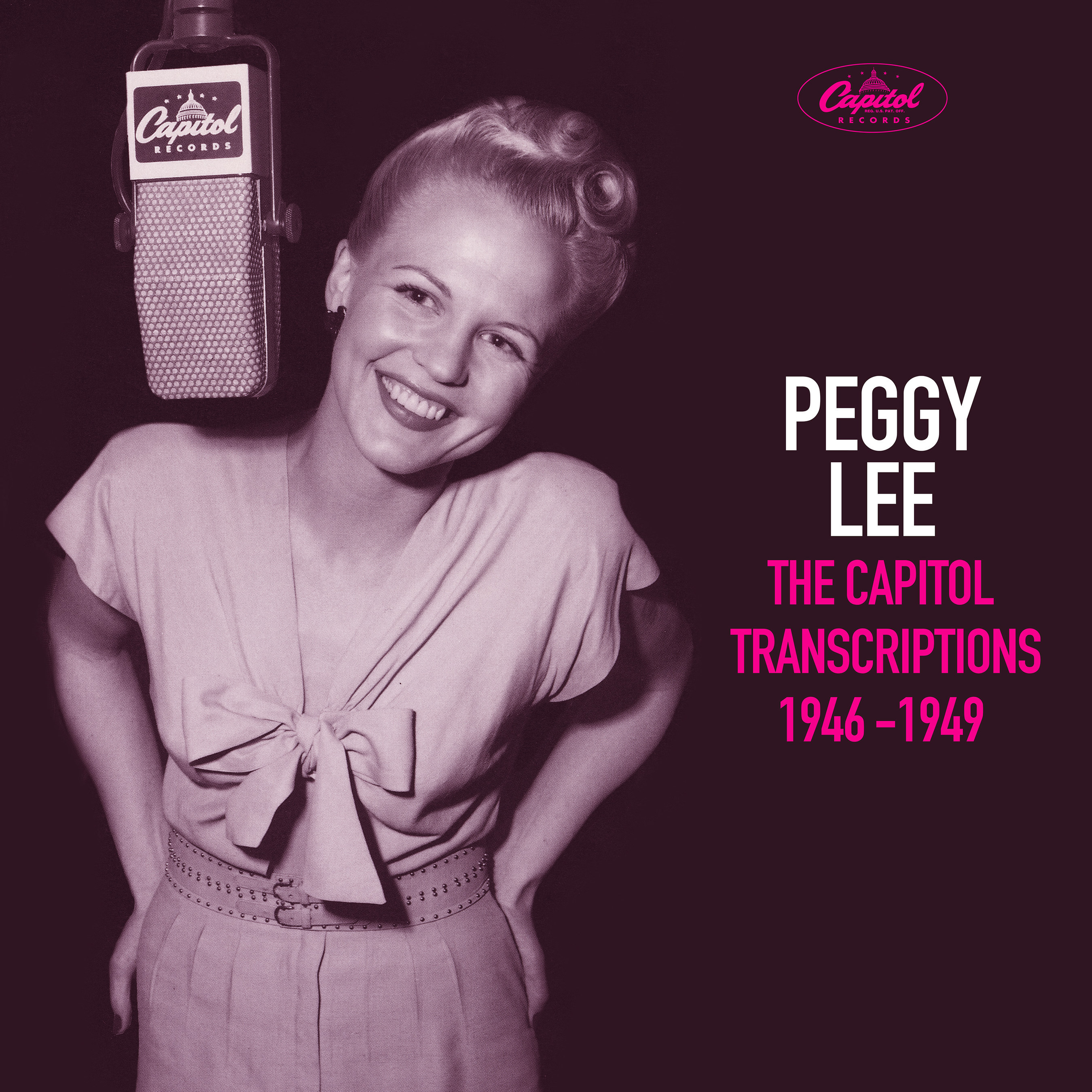 Jaga Jazzist Share New Single and Video: Norwegian eight-piece Jaga Jazzist have released “Tomita,” a nod to Japanese composer/synth player Isao Tomita. This is their new single off their forthcoming album, Pyramid, which is due out August 7 via Brainfeeder. Pyramid marks Jaga Jazzist’s ninth album and Brainfeeder debut, and bandleader Lars Horntveth defines it as “a small symphony, each part containing its own rooms to explore.”

Busty and the Bass Release New Single: 8-piece Montreal jazz-funk collective Busty and the Bass have announced that they will be dropping their new album, Eddie, on August 14. The news comes with the release of a new single, “Go So Far,” a laid-back, jazz-rap song featuring Slum Village’s Illa J and Jon Connor. The album also features collaborations with George Clinton and Macy Gray.

New Verve/UMe Animated Series Celebrates Samba and Bossa Nova: Verve/UMe have launched a month-long audiovisual series named Summer Samba, celebrating samba and bossa nova. The tribute will pair some of the greatest songs of this sensuous canon by some of its greatest artists with vibrant animated visuals. The series kicked off this week with an official animated video for “The Girl from Ipanema,” from the 1964 album Getz/Gilberto that made bossa nova a worldwide phenomenon. The video is produced by Dreambar and animated by The Crocantes, and you can watch it via the player below.

SFJAZZ Appoints Denise Young as Board Chair: SFJAZZ – he non-profit presenter of the San Francisco Jazz Festival, the SFJAZZ Spring Season and numerous community and educational programs – has announced the appointment of Denise Young as its new Board Chair commencing September 1, 2020. “This is a critical moment for SFJAZZ to be not only stewards of music, but to be meaningfully engaged in the kind of conversations that will be world changing through music,” Young said via a statement. “Jazz, Black American music, and the social conditions it has narrated will continue to serve as a lens for humanity to see itself more clearly and fully.” 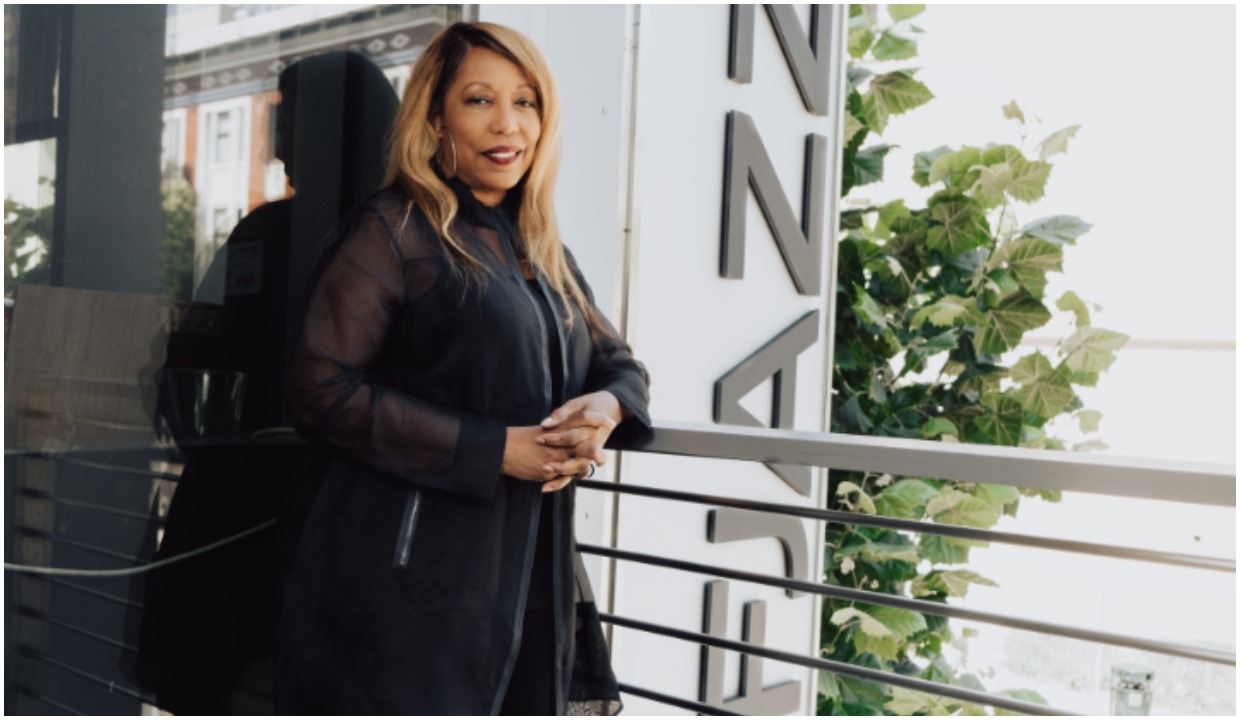 NEA Jazz Master Maria Schneider‘s new double-album is inspired by conflicting relationships between the digital and natural worlds. Data Lords is a major work featuring the composer/bandleader’s acclaimed orchestra of 18 world-class musicians including, among others, Ben Monder’s electric guitar in a prominent role on the first CD. 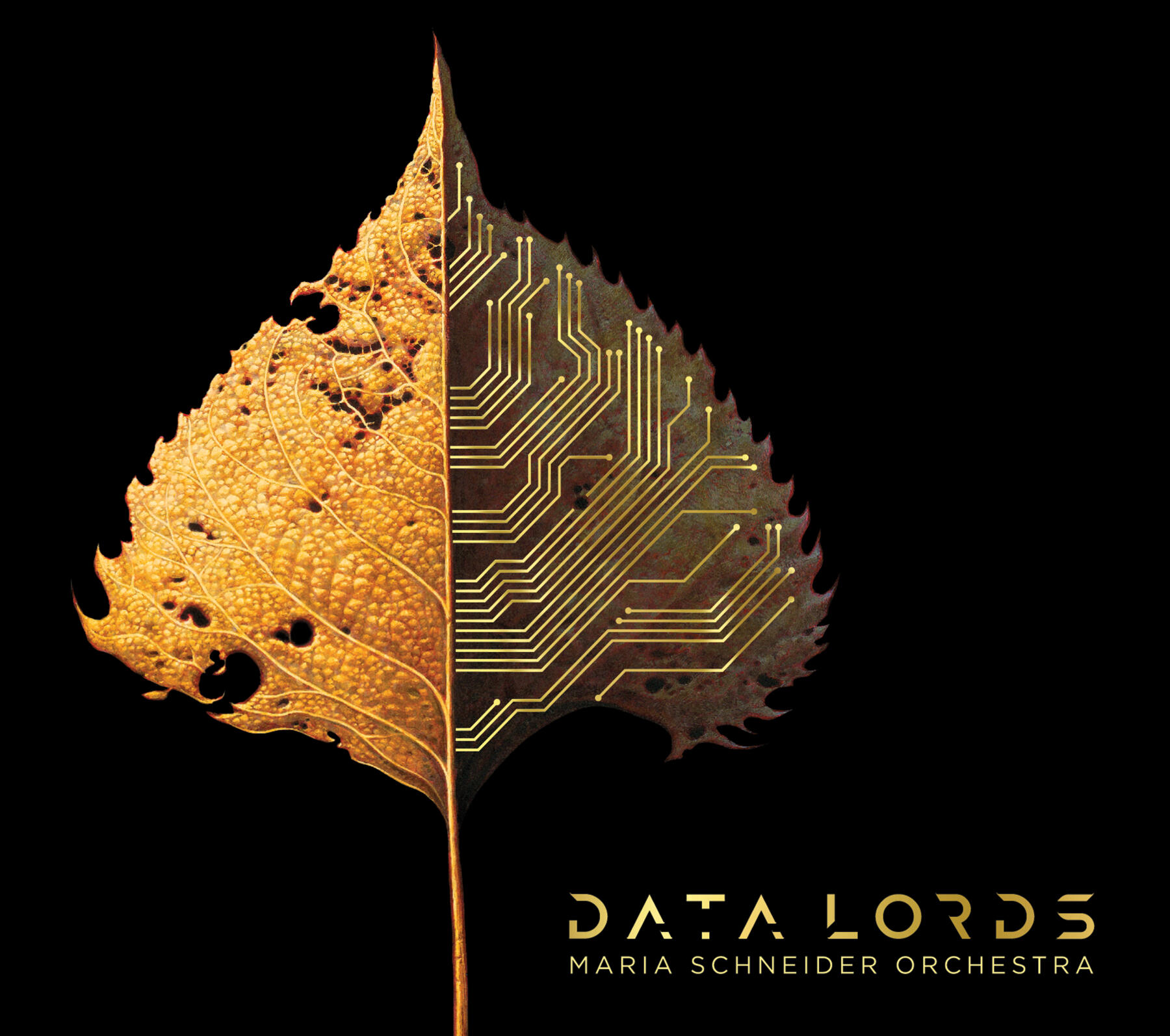 Trumpeter/composer/musical conceptualist Jon Hassell’s new album, Seeing Through Sound, continues his lifelong exploration of the possibilities of recombination of musical gene-splicing. This is the second volume in his Pentimento series, which he defines as the “reappearance in a painting of earlier images, forms, or strokes that have been changed and painted over.”

All-star collective trio Thumbscrew is formed by drummer/percussionist Tomas Fujiwara, guitarist Mary Halvorson and bassist Michael Formanek. On this album, they interpret music from the Tri-Centric Foundation’s voluminous Anthony Braxton archives, focusing on his unrecorded pieces, celebrating his legacy on the year of his 75th birthday.