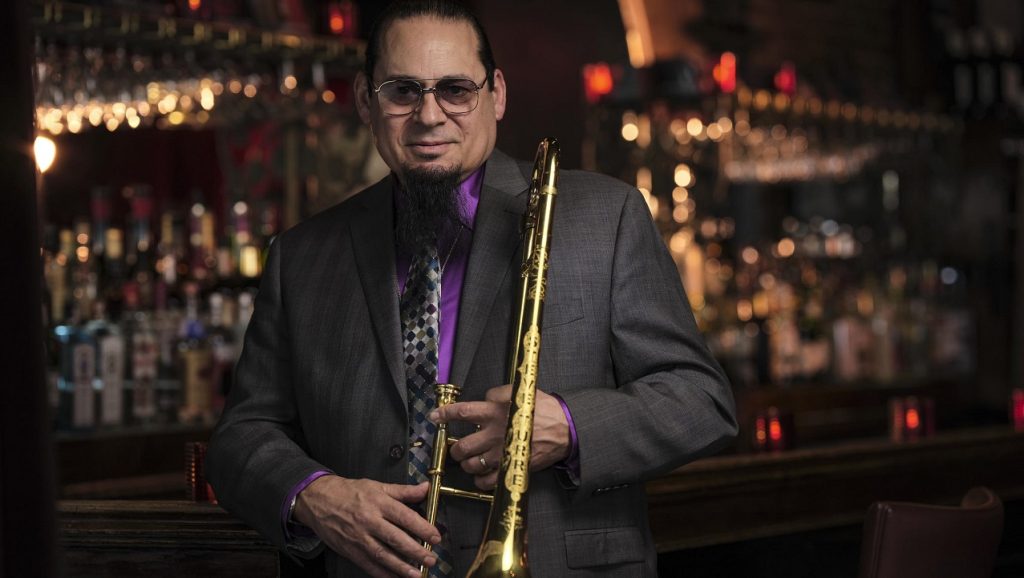 Trombonist Steve Turre may be best known as a founding member — and continued presence — in the Saturday Night Live band, but seasoned jazz fans remember him from his days with Art Blakey’s Jazz Messengers and as a sideman to trumpeter Woody Shaw. In those roles, he cultivated a reputation as a bold and innovative trombonist in the hard-bop vein, and recordings from that era reveal a trombonist of immense technical facility and harmonic invention. (They also helped establish him as the world’s foremost authority on jazz conch shell playing.)

Turre still brandishes plenty of chops on his new, mostly ballads disc, The Very Thought of You, but the feel is decidedly more mellow. It’s an impressive change of course for the trombonist, and equally exciting for listeners. For newcomers, the intimate setting serves as the perfect introduction to Turre’s style, as it allows plenty of time to luxuriate in the trombonist’s warm, inviting tone. Longtime jazz fans will appreciate the opportunity to hear Turre explore the contours of a song in slow motion. Take our Song of the Day, the title track to Turre’s new album, on which Turre and his ace rhythm section — Kenny Barron on piano, Buster Williams on bass and Willie Jones III on drums — turn the song’s enchanting melody into a sprawling, unhurried meditation on love and longing. A guest string ensemble adds even more layers of meaning to the tune, and provides the perfect backdrop to Turre’s luscious timbre.