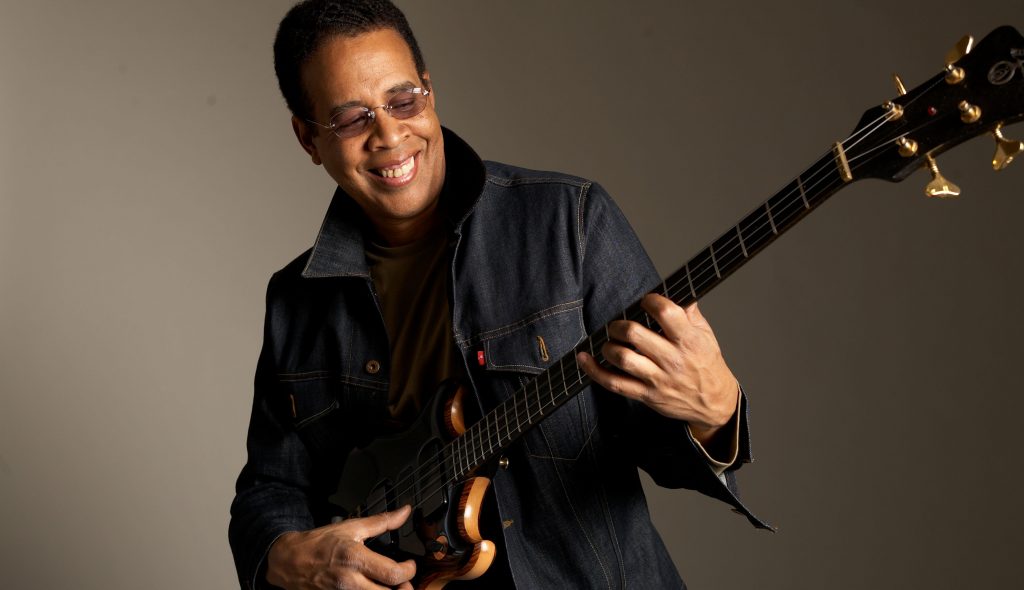 Stanley Clarke is among the countless jazz musicians mourning the loss of Aretha Franklin. After all, the universally acknowledged “Queen of Soul,” who died Thursday, August 16, at the age of 76, had an influence on music that carried far beyond the borders of R&B and soul, and she routinely employed top-tier jazz musicians to embolden her classic albums.

Clarke considered Franklin a friend and mentor, having played bass on several tracks of her Let Me In Your Life album, which was released by Atlantic Records in February 1974. (Keyboardist Bob James and drummer Bernard “Pretty” Purdie also contributed to the disc.) As a tribute to her legacy, Clarke penned a touching note of remembrance that has been circulating around the jazz world. It’s the word of one music legend to another, and it’s full of fond memories and praise. It warmed our hearts, and now we’d like to share it with you. Below is the full text: 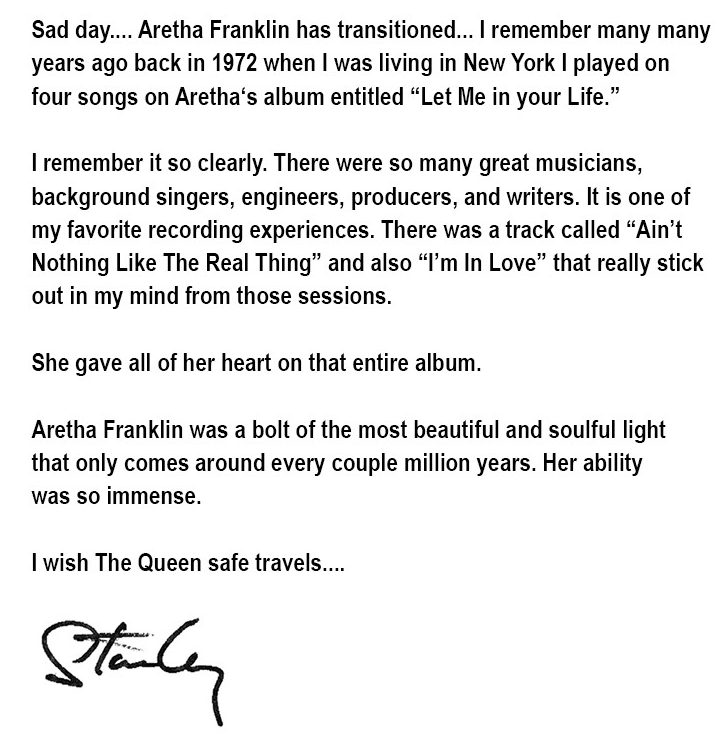 Listen to Aretha Franklin’s “Ain’t Nothing Like the Real Thing” featuring Stanley Clarke below: