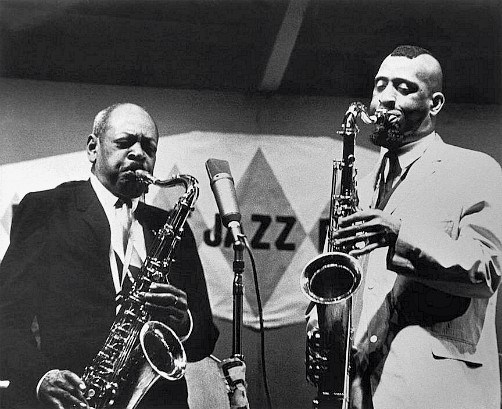 Today’s Song of the Day comes from the monumental 1963 album Sonny Meets Hawk!, featuring saxophone titans Sonny Rollins and Coleman Hawkins. Rollins, who technically claims the leader credit for this record, long considered Hawkins a mentor, and Sonny Meets Hawk! marked the first time the two saxophonists had entered a recording studio together. The resulting music is predictably delightful, but also just a little surprising.

Perhaps in an effort to contrast with his mentor — rather than overshadow him —Rollins plays with some of his most avant-garde stylings to date. (You rarely hear him play this far “out there.”) Compared with Hawkins laid-back coolness, it makes for a noteworthy study in modernity and tradition. Pianist Paul Bley, drummer McCurdy and bassist Bob Cranshaw round out the supporting ensemble.