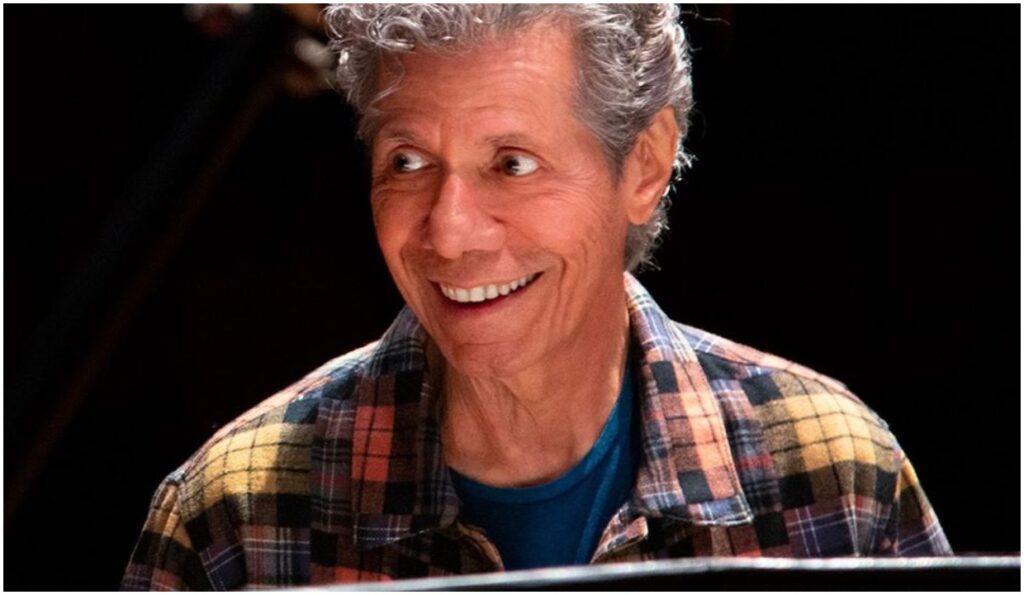 Chick Corea represents the wide spectrum of his keyboard influences on his intimate, explorative and inventive upcoming solo double album, Plays, due out September 11 via Concord Jazz. The record finds the piano legend engaging with several of his favorite composers including, among others, Wolfgang Amadeus Mozart, the Gershwins, Thelonious Monk and his longtime friend Stevie Wonder. In fact, the second disc on Plays opens with a harmonically effervescent take on the latter’s “Pastime Paradise” from 1976’s Song in the Key of Life, which you can listen to via the player below.

As well as interpretations of other composers’ works, Plays finds Corea performing his own compositions alongside spontaneous improvisations. “I’m part of a lineage,” Corea explains via a press release. “The thing that I do is similar to what Monk did, to what Bill Evans and Duke Ellington did, and moving back into another era of music, what Bach and Mozart and Beethoven did. These were all pianists who were composers at heart, who gathered their own musicians together to play. I feel so proud to be a part of that tradition.”

A JAZZIZ exclusive, Chick Corea’s take on Stevie Wonder’s “Pastime Paradise” can be streamed via the player below.

And for an inspiring behind-the-scenes look at the making of this song, we’re proud to present the following video in which Chick Corea discusses his history with Stevie Wonder and the profound influence Wonder has had on his musical life. This video has been provided to us courtesy of Concord Music Group.