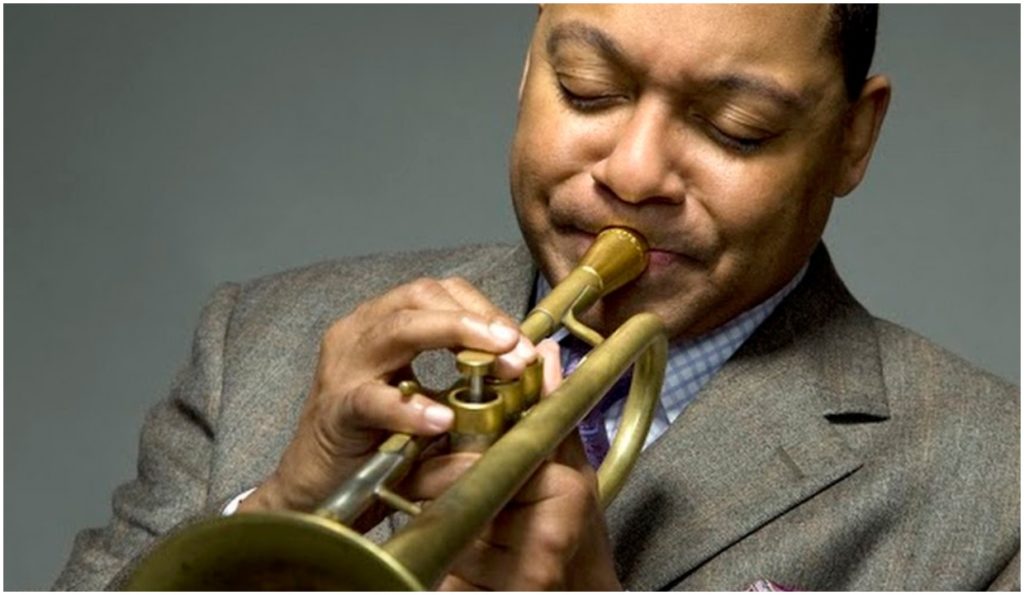 Wynton Marsalis, the game-changing trumpeter who burst onto the scene in the 1980s as a Young Lion and has since become one of the most visible figures in jazz, was born on this day (October 18) in New Orleans, Louisiana, 1961. He turns 58.

Marsalis came from musical royalty, one of six sons of pianist and New Orleans musical legend Ellis Marsalis. Three of Wynton’s brothers — Branford, Jason and Delfeayo — are also highly regarded jazz musicians. After graduating from Juilliard in 1979, Wynton hit the road as a member Art Blakey’s famed Jazz Messengers, and would later find favor in the eyes of Sarah Vaughan, Dizzy Gillespie, Sonny Rollins, Ron Carter and other jazz titans. As he developed as a bandleader, composer and performer, he would cement his role as a mouthpiece for jazz’s traditional origins and its roots in African American culture.

In 1987 Wynton Marsalis co-founded a jazz program at Lincoln Center, serving as its artistic director. Under his’ auspices, the program has grown to become one of the premier jazz performing arts centers in the world, and its namesake orchestra has earned a prestigious reputation in both musical and educational circles. That same year, Marsalis released the album Marsalis Standard Time, Vol. 1, the first in an ongoing series in which the trumpeter re-invents classic jazz standards. Featuring longtime Marsalis collaborators Marcus Roberts on piano, Jeff “Tain” Watts on drums and Robert Leslie Hurst III on bass, the album won the Grammy award for Best Jazz Instrumental Performance, Group, in 1988. Our Song of the Day is Marsalis’ take on the classic Ray Noble composition “Cherokee.” Despite the tune’s blazingly fast tempo, Marsalis’ solo swings hard and deep, with all the calm assurance of a virtuoso at home in his craft.