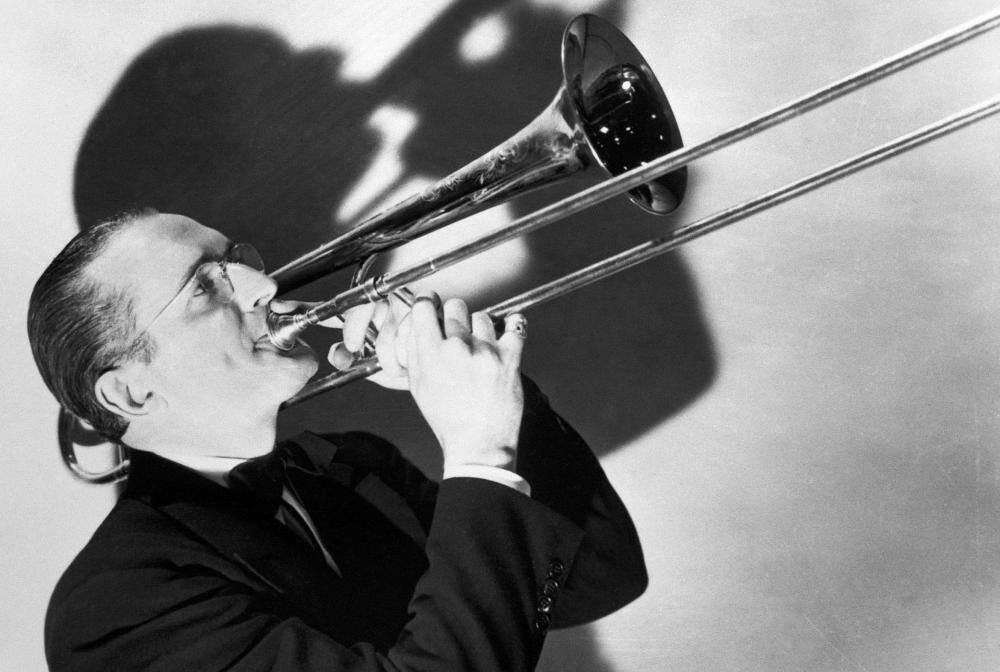 Bandleader Tommy Dorsey was born on this day (November 19), in Shenandoah, Pennsylvania, in 1905. This trombone-playing brother of Jimmy Dorsey was among the more popular figures of the Swing Era, leading a band through the 1930s and ’40s that minted some of that time periods’ most enduring hits. But aside from his commercial success, Dorsey’s other big claim to fame was that he was one of the first bandleaders to work with Frank Sinatra, and it’s often said that Ol’ Blue Eyes learned his famous technique of breath control by watching Dorsey play the trombone. Our Song of the Day, “I’m Getting Sentimental Over You,” was considered Dorsey’s theme song. It features his rich, elegant trombone voice prominently. If it sounds familiar, you may have heard it in the Woody Allen film Radio Days.