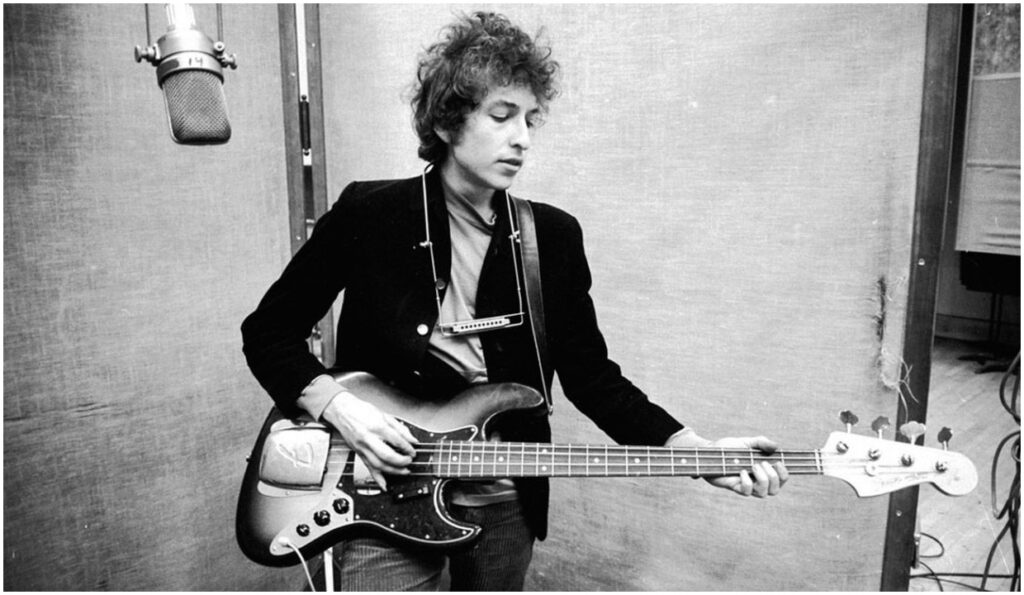 There’s nothing unusual about the concept of a jazz album of versions of compositions by Bob Dylan. Yet, there is definitely something odd about the somewhat forgotten Dylan Jazz. The music isn’t particularly striking. The fact the album was released in 1966, in the midst of an avant-garde and free jazz shakeup, meant that Dylan Jazz had little chance of appealing to the jazz aficionados. Then again, this wasn’t necessarily the project’s goal. In fact, Dylan Jazz was merely one of many of the period’s jazz albums of covers of popular songs, presented in unthreatening arrangements, performed by session musicians mostly content with staying close to the original melodies.

What is rather surprising and makes this slightly more than an average novelty record is the calibre of some of the names involved, beginning with co-producer Leon Russell. The band in question is The Gene Norman Group, and the fact that it was named after a TV impresario rather than a music artist should be telling. Yet, its lineup includes a then-unknown Gene Campbell on guitar, as well as Jim Horn and Hal Blaine. Their talent occasionally shines through, even within an overly quirky and superficial, dinner jazz arrangement of a classic like “Blowin’ in the Wind.”