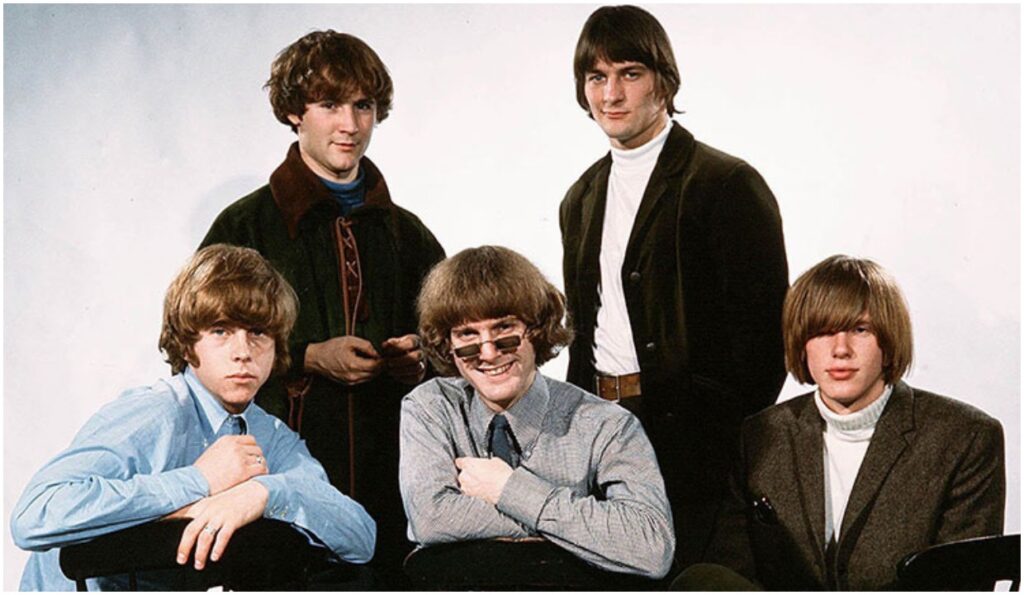 During the 1960s and 1970s, many rock bands experimented with new sounds and looked to the jazz idiom to develop the psychedelia and raga rock styles. The Byrds were among the best of them at doing so. Their 1966 album, Fifth Dimension marked a sensational shift in the direction of their music. Prior to its release, they had been playing an idiosyncratic fusion of American folk-rock and British Invasion music.

On Fifth Dimension, The Byrds showcased more free-form structures and impressionistic, psychologically-themed lyrics. Its lead single, “Eight Miles High,” particularly reveals influences from sitar virtuoso Ravi Shankar and jazz saxophone legend John Coltrane, especially in Jim McGuinn’s wild and improvised twelve-string guitar solo. This was also to be one of their final successful singles and was released shortly before the exit of Gene Clark, The Byrds’ main songwriter, from the band.