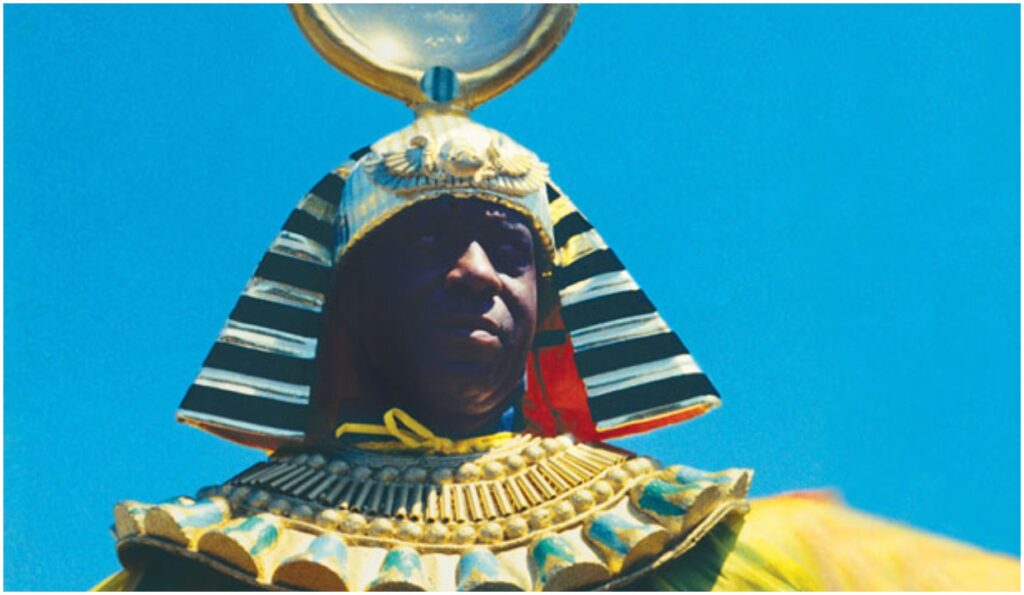 Today, we remember the well-respected jazz and blues musician Herman Poole Blount, who was born on this day in 1914 and whose body was taken over by Sun Ra from the planet Saturn sometime in 1956. The event transformed him into an Afrofuturist pioneer who would deeply influence the world of music and philosophy. His declared aim was to awaken the inner eye of the human race. As such, the sublime “Door of the Cosmos,” recorded in 1979, feels like a lush and peaceful invitation to his endlessly rich, varied, transcendental audio universe; an invitation strengthened by that repeated chant, “More than life interested me so/That I dared to knock at the door of the cosmos.”