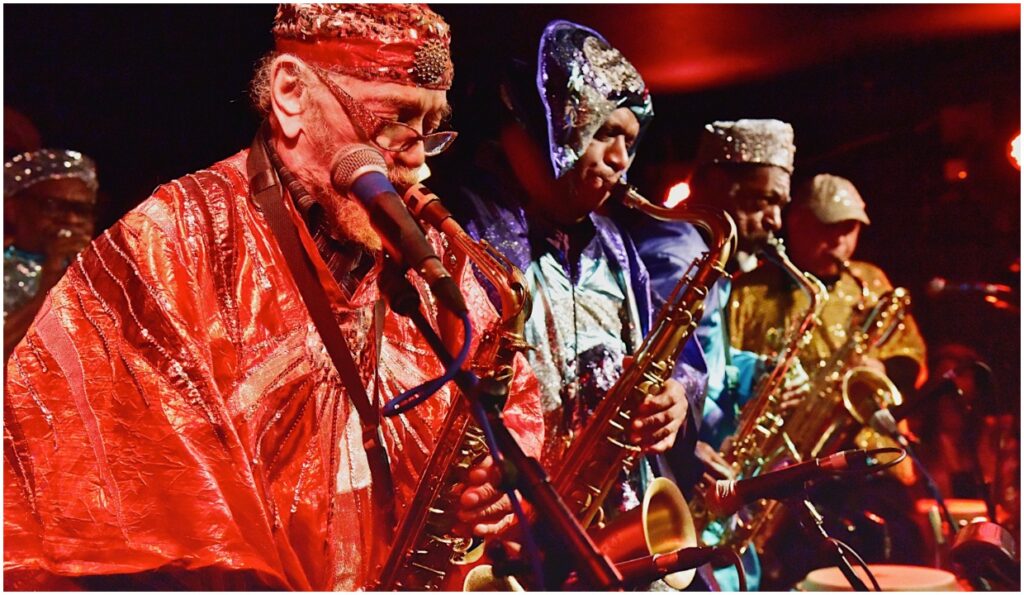 The Sun Ra Arkestra, under the direction of alto saxophonist Marshall Allen, released their first album in more than two decades earlier this year via Strut. The album is titled Swirling and we included it in the first part of our list of the best jazz albums of 2020. The title comes from the one Allen composition of the tracklist, which blends elements of swing, avant-garde, electronic abstraction, avant-garde improvisation and early rock and roll. At 96 years old, Allen is still going strong and this track reflects the spirit of the new album as a whole, which celebrates the eclectic creativity of the Arkestra ensemble and the legendary bandleader Sun Ra, with whom Allen collaborated for two-thirds of his life.