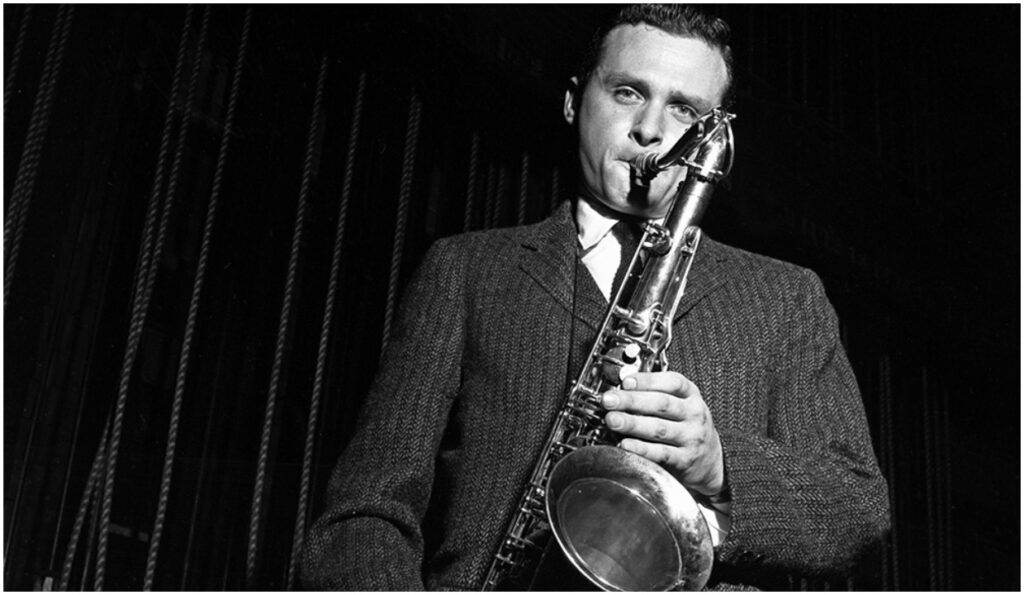 “That’s Why They Call Me Shine,” later known simply as “Shine,” was originally composed in 1910 with lyrics by Cecil Mack. While it is an uptempo tune, it has long been speculated that the words were written about a real man the songwriter had witnessed being badly beaten by the New York City police. It remained popular in the first half of the 20th century, particularly via versions by The California Ramblers, Louis Armstrong and Ella Fitzgerald.

In 1955, saxophonist Stan Getz chose it as the closing song for West Coast Jazz. Its rapid-fire pace fit the provocative nature of the record. Despite its title and Getz’s characteristic lyrical tone, the record provocatively revolved around the virtuosic playing that had particularly defined the bebop era rather than West Coast Jazz’s smooth style.