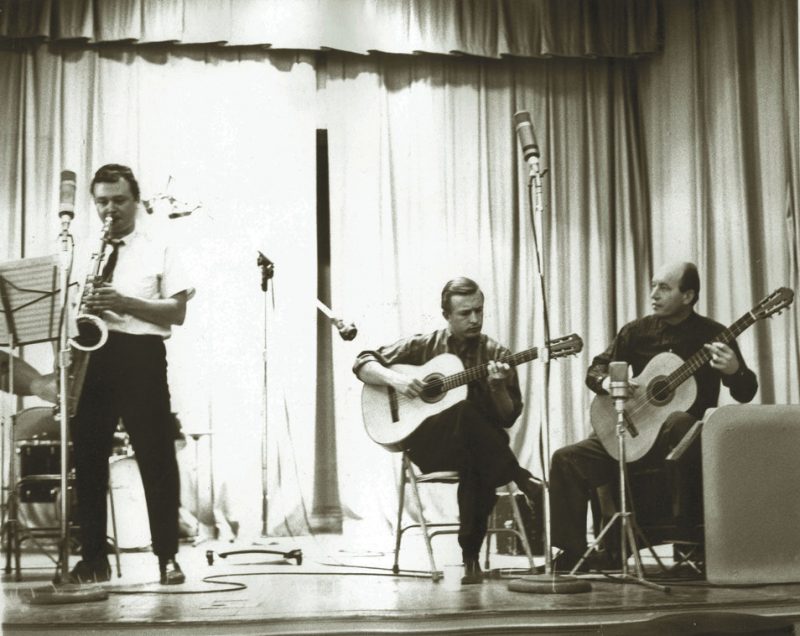 Stan Getz, Joe Byrd and Charlie Byrd in a photo from the Jazz Samba recording session

On this date in 1962, saxophonist Stan Getz and guitarist Charlie Byrd — Brazilophiles both — came together at All Souls Unitarian Church in Washington, D.C., to record Jazz Samba, one of America’s earliest known recordings of bossa nova. The album earned Getz a Grammy Award for Best Jazz Performance the following year, and would go on to spark a nationwide bossa nova craze. “Samba De Uma Nota So,” our Song of the Day, was one of two compositions written by Brazilian songcraftsman Antonio Carlos Jobim to appear on the album. The other was the perpetually listenable “Desafinado.”